1. Can you give us an introduction to the band for people that will be hearing of you for the first time?
1. My name is Matthew and Towering Filth is music I wrote and recorded all by myself.

2.How would you describe your musical sound?
2. I would say stark and pissed, the theme is the music is oppression.

3.Can you tell us a little bit more about the lyrics that you write for the band?
3. I write lyrics in a stream of conscious style. Most of them carry a thin narrative and overall theme.

4.What is the meaning and inspiration behind the name 'Towering Filth'?
4. My original idea was Towering Flesh but I realized that was a Pig Destroyer song. I didn’t want to be one of those bands named after another bands song so I changed it. Also Towering Filth is significant because I do a lot of “writing for the trash can” where I just write all the time even though most of it isn’t very good.

5.According to the Metal Archives page this band is solo in the studio, are you interested in working with a full band on future releases?
5. Absolutely, I tried it a few times but people keep wanting to put there own ideas on it, which can be cool, but most of the time it’s awful. I like working alone to keep things cohesive.

6.What are some of the best shows that the band has played over the years and also how would you describe your stage performance?
6. We only played 3 as a full band and the first one was probably the best.

7.Do you have any touring or show plans for the future?
7. Nope, just working on this next record.

8.Recently you did a Germs cover, what was the decision behind during your own version of one of their songs?
8. I watched a documentary about the BYO and the early days of the record label. That song was in the documentary and caught my attention. I also dug it because it’s outside of my style.

9.The last album came out on Monolithic Records, can you tell us a little bit more about this label?
9. It came about through Heavy Blog is Heavy digging my original demo. It’s more of a distribution deal since I recorded the record myself. I don’t hear from them very often.

10.On a worldwide level how has the feedback been to your recordings and stage performances by fans of underground music?
10. The online response has been very slow. The music takes some patience to get into.

11.What direction do you see your music heading into on future releases?
11. Faster, the earlier demos were slow because I was pretty awful at guitar. The new stuff is fast and a bit more technical.

12.What are some bands or musical styles that have influenced your music and also what are you listening to nowadays?

13.Outside of music what are some of your interests?
13. I’m a bartender and a recording engineer.

14.Any final words or thoughts before we wrap up this interview?
14. Thanks for taking the time to check out the music. My next release will be called Bask and is a decent percentage written.

Posted by OccultBlackMetal at 6:18 PM No comments: 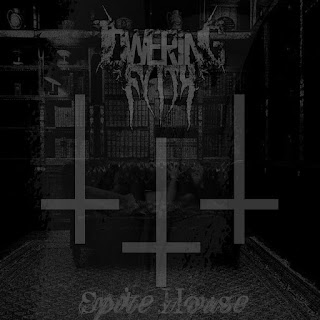 The  single  starts  off  with  some  powerful  sounding  bass  guitars  and  drums  before  going  into  some  heavy  sludge/doom  metal  guitar  riffs  along  with  some  blackened  hardcore  screams  and  then  the  music  goes  into  a  more  atmospheric  and  melodic  direction  while  also  remaining  heavy  all  at  the  same  time.

In  my  opinion  this  is  another  great  sounding  recording  from  Towering  Filth  and  if  you  are  a  fan  of  blackened  sludge  metal/hardcore,  you  should  check  out  this  single.  HIGHLY  RECOMMENDED.

Posted by OccultBlackMetal at 8:05 PM No comments:

Towering Filth/As Well As You Should/2012 Single Review 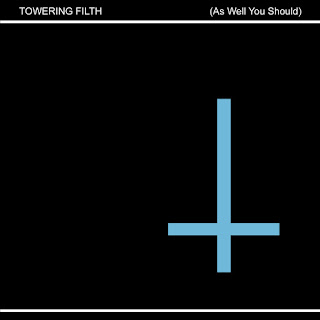