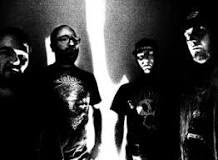 Well, right now were waiting for the record to come out and preparing for playing some shows to support it and make our existence known to people.

2.You have a new ep coming out towards the end of April, can you tell us a little bit more about your musical sound?

Our sound is a natural emanation of our collective creative input. We all bring something different to the table, as we all have a history in other bands that are quite diverse. The sound is basically what naturally emerges when you put the four of us in a room with instruments.

The lyrics are a way of tackling our frustration with contemporary culture and politics. The lyrics are tied very much to the sound of the music, as the music is a vessel for the lyrical themes and vice versa.

4.What is the meaning and inspiration behind the name 'Anti Ritual'

The idea was that we wanted to have a different take on being in a band. Having all been so before, we just wanted to steer clear of the whole social media circus for example. We didn’t want the hassle of creating and maintaining a profile on, say, Facebook. As such we kept the whole project a secret until the record was recorded and ready for streaming. Also the name expresses our general feeling of being in opposition to a lot of things, and us playing and singing is our act of getting out the anger of frustration.

We still have our debut show to look forward to, but there’s a few things in the works at this point.

Yes, but so far there is still a few more pieces that need to fall in to place before we’re ready to talk about them.

7.Your ep is going to be released as a joint effort between Indisciplinarian and Vendetta Records, can you tell us a little bit more about these labels?

Well, Indisciplinarian is a label run by our drummer and guitarist focusing on heavy and aggressive music on vinyl. Vendetta is a well renowned label from Berlin. They have a quite impressive stable of bands that we are honored to be a part of, such as Thou, Salome, Ash Borer, Whitehorse and the list goes on. If you don’t know any of these labels, get on it now!

8.On a worldwide level how has the feedback been to your music by fans of underground metal and hardcore?

So far we have received a handful of reviews of our EP and they’ve been quite positive. Being involved in the process of writing and recording a record can make it real hard for you do look at it objectively, so it feels amazing to see all the positive feedback.

As for a full length, only time will tell. We are all quite busy people, but let’s just say that recording this record has made us want more and assured us that this is not the end of Anti Ritual. As to where we are heading musically in the future, I’d say along the same path were on now. It seems to work out for us.

10.What are some of the bands or musical styles that have had an influence on your music and also what are you listening to nowadays?
We are four individuals who are all musicnerds, so I can only speak for myself. These days, I’m really into a lot of Canadian and American black metal such as Délétère, Sanctuire, Hæthen, Lluvia, Bael Kultus, Odz Manouk, Xothist the whole Rhinocervs thing and pretty much anything put out by the incredible label Fallen Empire Records.

I work as a librarian, so obviously literature has always played a huge part in my life. Apart from that Im a huge musicnerd and record collector, so that, and politics takes up a lot of my time.

Not much besides thanking you for taking an interest in Anti Ritual. All the best.

Posted by OccultBlackMetal at 5:47 PM No comments: 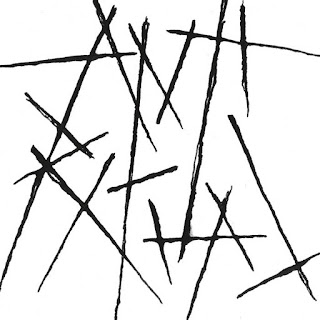 Anti  Ritual  have  a  great  balance between  darkness  and  energy  with  their  blackened  hardcore sludge  metal  sound  along  with  a  very  dark  and  heavy  production  and  lyrics  that  criticize  the  mainstream  structures  of  society.

http://www.cvltnation.com/cvlt-nation-streaming-anti-ritual-ep-interview/
Posted by OccultBlackMetal at 9:28 PM No comments: