1.For those that have never heard of you before, can you tell us a little bit about the musical project?

Clint - It comes from The Neofolk and Pagan Black metal I have loved over the years I founding member of  As All Die ( Martial Neofolk/Noise) I wanted to bring some of those elements back with my love of bands like  Tenhi, Of the Wand and the Moon, Antimatter, Falkenbach and Blood Axis. Ryan brought in the Goth elements for sure esp on track 3 " The Watcher" which he does the vocals on.  Goto - https://magnifolk.bandcamp.com/  to hear and order !!!

2.You have an ep coming out in September, can you tell us a little bit more about the musical style you went for on the recording?

Clint-  I would  Say  Folk, Black metal,  Northern European Pagan music and some Gothic Doom elements
Ryan-  Well at RPM Studios we went with a nice acoustic folk undertones and we just let the project grow as it was I wanted the Neil Young darker side of the folk doom style of music


3.A lot of your lyrics and the band name come from Asataru and Norse Paganism, can you tell us a little bit more about your interest in this path?

Clint- I'm a worshiper of Asatru and have had a love of bands that follow that path so many to mention but many in Viking, Black, Death Metal and Neo classical and folks sides. I never take my hammer off even while sleeping. The lyrics are around how Raganok is the End and Rebirth of mankind all at once and how there is never really an ending, it's just the next cycle to something new. The name is just one of Thors son's and the only one to ever be able to use Mjölnir. The Germanic Gods are more like us then you think and we need to go back to the old ways or this world is doomed to suffer.

4.Can you tell us a little bit more about the artwork that is presented on the new ep cover?

Clint- The cover is German Wheel of the year that shows the eight Sabbats for Festivals.

5.The ep is coming out on 'Dead Games Records', can you tell us a little bit more about this label?

Clint-  DGR is a label Ryan started years ago and then seemed to go into slumber He and I decided to give it a rebirth and release some of our material to start so 1st 4 releases are  Idiot Robot ( DeathPop/Indie Rock)  Magni ( Blackened Prog Folk)  Until the Sky Dies ( Death/Doom meets Odd Electro Post Metal) and The Slumbering ( Doom Noise). At this time it's a label just for our projects but who knows as we are fully focused on the label doing Limited CD or Cassette Runs for releases and well as full PR push through Against PR and have Digital Distro through all the major channels. goto http://deadgamesrecords.com its all there.

6.On a worldwide level how has the reaction been to your music by fans of black metal and folk music?

Clint-As the album is not even out yet only time will tell. Those who have heard or pre-ordered the feedback have been very positive. Many say it the favorite thing I've done in years.

7.Are any of the band members currently involved with any other bands or musical projects these days?

Clint- Until the sky dies, Kadaver/Listing, The Slumbering, Idiot Robot


8.When can we expect a full length and also where do you see the project heading into musically during the future?

Clint- I'm working on new material already and it's going to be in the same common themes . Magni is a Pagan Folk Project with Blackened Metal and Gothic overtone. I hope to have a full length out by end of 2021


10.What are some of your non musical interests? 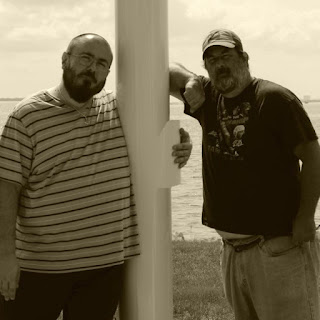 Posted by OccultBlackMetal at 10:46 PM No comments: 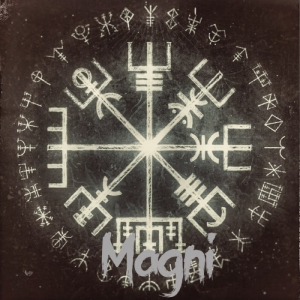 Folk  instruments  and  acoustic  guitars  start  off  the  ep  along  with  some  clean  goth  style  vocals  while  the  music  also  gets  very  progressive  sounding  at  times.  Whispered  vocals  can  also  be  heard  in  some  parts  of  the  recording  along  with  some  drum  beats  also  being  added   into  certain  sections  of  the  tracks.

One  track  also  introduces  keyboards  and  symphonic  elements  onto  the  recording  while  grim  black  emtal  screams  can  also be heard briefly.  All  of  the  tracks  all  sound  very  different  from  each  other  as  well  as  always  sticking  to  very  very  slow  musical  direction.

Magni  plays  a  musical  style  that  takes  dark  gothic  folk,  progressive  rock  and  black  metal  and  mixes  them  together  to  create  a  sound  of  their own.  The  production  sounds  very  dark  while  the  lyrics  cover  Norse  Paganism  themes.


https://www.youtube.com/watch?v=JMQ112UQxwo
Posted by OccultBlackMetal at 12:12 AM No comments: