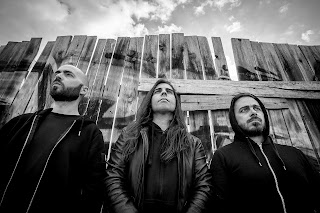 Can you give us an update on what has been going on with the band since the recording and release of the new album?

WV: Since the recording and release of Reconcile the Antinomy, we’ve been given interviews to the press and also presenting the album on live acts.
On December we were at Under The Doom Fest at RCA Club in Lisbon where we played with several bands such as Alcest, Daylight Dyes, Consecration and Petrichor.
We’ve played with our good friends Soul of Anubis in our vinyl release party with our labels Chaosphere and Raging Planet, at Sabotage Club in Lisbon.

In November you had released a new album, musically how does it differ from the stuff you have released in the past?

WV: For us this is another step that we’ve taken, we know each other better than before and we’re exploring our creativity in new approaches without losing our darker ambience, adding new textures in our process.

The lyrics on the new album go into Hermeticism, Occultism, Cosmology and Theology, can you tell us a little bit more about your interest in those topics?


WV:  RTA is the reconciliation of man with spirituality, the new dawn of a long forgotten inner light and a dusk for a painful era. In this record we focused on numerous aspects and themes and all converged into one;  we have to move forward from the mundane and systematic routines that enclures our hearts and souls. RTA lyrics focus on a ancient remembrance that have to be summon from her slumber.

What is the meaning and inspiration behind the name 'Wells Valley'?

WV: Wells Valley come from the history of mankind, for centuries Man occupied the valleys where they felt safe and where it as possible to survive, than one of the major factor was the well, for some it was life because of the water, for others was a weapon where you could poison your enemies and also where some people choose to put en to their life.

Can you tell us a little bit more about the artwork that is presented on the new album cover?

WV: The cover art of RTA is based on the alchemical tree of metals, this image has a lot of symbolic meaning and that fits perfectly on the Wells Valley imaginary and it’s based in a very old illustration. The original picture belongs to a compendium of alchemical manuscripts that got something like three centuries. So after we discussed and tried different concepts this was the one that fitted entirely in the graphic prototype that we have looked for. We just applied a new vision and graphic style to the concept.

What are some of the best shows that the band has played over the years and also how would you describe your stage performance?

WV: This is a common place, but every show has its value to us.
We’ve been performing since 2015: Burning Light festival, SWR festival in Barroselas, playing with bands such as Bolzer, Mantar, Weedeater, Jucifer , Bizarra Locomotiva, Process of Guilt, Earth Drive; Soul of Anubis, they mean a lot for us.
In stage we like to perform accurately and give as much as possible the air impact of our musical approach.

Do you have any touring or show plans for 2020?

WV: Honestly we don’t have nothing closed yet but our goal is to play in some European venues. Keep and eye on our Facebook page, or at www.wellsvalley.net.
We’ll share all the news!

On a worldwide level how has the reaction been to your newer music by fans of avant garde, black, doom, sludge and post metal?

WV: We’ve been praised by some fans from all wide world, United States, Germany New Zealand... The common feeling is that our fans like our new album and they want us to play near them, so maybe the future will bring us surprises.


Where do you see the band heading into musically during the future?

WV: Musically the future will be denser and heavier, we got some ideas and now we are planning the moment to start making some preproduction of new material

What are some of the bands or musical styles that have had an influence on your newer music and also what are you listening to nowadays?

WV : We listen and got tons of influences from classical music to the most extreme metal. We pay attention to all.


Before we wrap up this interview, do you have any final words or thoughts?

WV: Keep on supporting Wells Valley, buy our material and go see us live. Nothing gives us more pleasure than being at a show absorbing new experiences with a crowd. 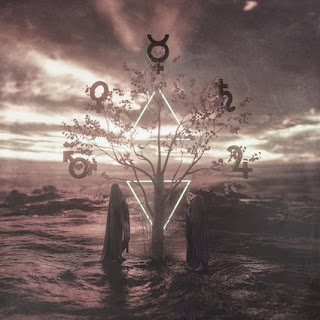 Clean  playing  can  also  be  heard  in  certain  sections  of  the  recording  along  with  the  faster  sections  of  the  songs  also  adding  in  a  decent  amount  of  blast  beats  as  well  as  the  music  also  having  its  atmospheric  moments  and  when  guitar  leads  are  utilized  they  are  done  in  a  very  distorted  yet  melodic  style  and  as  the  album  progresses  the  vocals  start  incorporating  more  growls.  The  production  sounds  very  professional  while  the  lyrics  cover  cosmology,  hermeticism  and  theology  themes.

https://youtu.be/3dL-5Fvwk5E
Posted by OccultBlackMetal at 12:04 AM No comments: