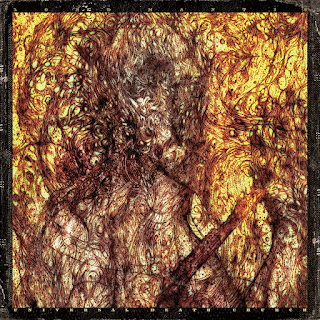 As  the  album  progresses  a  small  amount  of  synths  and  clean  playing  are  also  added  onto  the  recording  as  well  as  one  track  also  introducing  acoustic  guitars  onto  the  album  which  also  gives  the  music  more  of  a  desert  like  atmosphere  and  a  later  song  also  adds  in  a  small  amount  of  clean  vocals,  blast  beats  can  also  be heard  briefly.  The  production  sounds  very  professional  while  the  lyrics  cover  Occultism  and  Darkness with  some  touches  on  Sante  Muerte  and  the  Qliphotic  demons.

Posted by OccultBlackMetal at 9:50 PM No comments: 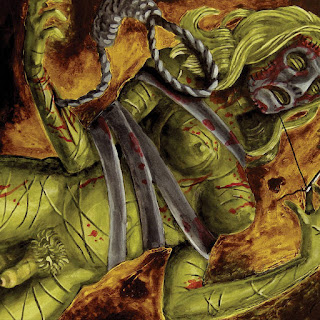 With  this  album  lord  Mantis  continue  the  blackened  sludge  of  previous  releases  while  also  being  a  bit  more  experimental  and  adding  in  more  melody  this  time  around  while  also  having  a  very  professional  sounding  production  and  showing  their  misanthropic  and  hatred  for  the  human  race  in  their  song  lyrics.

Posted by OccultBlackMetal at 8:05 PM No comments: 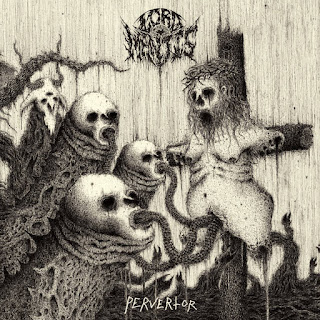 Lord Mantis are a band from Chicago, Illinois that plays a mixture of black metal and sludge and this is a review of their 2012 album "Pervertor" which will be released by Candlelight Records.

Drums range from slow to mid  paced drumming with only a brief use of fast playing and blast beats, while the bass playing has a very dark tone with riffs that follow the riffing that is coming out of the guitars.

Rhythm guitars range from slow to mid paced sludge/doom metal riffs that are also influenced by black metal, thrash and punk while the lead guitars are very noisy and distorted sounding guitar solos and leads.

Vocals are a mixture of high pitched black metal and sludge style screams mixed in with some deep blackened death metal growls, while the lyrics cover dark, perverted and occult themes, as for the production it has a very dark, deep, heavy, powerful and professional sound to it.

In my opinion Lord Mantis are a very great sounding black metal/sludge hybrid and if you are a fan of this style, you should check out this band. RECOMMENDED TRACKS INCLUDE "Pervertor Of The Will" "Ritual Killer" and "At The Mouth". RECOMMENDED BUY.