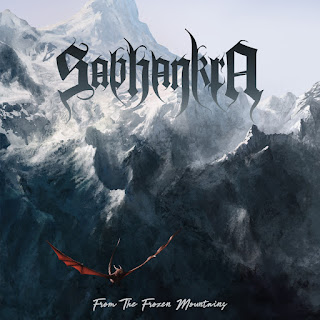 On  this  recording  Sabhankra  moves  away  from  the  folk  elements  and  focuses  more  on  an  epic,  symphonic  and  melodic  mixture  of  black  and  death  metal,  the  production  sounds  very  professional  while  the  lyrics  cover  epic  themes.

Posted by OccultBlackMetal at 8:22 PM No comments:

Hey guys ! We had a very fun recording session and finally we have released Seers Memoir prior to christmas time. For the moment we are very busy with getting prepared for our upcoming shows and writing materials for next album. (Yeah, there is no end for creation)

Well, everything is different than before now. Before recording this album we had to fullfill our military services and it was quite dark and boring. So this album is result of a military service in -20 C. The sound is dark and cold in comparision with our old releases. Genre is much closer to black metal but also still not that evil to call it black metal for me. Guitar sound is as raw as this music can handle, since we hate this modern extremely compressed ENGL/MESA sound. People criticize this a lot but this is the sound that we like. More than that, now we do a "guitar music". We no more have a keyboard player and we write much more guitar melodies. Still there are some keyboard parts but we use samples for that when it comes to live shows.

3.This is the first album to be released in 3 years, can you tell us a little bit more about the gap between releases?

This is a very ugly answer to give, "military service"

We always wrote about wars, legends, power and hate. And this time we poured a bit blasphemy on it.

Constantinopolis was my music project. I released 1 demo and 1 album with it. Then when it came to live shows, we decided to start SABHANKRA. It doesnt have a meaning, except the music we do.

For stage performance all i can say is "we love headbang". Just check youtube :) Our best shows were with Amorphis (2010) and Necrophagist (2006-2010) I guess. We had nice time with funny people.

Of course ; we plan a turkey tour and Russia and Balkan (i wish so) tour.

8.The new album was released on Haarbn productions, can you tell us a little bit more about this label?

Haarbn is a sub-label of russian Metalism Records. They deserve some salutes with being so interested in our music from the beginning. They usually work with black/folk bands.

9.On a worldwide level how has the feedback been to the new album by fans of black and death metal?

Response is very good. The first press is almost sold-out. The feedback we got is mostly positive. (As I mentioned, some guys are so much in love with compressed guitar sounds. There is no need for every band to sound like Rammstein )

10.Are any of the band members also involved with any other musical projects or bands these days?

Indeed. I played with so many bands in past from very different genres. Our bass player now also playing with Crimson Hill. Our lead guitarist is obssesed with 80's rock and plays mostly glam when he is not with us. Drummer Mehmet earns his living as a drum-tech. Touring with famous turkish rock bands as a drummer and sometimes as a technician.

I dont think that we will go back to that era which we used to use those turkish folk instruments. At least not in near future. This epic real metal music that we do was our target since a long time. We are really happy with what we did in "seers memoir".

Mithotyn, Thyrfing, Lost Horizon, Wintersun and Istapp. We used to listen King diamond, Death and Iced Earth for a very long time. But not the latest albums (at least for iced earth)

I am a gamer. I play Starcraft a lot. Also addicted to Final Fantasy and Resident Evil series. Süha spends most of his time with painting war vehicle and machine figures and plays paintball too. He has enough gun and rifle in his room to start a war :) And we all have a common hobby called "BEER"

Buy cd's, get the smell of a booklet hold it in your hands, support and feed the bands you like and give birth and faith to new ones. Thanks for nice question and for your interest. Good luck guys !

Posted by OccultBlackMetal at 11:52 AM No comments: 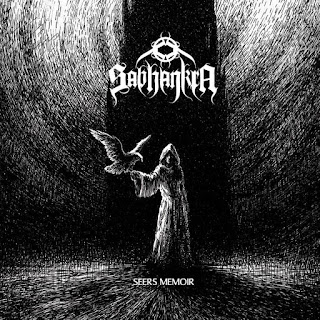 VIDEO FROM THE ALBUM SEERS MEMOIR "AGAINST THE FALSE GODS"


Posted by OccultBlackMetal at 6:31 PM No comments: