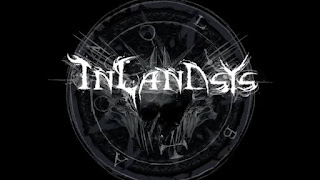 Inlandsys offers an innovative blend of Scandinavian-influenced Death and Black Metal. Vocals are performed by several band members, which brings variety in the tracks.

2.So far you have released an ep and a full length, musically how do they both differ from each other?

There is five years between the two productions so our music is more mature now. The full length includes more variety in atmospheres and more complexity in the tracks. Production quality is also better on the full length.

3.The band has been around since 2011 but so far have only 2 releases, can you tell us a little bit more about the gap in between releases?

We all have other activities outside of music. And composing an Inlandsys’s song takes some time, doing it together with guitars and keyboard playing different things takes even longer. So many bands takes times to release a production even if it’s a debut album to make it similar too our expectations.

4.What are some of the lyrical topics and subjects the band has explored so far with the music?

The full length is a concept-album telling a story based on punical mythology. A fiction about the god Hammon baal and is desire to conquer the city of Carthago.

5.What is the meaning and inspiration behind the name 'Inlandsys'?

In french an inlandsis is a common word for the unexplored frozen lands located in the Earth poles. The word is a little bit unknown so is therefore a little mysterious.

The work therefore illustrates part of the concept of the album. El Ash, one of our guitarist, draw the central chapter of the story, when the army of Hammon Baal besiege Carthago.

The best show we did was a support show for Insomnium during their Winter’s gate tour part 2. We have encountered technical issues but went through the whole set. All the feedback's from the audience and reviewers were really good and talked about our professional stage charisma.

Yes, we are looking for partners to release our second album. We have already received interesting proposals, we need to think about and take the best decision for the band’s future.

9.On a worldwide level how has the reaction been to your music by fans of black and death metal?

Overall the reactions was pretty good. Our music is a blend of death and black metal witch can satisfy fans of both. We have a very rich music but still understandable even if it’s enhanced by various vocal styles.

Composing the second full-length album keeping the same philosophy than the first one but taking into account the feedback we got. So the future songs of Inlandsys will be an evolution of the 10 first songs.

Band members have many different influences, sometimes conflicting, but we can quote Septicflesh, Dark Tranquillity, Dimmu Borgir. But some of us can also be influenced by Gotheborg death metal like At the gates or Power melo death like Kalmah.

Nowadays it differs for each band members : it goes from video-game ost to Eurodance music but always with a great dose of metal.

12.Does Occultism play any role in your music?

Video games but we also like to laugh and telling bad jokes, especially when we are on tour !

(Grebe : It is a palmiped bird with silver and grey feathers who living in north amercia!)


We hope you will enjoy our music and maybe to meet you on tour.

https://www.facebook.com/InlandsysBand/
Posted by OccultBlackMetal at 10:35 PM No comments: 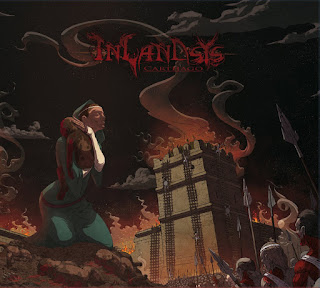 Posted by OccultBlackMetal at 10:24 PM No comments: