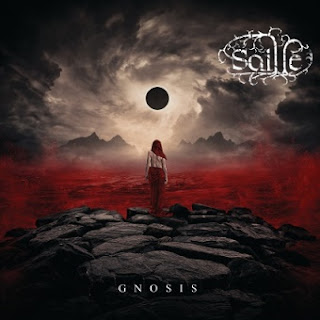 Ritualistic  soundscapes  start  off  the  album  along  with  some  horror  movie  style  keyboards  a  few  seconds  later  which  also  leads  up  to  a  heavier  musical  style  that  also  introduces  melodic  guitar  leads  and  grim  yet  high  pitched  black  metal  screams  onto  the  recording  and  they  also  mix  the  symphonic  and  heavy  parts  together.

Saille  creates  another  recording  that  remains  true  to  the  epic  and  symphonic  style  of  black  metal from  their  previous  releases,  the  production  sounds  very  professional  while  the  lyrics  are  a  concept  upon  based  upon  Promethean  and  Luciferian  ideals.

http://www.metalinjection.net/av/new-music/belgiums-saille-offer-frostly-black-metal-with-gnosis​​
Posted by OccultBlackMetal at 7:24 PM No comments: 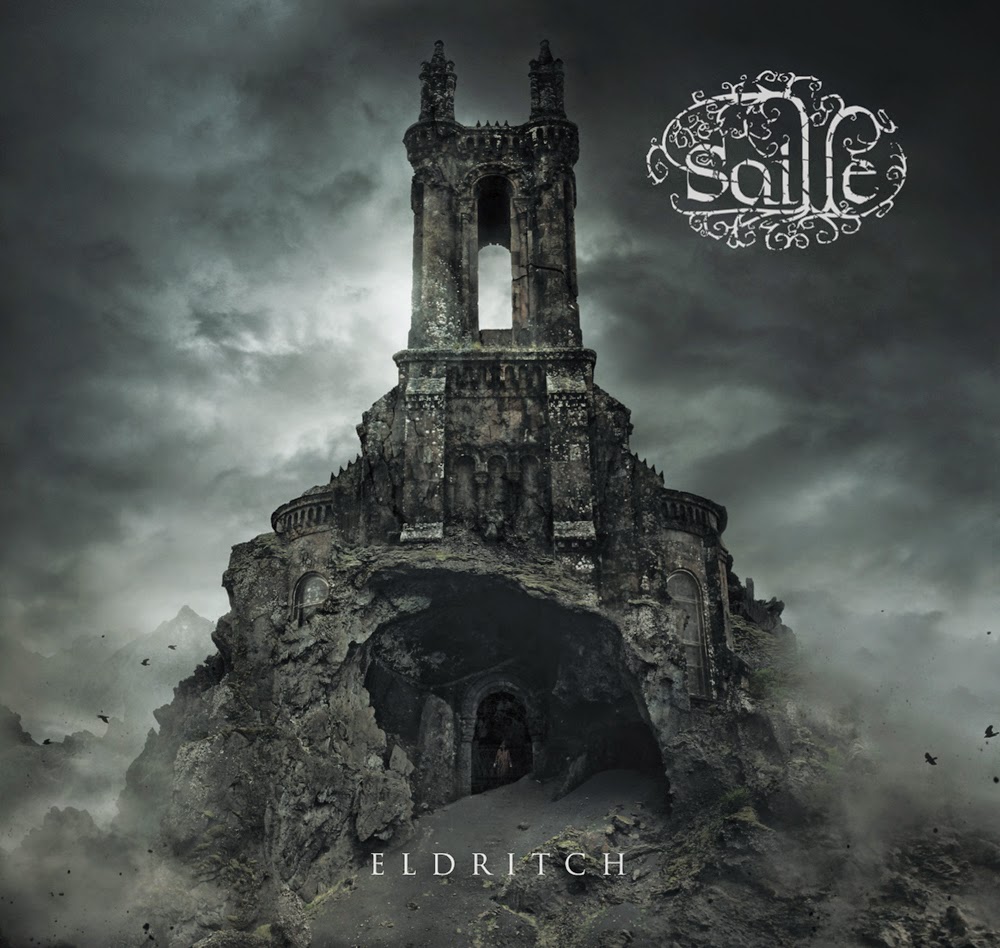 Dennie: We took it easy for a while, so to speak. The recordings were quite heavy, since we (and especially Reinier) did almost everything ourselves and bad luck punched us in the face several times. So we only played 2 shows and focused on personal stuff for a couple of months. The only significant happening is that we made the sad decision not to go further with our bass player Didier. He was replaced by Kristof who's currently preparing with us for the release shows. But busier times are ahead, so nap time is over.

2.You have a new album coming out in November, how would you describe the musical sound that is presented on the recording and also how does it differ from the stuff you have released in the past?

Dries: We'd describe our music and sound as epic black metal. We used symphonic and melodic black metal as "tags" in the past, but that just doesn't cover our sound completely. The songs and general sound on "Eldritch" differs quite a bit from the previous recordings. Guitars form the base of the songs this time, in stead of keyboards being the start of the composition process in the past. We think "Eldritch" is much more guitar-oriented and we're very pleased with that. Soundwise we also changed the working process, Klas Blomgren did a great job and mix & mastered this album almost perfectly.

3.The lyrics on your album cover a lot of Lovecraft and Mythology themes, can you tell us a little bit more about your interest in these topics?

Dennie: I've been a passionate reader since I was a kid and horror has always been my favorite genre. Especially nihilistic “it is not going to be okay” sort of stories have stirred something in me since my teens. So I was immediately sold when I stumbled upon Lovecraft several years ago. The cold atmosphere, the grotesque descriptions, the destruction of our ethnocentric beliefs, … Simply brilliant. And of course it makes killer source material for lyrics, especially if the corresponding music has the same uneasy vibe that Lovecraft's stories often have. Same for mythology actually. I've been reading tales of classic mythology since my childhood and developed a great interest in Norse-Germanic mythology a small decade ago.

4.What is the meaning and inspiration behind the name 'Saille'?

Dries: Saille is a letter in the old Irish "Ogham" alphabet. All letters in this alphabet are represented by a tree (Saille thus means willow) and were carved in rocks and trees. It was that combination, the willow tree and the carving in wood/stone, destruction with a purpose, that made us choose the band name. The general idea we want to bring with the songs and lyrics is exploration of the destructive powers everywhere. Spreading the beauty of destruction that's sometimes hidden.

Reinier: I can fairly say playing both Graspop and Eindhoven Metal Meeting were awesome experiences for us. Playing gigs in the Netherlands are generally fantastic every time. In our tiny country we remember the Tongeren Metal Fest and a support show for Mayhem in the famous Ancienne Belgique in Brussels the most. And, to top it off, we did some great club shows in the UK in the past two years en we felt very welcome.

It's quite crowdy on stage with the six of us and we keep things going. We add extra musical ideas, to avoid playing exactly what has been recorded and we have some visual aspects, but it depends on the size of the stage. Every now and then we bring a guest musician too. Like I said, it's pretty busy on stage.

Dennie: We're currently negotiating with a certain party about touring next year and you'll read all about that when it's official. When it comes to shows we have some great things planned. For starters we'll have a 3 show mini-tour in Belgium and Holland with our British friends in Winterfylleth. Next we'll be playing Eindhoven Metal Meeting again, which is the greatest indoor metal fest in the Netherlands with bands like At The Gates and Morbid Angel headlining this year. Several other shows are booked and even more are in the making, so people will have plenty of opportunities to watch us play. 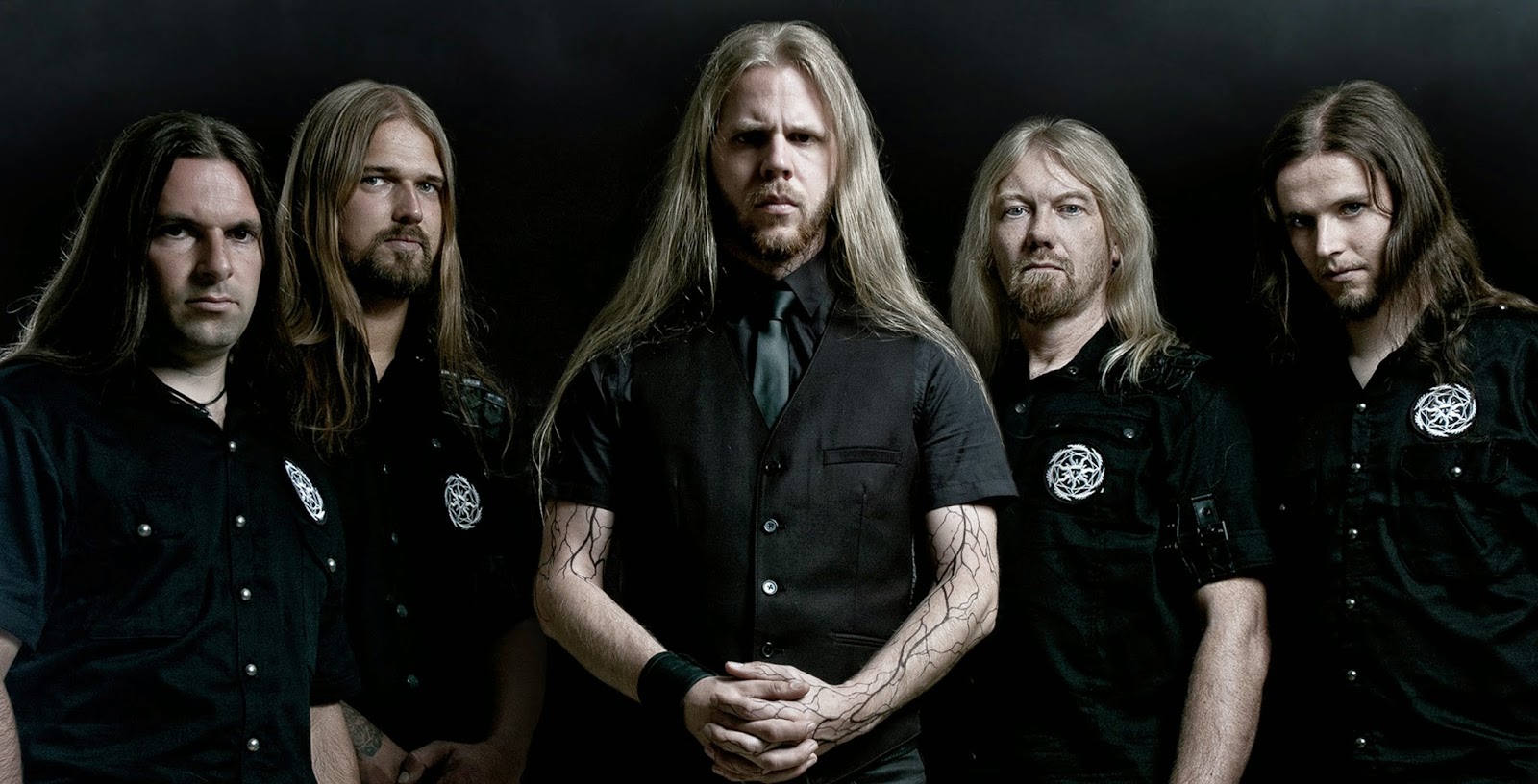 7.On a worldwide level how has the feedback been to your music by fans of melodic and symphonic black metal?

Reinier: We do get a lot of feedback, now more than ever, which means we're spreading. Apparently we're getting more fans outside Europe, mainly in South-America, probably because the metal genre is sort of booming there finally. There's some work to be done in Eastern Europe and for instance in France and Spain, but we're working on that. All in all the response is fantastic and motivating and so far positive, for which we are grateful of course.

8.What is going on with some of the other bands or musical projects these days that some of the band members are involved with?

Reinier: Besides Kevin (drummer) none of us is really doing anything else on the side. Nothing big, that is. It's just too much hassle and not feasible to combine 2 bands at the moment and it gets in the way at some point. Eventually you get in trouble with schedules, dates and obligations and Saille doesn't cancel shows. I can understand the urge to do something else on a creative level, but we are a busy band and it's better to keep focused.

Dennie: Not an easy question, since we're a six-piece with quite different musical tastes from time to time. Personally I hope that we'll succeed in creating a darker, more atmospheric sound that sends shivers down your spine. I have several ideas, and I hope that I'll also be able to contribute music wise, instead of just lyrics and vocals. But let's focus on Eldritch first, shall we?

Reinier: Naturally, there are influences from all kinds of styles, without actually realising it, but I can't say we deliberately make use of influences.

The thing is we try our best to combine all our personal styles and taste with cool riffs and great orchestral stuff, without too much boundaries and that's already hard as it is. We all like different music and at some point we find overlaps, luckily... What we did for "Eldritch" was trying another formula for composing this time, by working the other way round: the first album Dries (keys) started with the orchestral layers, while for this album the guitar parts were ready before anything else.

While the others are more open to all styles of metal and some even to jazz (Dries), I'm enjoying this year's Behemoth, Cannibal Corpse and Calm Hatchery the most.

Dries: Every band member has his own personal interests of course. Dennie loves literature, Reinier is traveling the entire world, Kevin is racing his car and Jonathan, Kristof and myself are, amongst other interest, raising their children. We share the passion for science, knowledge, nature, but of course we're most of all loving music in all it's forms.

Reinier: I would like to invite everyone to come to shows, of course to ours, but to all shows in general. It's very important for bands to have an audience and it's just not the same to watch it afterwards on YouTube, you've got to be there. Without an audience there are less shows and that would be sad.

And finally, please check us out and listen to a song or 2. Buy the album if you like it, because it looks pretty awesome.

Thanks for the interview! 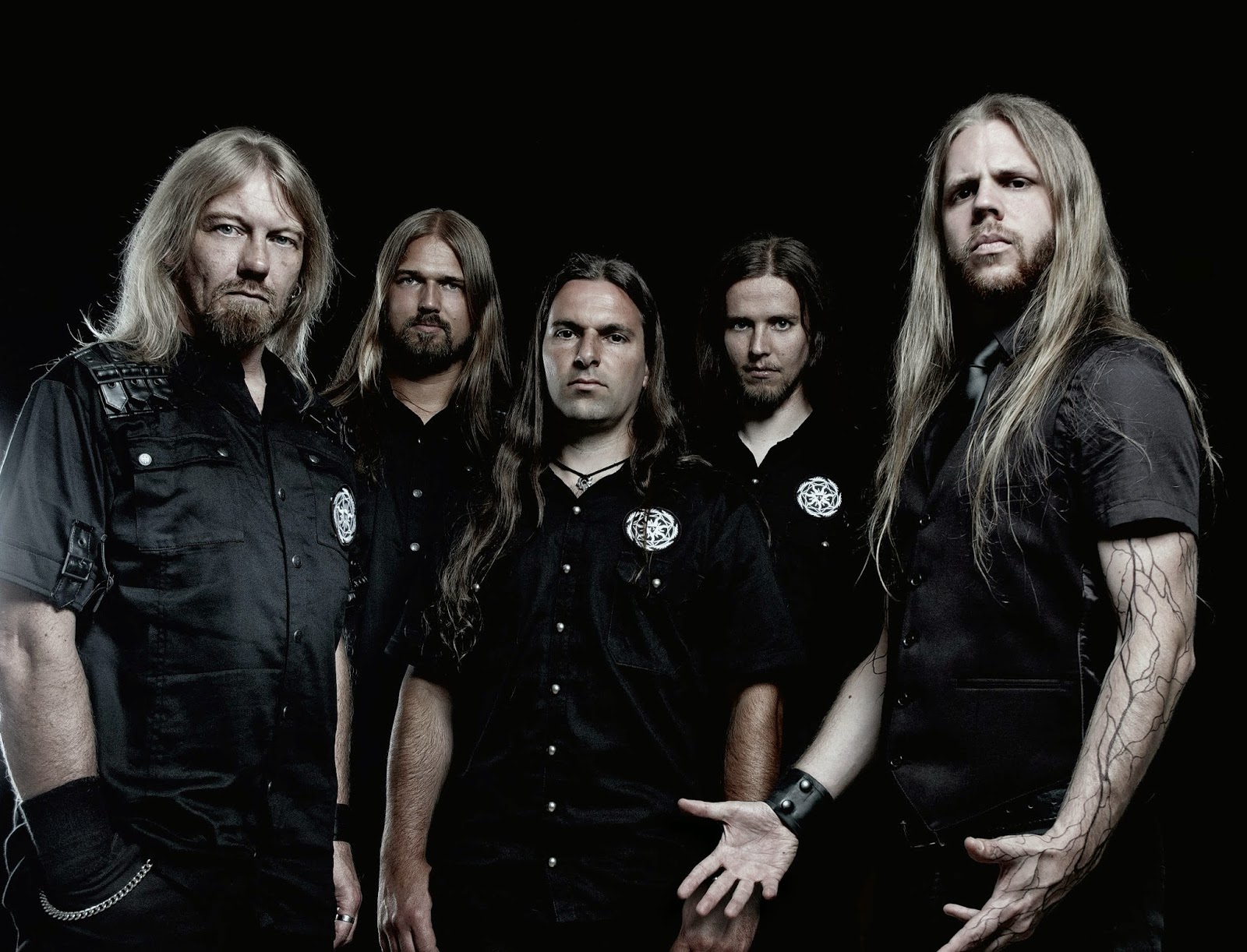 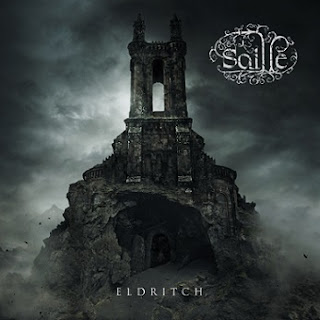 Posted by OccultBlackMetal at 12:06 AM No comments: