1.Can you give us an update on what has been going on with the musical project since the recording and release of the new ep?

Basically it has been all about promoting the material and working on some new stuff as well. Also working on some guest appearances that will probably happen on the next album.

It is quite different from Whispers Often Bleat. Less "cyber" and industrial sounding for sure. The music is now more mature and heavy sounding than before, the production is definitely better and the whole atmosphere is more ritualistic at times. Clean vocal work is also part of the music now. I can tell that it has a more progressive touch.

3.This is also your first release with this project in 10 years, can you tell us a little bit more about what has been going on during that time frame?

Yeah it's been a very long time ! So long that most fans don't even know Savaoth still exists ! I've been busy with Word Of Life and Arkhangelsk all this time, which are the main bands I play. I also became member of a newly formed band named Khôra. Some work for the new Savaoth material also took place of course.

4.In the beginning there was a full line up but on the new recording you turned into a solo project, what was the decision behind going into this direction?

The truth is that some former Savaoth members participate now in Word Of Life and Arkhangelsk, so we ended up playing together again after years even if we did our own thing at times ! I wanted to keep Savaoth as a personal project to release my own stuff considering that it is a separate entity not related to the other bands.

5.What are some of the lyrical topics and subjects you explore with the new ep and also how would you describe your progress as a songwriter over the years?

Mainly philosophical and esoteric stuff. For Neophyte I kept all the lyrics private, as there were lots of lyrics that were written in other languages than English, so most people wouldn't be able to read them. About songwriting, I think that I tend to be more straightforward and minimal now. Less is more !

6.What is the meaning and inspiration behind the name 'Savaoth'?

Savaoth is one of the many "nicknames" of the Hebrew god, whose real name was forbidden to be pronounced. It basically means " powerful lord " or " lord of all powers".

7.Can you tell us a little bit more about the artwork that is presented on the new ep cover?

The artwork is designed by me and it's just some cool black liquid and smoke forming random shapes. When you look at it, it reminds you of something familiar, but you can't really tell what it is. Everyone sees something different, like when you see clouds on the sky and the shapes remind you of something. It might be an alien entity, a god-like form or a dog, who knows. It represents the deeper aspects of the human soul where lots of emotions and feelings develop. Sometimes they are so deep that they are unrecognizable but yet so familiar.

8.When you had a full line up was there any live shows being performed and if so which one stood out the most?


9.The new ep was self released while you have worked with labels in the past, are you open to working with another label again in the future?

Savaoth is not a touring band with a full line up, so this is a problem for most labels. If a label is interested in releasing the music despite the limitations then I am open to that !


10.On a worldwide level how has the reaction been to your newer music by fans of industrial and black metal?

It is too early to make a conclusion, but the feedback is being very positive so far.


11.What is going on with some of the other bands or musical projects these days that you are a part of?

We have 2 complete full lengths with Arkhangelsk and Khôra that are waiting to be released. We are also working on the new Word Of Life full length !


12.When can we expect another full length and also where do you see yourself heading into as a musician during the future?

A new Savaoth full length is being composed as we speak. I expect it to be ready by next year. I hope I'll keep on composing new stuff for many years to come. That's the main goal, to constantly create fresh content.


13.What are some of the bands or musical styles that have had an influence on your newer music and also what are you listening to nowadays?

I am listening to lots of modern progressive metal stuff lately. This has had a huge impact on my sound. I also keep an eye on the whole black metal scene, this is my main genre of preference.

14.How would you describe your views on Occultism?

We need a whole interview to cover this one haha ! Well, occultism has certainly become a trend, especially in the black metal scene, but most bands out there have no clue about occultism in reality. They approach occultism in an epidermic and naive manner just for imagery and marketing purposes with no actual knowledge and practicing background. Occultism should be about self improvement and not for showing off. I do not consider Savaoth to be an occult band though, I would prefer to say that I work on esoteric and philosophical / psychological concepts.


15.Before we wrap up this interview, do you have any final words or thoughts?

Thank you very much for this interview. I hope black metal fans out there give Neophyte a shot and I am looking forward to sharing more stuff with you in the future, cheers ! 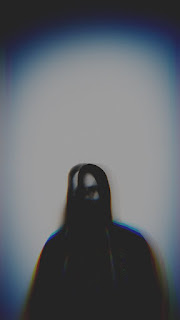 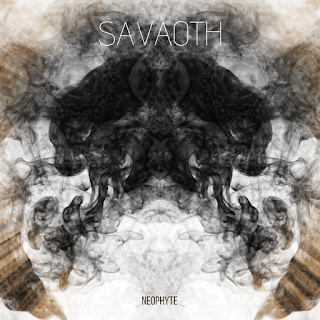 Ritualistic  soundscapes  and  throat  singing  start  off  the  ep  before  going  into  a  heavier  direction  while  clean  playing  can  also  be  heard  briefly.  Vocals  are  mostly  grim  sounding  black  metal  screams  along  with  all  of  the  musical  instruments  also  having  a  very  powerful  sound  to  them.

Savaoth  plays  a  style  of  black  metal  that  is  very  modern  sounding  while  the  experimental  and  industrial  elements  makes  the  songs  stand  out  a  lot  more.  The  production  sounds  very  professional  for  being  a  self  released  recording  while  the  lyrics  cover  occult,  metaphysical  and  psychological  themes.

Posted by OccultBlackMetal at 11:31 AM No comments: