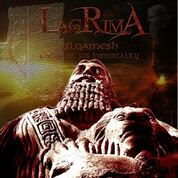 On  this  recording  Lagrima  takes  their  melodic mixture  of  black  and  death  metal  into  a  heavier direction  while  also  keeping  the  acoustic  parts,  the  production  sounds  very  professional  for  being  a  self  released  recording  while  the  lyrics  are  a  concept  album  based  upon  'The  Epic  Of  Gilgamesh".

Posted by OccultBlackMetal at 6:45 PM No comments:

1. Can you give us an update on what has been going on with the band these days?

Tarek Yazbek: Currently we are preparing to record our second full album, which also going to be a concept album based on ancient Middle Eastern mythology.

We are also recruiting new members to the band so we can have a complete line up for live shows.

2. For those who have not heard the music can you tell us about your musical sound?

Tarek Yazbek: Well, our musical style is a mixture of many metal styles combined into one unique fresh sound. That should make people who like different metal genre get interest in our music. We also include in our sound lots of classical guitar influences, even classical music compositions in our intros adding even more diversity and interest to our music.

3. On your first album you had lyrics written about The Punic Wars, can you tell us a little bit more about your interest in ancient history?

Tarek Yazbek: My Interest in ancient history started at an early age when I was still school. It just got me hooked in, just the idea about ancient civilization, their culture and religion was very intriguing for me. Also it tell us how things became the way they are now. It is also an original subject to use on metal albums as themes and lyrics, which can give more depth to your music.

4. I have read that you have a new album in the works that is going to be based on the Epic of Gilgamesh, how would you describe your interests in Mythology?

Tarek Yazbek: Mythology is what the ancients had left for us to tell how they viewed the world around them from a religious point of view, a way put in Symbolism. Even some Mythologies are Historical facts that got exaggerated by time, or where symbolized to be taught to the next generations. If you compare the religious texts to the mythological Texts you will be surprised how much similarities you will find, but the meanings have changed, although the symbolic factors are left the same. All these factors have pulled me closer and closer to the mythologies of this region.

Tarek Yazbek; currently we are only 2 members in the band, but we are recruiting new members so we can do live shows hopefully.

Tarek Yazbek: not at the current time, and not sure about the future since it’s hard to get a band from the middle east to play in Europe. But all options are open.

Tarek Yazbek: We actually got 1 label interested, but things didn’t work out because they wanted us pay tons of money and they also will get some decent payment from sales. It was just ridiculous offer. For the next album we will try to check out some labels and we’ll see what would happen. Hopefully something would work out, because a label can get you the exposure you need.

8. On a worldwide level how has the feedback been to your music by fans of black and death metal?

Tarek Yazbek: Well we got a lot of positive feedback and reviews, but you can’t satisfy everybody as you know. We hope with this second release we can reach more people and open more eyes on our music.

9. What can we expect musically once the new album is released?

Tarek Yazbek: The new album will be more mature than previous one with better production and quality. Musically we are still going on in the same direction but of course its not gonna be a carbon copy of the first album and it will have its own flavor with the Lagrima signature. Also the band vocalist “Bilal Al-Aghar” has contributed very effectively on the music of the album adding his own touch to the band’s sound. I guess this album will leave a big effect on the fans and will get us new fans as well.

Tarek Yazbek: I personally had a lot of bands and music styles that influenced the way I write music, especially in the death/black realm. For example bands like At the Gates, Hypocrisy, Dark Tranquility, Dimmu Borgir, Cradle of Filth, Death, Old Man’s Child ect… to name some. Nowadays there are bands like Kalmah and Opeth which are new influence for me and I try to learn from them. Also am interested in finding and listening to underground metal bands, and lots of them have some great music to offer but didn’t have the chance to get the attention they really deserve.

Other than metal, I really enjoy classic guitar music and I even play that type of music which I try to include in the band’s music to give it that unique touch to makes us a little different than the other band’s out there.

Tarek Yazbek: Music and sports are my two major hobbies in life and travelling also. I used to play a lot of soccer in the past but because of work and smoking I haven’t been able enjoy this sport any more, but I still do some body building to keep fit. As for travelling I go like once a year to a different country each time with the wife and enjoy our vacation and just relax.

Tarek Yazbek: Well finally I like to thank you for this opportunity and wonderful interview, hope the fans would enjoy it. As I mentioned earlier we have a new album that we will release, most probably at the end of this year, hope it will have a positive impact on metal fans around the world.

Posted by OccultBlackMetal at 6:52 PM No comments: 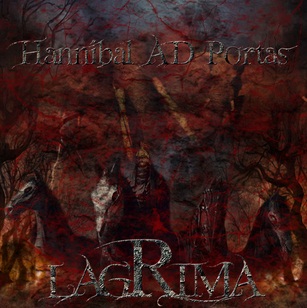 Lagrima  creates  a  very  original  sound  to  his  melodic  mixture  of  black  and  death  metal  which  also  sees  him  adding  in  elements  of  thrash,  classical  and  Middle  Eastern  music  along  with  some  solos  that  display  a  great  amount  of  talent  and  skill,  the  production  sounds  very  professional  for  being  a  self  released  recording  while  the  lyrics  are  a  concept  album  based on  the  Carthiginen  general  Hannibal  Barca  and  his  war  with  the  Romans  which  where  historically  known  as  the  Punic  Wars  or  more  accurately  The  Second  Punic  War.

Posted by OccultBlackMetal at 10:04 PM No comments: