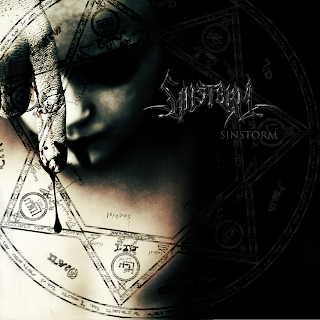 Sinstorm are a band from California that has been interviewed as well as had their previous e.p reviewed by this zine with a style that I would describe as melodic black/death with some symphonic elements and this is a review of their self titled and self released 2011 album.

Drums range from slow, mid paced to fast drumming with a great amount of blast beats being used at times, while the bass playing is kind of mixed down low in the mix and seems to follow the riffing that is coming out of the guitars, and on some songs there are symphonic elements but not much in the way to over dominate the music with some dark keyboard effects.

Rhythm guitars range from low, mid paced to fast melodic black metal riffs that are also heavily influenced by death metal, while the lead guitars are very melodic and chaotic sounding black/death metal guitar solos that also utilize a lot of skill, as for  the acoustic guitars when they are utilized they bring another dark dimension to the music.

Vocals are all high pitched black metal screams mixed in with some deep death metal growls and on one song there is a spoken word ritualistic passage, while the lyrics cover Heathenism, Occultism, killing, hatred and death, as for the production it sounds very heavy and professional for a self released album.

In my opinion this is another great release from Sinstorm and if where a fan of their previous recordings, you will not be disappointed.
RECOMMENDED TRACKS INCLUDE "CelestialExtinction" "Transcending Dimension" "Storms Of The Heretic Millennium" and "Trooper" which is an Iron Maiden cover. RECOMMENDED BUY. 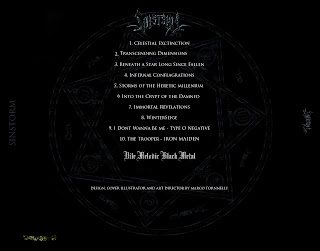 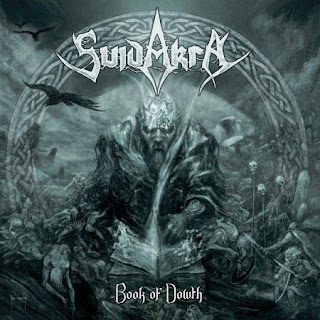