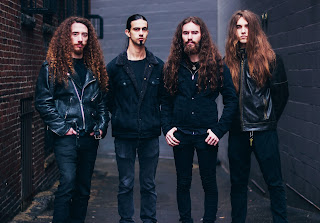 Ryan Beevers: Unflesh is an extreme metal band that is driven by a need to express several thoughts and emotions and the spiritual aspect of these thoughts that I feel binds all of them together. The band both musically and lyrically is extremely dark and seeks to channel nothing but darkness.

2.So far you have released an ep and have your first full length coming out, how wold you describe the musical sound that is presented on both of the recordings and also how do they differ from each other?

Ryan Beevers: I’d say the sound of the band is quite chaotic and relentless with an underlying sense of rawness to it. The material on the new album differs from the first EP in terms of just the style of Unflesh expanding and morphing into a clearer vision than the first EP.

3.What are some of the lyrical topics and subjects the band has explored with the music so far?

Ryan Beevers: The bands lyrics deal with the praising of Death and the inevitable downfall and deterioration of Creation.

4.What is the meaning and inspiration behind the name 'Unflesh'?

Ryan Beevers: The Unflesh name was inspired by the Dark Fortress song “The Unflesh”. The meaning of the band name has a strong relation to the lyrical subject matter. I’ll leave it to the listener to draw their own conclusions in regards to what the name means

5.Can you tell us a little bit more about the art work that is presented on the new album cover?

Ryan Beevers: I had several talks with the guy who designed the cover “Junki Sakuraba” and after explaining to him extensively what the album was about and telling him what I thought would be appropriate visually, he then created the album cover you see now. He did a fantastic job and he’s extraordinarily talented.

Ryan Beevers: So far I think each show we’ve played has been special in their own way. Our stage performance mainly is just to present the music to the best of our abilities and to channel the energies that reside within the music.

7.Do you have any touring or show plans once the album is released?

Ryan Beevers: We are playing a special CD release show on May 19th and we have some tour plans in support of the new album that will be during the summer of this year. We will be announcing the dates very soon.


9.On a worldwide level how has the feedback been to your music by fans of black and death metal?

Ryan Beevers: The response generally has been quite positive towards our music. This is great to see but I’m hoping to see in the future a little bit stronger opinions of the music whether it be positive of negative.

Ryan Beevers: My other band Solium Fatalis is getting ready to release our forth record called “Genetically Engineered to Enslave” which should be out around August. In regards to the other guys I know Chris Dovas and Pete De Reyna are busy with Seven Spires stuff and they are supporting their latest record “Solveig”. Chris Gardino just released a new album with one of his bands called Wolfsmyth and it’s a self titled album, it kicks ass.

Ryan Beevers: To deeper and darker depths and expanding the sound of Unflesh through more records and more live shows.

Ryan Beevers: Not too much for me personally, music takes up so much of my time that I don’t have time for much else really.

Ryan Beevers: I’d encourage fans of true extreme metal to go and pre order our new album on unfleshband.com or on bandcamp. We will hopefully see you on tour, thanks for the interview.

Posted by OccultBlackMetal at 9:16 PM No comments: 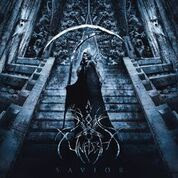 Avant garde and  symphonic  style  keyboards  start  off   the  album  along  with  some  clean  playing  before  going  into  a  heavier  musical  direction  while  the  faster  sections  of  the  songs  bring  in  a  great  amount  of  blast  beats  along  with  the  vocals  being  a  mixture  of  death  metal  growls  and  black  metal  screams.

Unflesh  plays  a  musical  style  that  takes  the  melodic  and  technical  sides  of  black,  death  and  thrash  metal  and  mixes  them  together  to  create  a  sound  of  their  own,  the  production  sounds  very  professional  for  being  a  self  released  recording  while  the  lyrics  cover  death  and  suicide  themes.