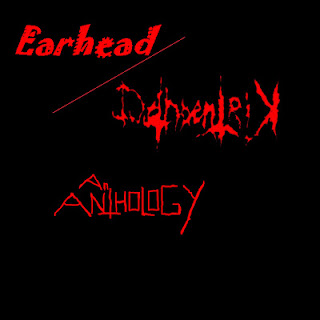 "Deus  est  Mortuus"  kicks  in  with  dark  ambient  drone  sounds  and  a  few  seconds  later  experimental  sounds  and  drum  programming  come  in  along  with  some  loops  before  adding  in  industrial  and  harsh  noise  elements.

"Hellish"  which  is  also  the  last  song  on  his  side  of  the  split  begins  with  harsh  noise  sounds,  black  metal  screams  and  death  metal  growls  and  the  song  goes  into  a  brutal  death  industrial/power  electronics  direction.

"Stalking  Beast  Of  The  Night"  opens  up  with  nintendo  style  sounds  and  atmospheric  synths  and  you  can  also  hear  distorted  guitar  noises  and  programmed  drum  beats  in  the  backgrounds  which  also  leads  up  to  harsh  noise  screams.

"Violent  Sex  Change"  kicks  in  with  spoken  word  samples  before  adding  in  deep  demonic  growls  which  leads  up  to  some  doom/drone  style  guitar  riffs  and  drum  programming  as  well  as  some  black  metal  influenced  vocals.

"Why  Wont  You  Die"  hits  it  off  with  heavy  bass  guitar  riffs  along  with  some  acoustic  guitars  which  also  leads up  to  melodic  clean  singing,  synths  and  distorted  guitar  noises  before  adding  in  drum  programming  and  noisecore  screams  mixed  with  death  metal  growls.

Posted by OccultBlackMetal at 11:33 PM No comments: 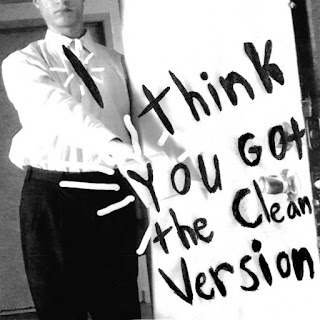 Drums  range  from  slow,  mid  paced  to  fast  drumming  with  a  good  amount  of  brutal  blast  beats  being  thrown  into  the  music,  while  the  programming  brings  elements  of  experimental,  harsh  noise  and  industrial  elements  to  the  music.

Regular  guitars  and  bass  are  all  absent  from  this  recording  with  the  drums  and  programming  making  up  for  the  brutality  and  still  showing  you  can  bring  metal  elements  into  the  music  without  using  these  traditional  instruments.

https://www.facebook.com/Dethcentrik/
Posted by OccultBlackMetal at 11:26 AM No comments: 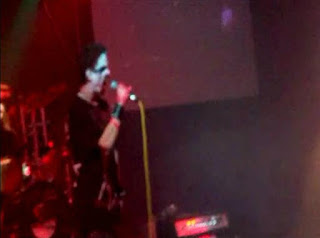 
We formed in 2009 in Colorado Springs, a city outside of Denver. Død actually wanted to join a friend's band as vocalist, so he went home and recorded a vocal demo. The name of the band he used for his vocal demos was "Deathcentrik." Many band members have come and gone, and the current lineup is just the two of us: Jackie T and Død Beverte

2. How would you describe the musical sound of the new ep and how it differs from previous release?


It's much more fluid. Død actually did do one darkwave album as Dethcentrik before Jackie joined the band, but other than that it's generally less abrasive and much more structured than our previous works as a band.


3. What are some of the lyrical topics and subjects the duo explores with the new release?

Død is a college student, and to say the least he is not treated well at school, this town in general is very conservative and honestly treats most metalheads poorly, and the fact the the headquarters for the Christian organization Focus on the Family is actually in town seems to excuse that mistreatment. Anyway, the school had attempted to take disciplinary action against Død based on someone's word that he had done something that he actually hadn't. In turn, he made a joke about wanting to shoot people and was questioned by the campus police. "If Only" expresses anger towards those that had wronged Død, and "Columbine Justice Spree" was indirectly prodding at the school for assuming he would become violent. The video for Columbine Justice Spree was sadly banned by YouTube because to make it more controversial we used actual footage from the security cameras, and video the shooters had filmed. "Rip My Heart Out" is a song Død wrote about parting ways with a friend.


Død came up with the name Deathcentrik as a way of saying "centered around death." At the time the friend's band that he wanted to join was thrash. Thrash was all his friend would really listen to at all actually, and it rubbed off enough that as a way to pay tribute to Megadeth he changed "Death" to "Deth."


5. Has the band had any opportunities to do any live shows yet?


Yes actually. Despite the fact that our first performance was awful to see visually, mainly because Død was having a bad night and took it out on everyone else and was sarcastic to boot, it actually sounded good enough that we released the audio in Live 2010. The idea actually arose when his friend was over and he was reviewing show footage and had left the video on in the background, and what was funny is that the show sounded like very well performed raw black metal.


6. I have read that you run a record label, can you tell us a little bit more about the record label and if any other bands are singed to the label?


We have generally been helping promote bands that Død is in contact with. The actual releases under the label are Dethcentrik's discography, which on the single release of Rip My Heart Out includes a remix by the industrial group Cold Metal Future, we co-released one split between Dethcentrik and Bassookah, although their label actually was the official imprint, and Død Beverte's solo album. That said, we want it to be known we are willing to work with bands to the extent they need, and many bands that we help want to remain independent altogether, so we simply promote them, and in a few cases we have worked with the label Seven Times More Scary Productions to get bands Død is in contact with into compilations. Many of the bands we work with do not understand how label contracts work, and in many cases for rights reasons and to keep our bases covered we have to do as little as possible until we know we can do more. We like to help bands in a way that they will appreciate it, rather than feel infringed upon, so Død Incarnate is a promotional outlet and label hybrid really.

7. On a worldwide level how has your music been received by fans of underground music?


People either love it or hate it. Funny thing is that when we started there was more hate, and more recently more people like it.


8. What direction do you see the music heading into on future releases?


9. What are some bands or musical styles that have influenced your music and also what are you listening to nowadays?


Every genre has rubbed off on us in some way or another except country and rap. We listen to and are and have been influenced by Steve Vai, Cannibal Corpse, Mayhem, Nightwish, Emperor, Pink Floyd, Burzum, Enslaved, Dimmu Borgir, Sektor 304, Equilibrium, Combichrist, Nine Inch Nails, and quite a few others.


10. Does Satanism or Occultism play any role in your music?


No. Jackie is a Buddhist and Død is an agnostic. In some of the older imagery Død's frustrations with the Catholic church did play a part as he was raised Catholic.


Jackie plays World of Warcraft, Død likes first person shooters. We both like messed up movies and TV shows a lot.


We want to thank you for taking the time to interview us, we really appreciate it!

https://www.facebook.com/Dethcentrik/
Posted by OccultBlackMetal at 2:00 PM No comments: 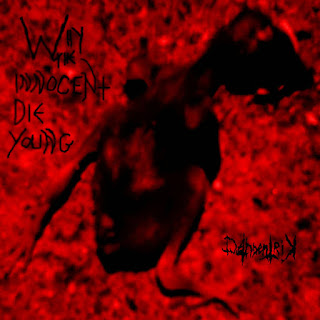 Dethcentrik are a band from Colorado Springs, that plays a mixture of industrial, experimental, noise, grindcore, black metal and doom metal to create a sound of their own and this is a review of their self released 2011 album "Why The Innocent Die Young".

Drums range from slow to mid paced drumming, while the noise effects add a very dark, experimental and avant garde feeling to the music and there is no bass playing present on this recording.

Guitars when they are utilized are mostly rock/metal guitar riffing, while the synths bring a very dark ambient sound to the music.

Vocals are very dark and depressing with somewhat of a grim black metal approach to the music with some clean singing male and female vocals being used on one song as well as some spoken word samples, why the lyrics cover hateful themes, as for the production it has a very weird and dark sound to it.

In my opinion Dethcentrik are a very good avant garde metal band that is very hard to classify and if you are looking for something that is very original and different, you should check out this band. RECOMMENDED TRACKS INCLUDE "The Demise Of Mankind" and "Columbine Justice Spree". RECOMMENDED BUY.

https://www.facebook.com/Dethcentrik/
Posted by OccultBlackMetal at 12:04 PM No comments: