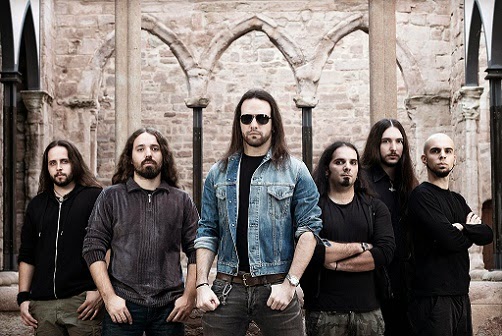 1.Can you give us an update on what has been going on with the band since the recording and release of the new album?
Well, as you can imagine we've been very busy preparing everything related with the release and promotion of Downfall & Rebirth. We've been working hard on promoting it through the world, and also have been looking for gigs so as to spread our music around. It's been really nice to finally release the album after almost 3 years of hard work (the recordings started in March 2012), so we are really happy!

The musical sound from the new album is definitely more diverse. We've taken more time for composing the songs, so everything sounds more refined and filled with details. Of course we love our first album, but since we've matured a lot in the last 5 years, so has done our music. We hope people will enjoy the different touches we have given to our new music!

3.This is the first album to be released in 5 years, can you tell us a little bit more about what has been going on during that time frame?

Well, during these 5 years we’ve been playing around Europe (festivals and some tours), which has been a really great experience. There have been as well some line-up changes, but finally we’ve managed to reach stability. Our drummer Jose also had to endure a hard recovery from a bike accident, which took him 8 months to get recovered. Hopefully he’s so strong and if fine again!

Of course, we've also been busy composing and recording for half of the five years, but we mainly got focused on playing anywhere and spreading our music.

4.The lyrics cover some Pagan topics, how would you describe your views on Paganism?
Yes, that's right! We do inspire our lyrics on some pagan cultures but we also add a little bit of fantasy so that we don't follow a particular pagan religion or way of thinking. We create our own pagan way of understanding the universe. We might use some shades of the Viking and Celtic culture, but we are not saying "Hey, we are Vikings or Celts". We try to give a personal point of view and we want the listener to think about it.

5.What is the meaning and inspiration behind the name 'Northland'?
Well, it is indeed a quite strange and funny story. The origin of the name takes place in 2004, when Pau Murillo (singer and guitars), along with some friends from the high school, decided to create a band. One day, one of those friends proposed to call the band "Northwind". All of them liked that name, but after investigating a little bit they realised there was already a band called like this, so they decided to turn the name into Northland. That's it!

6.What are some of the best shows that the band has played over the years and also how would you describe your stage performance?
We always enjoy any show we play in! We're always finding incredible people anywhere we go, and this is something that we enjoy so much. But to name some, the best shows might be the ones at Ragnarök Festival, Vagos Open Air, Wave Gotik Treffen... We also enjoyed a lot the Black Trolls Over Europe Tour we did in 2010, we hope we can do an European tour like that soon!
Regarding our stage performance, over time we've got more experience, so we can focus more on the contact with the audience. We've always been told that we have a good live performance, and we want to keep this so people can enjoy each and every gig we perform in!

7.Do you have any touring or show plans for the future?
Well, we have plans for performing around Spain (and Portugal) during this spring (April, May and June). The tour will consist of around 10-15 gigs, and we will play in many cities we haven't played in before, so we are excited about this! We hope we'll have good feedback from these places, and we are promoting the tour so as many people as possible can come. Besides, we are also planning some international tours for the second half of the year, but we still have details to manage before we can announce it.
Of course, we are eager to play in as many places as possible, since we wish to bring our music to all the people around the globe!

8.The new album was self released but the band has been signed to a label before, are you open to working with another record label again in the future?

Of course! We don't discard any possibility. We had some problems with our previous label, so in the end we thought the most practical way to release our second album was self releasing it. If we got a nice proposal in the future, we'd be glad to work with another label, so it's just a matter of time.

9.On a worldwide level, how has the feedback been to your newer music by fans of viking, pagan, folk, and death metal?

Overall, the reception of our new album has been pretty good. We've been working hard on the promotion of the album, so it can reach as many metal fans as possible, and the feedback we are receiving by now is positive. We usually read the comments from Youtube and the social media, and we are happy to see that many people like Downfall And Rebirth. We are also receiving positive feedback from the magazines, fanzines, blogs, and other media that have reviewed our new album. We hope our music can be enjoyed as many people as possible!

10.What is going on with some of the other bands or musical projects these days that some of the band members are a part of?
Some members are really busy with their other musical projects. For example, Vic (the bassist) is working hard with his band Moonloop, because they are recording their new studio album. Jose (the drummer) is also busy with his band Aggression, and will also record a new album soon, as well a perform in some gigs. Some of the other members play in other bands as well.

11.Where do you see the band heading into musically during the future?
First of all, after the long time it has taken to finish our second studio album, we will get focused on playing live in as many places as possible. We want to spread our music around the entire world, know new bands and people, get more experience... We still don't know where will our music head into in the future, but we are sure it will get better, because all the experience we get on our lives (both musically and non-musically talking) is something that we can transfer to our music. We think this is something that makes music richer, and will of course be important when we decide to record our third album.

We've been listening to a lot of new stuff. The older you get the more open-minded you become and we are 6 people in the band, so imagine the wide range of music styles we listen to. To resume, I would say that we mainly listen to folk music such as the masters Luar na Lubre, Assambly Point and so on. We also love to listen to epic music: Two steps from hell. Immediate music and a lot of modern composers. That's more or less where we get our inspiration from nowadays, a part from thousands of bands that we might listen to particularly.

All of us have different interests.

For example, Pol (keyboard player) likes Japanese culture and speaks Japanese, and also likes hiking in the mountains and playing videogames. Vic (Bass player loves Photography, Sound engineering, board games, Magic the Gathering, Sociology, Travelling, etc. Pau Murillo (Lead vocals and guitar) also loves Videogames, sports, traveling and so on! We all have different interests but of course some common ones!


14.Before we wrap up this interview, do you have any final words or thoughts?
We want to thank you for helping us promote our music around the world by giving us the chance to share our thoughts we all the A different Shade of Black Metal community. To all the people reading this interview, we hope you enjoy our music and come to our gig whenever we play in your country!

Posted by OccultBlackMetal at 1:10 AM No comments: 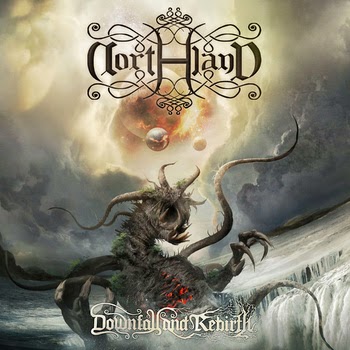 Clean  singing  viking  metal  vocals  can  be  heard  throughout  the  recording  along  with  some  high  pitched  screams  that  also  mixes  in  an  influence  from  black  metal  and  at  times  acoustic  and  classical  guitars  can  be  heard  in  certain  sections  of  the  recording  while  some  of  the  heavier  riffs  also  add  in  a  small  amount  of  thrash  influences.

Norhland  takes  for  a  very  melodic  style  of  black/death  metal  and  mixes  it  with  viking  and  folk  music  to  create  a  very  epic  sounding  album,  the  production  sounds  very  professional  while  the  lyrics  cover  Paganism  and  Battles.

Posted by OccultBlackMetal at 3:30 AM No comments: