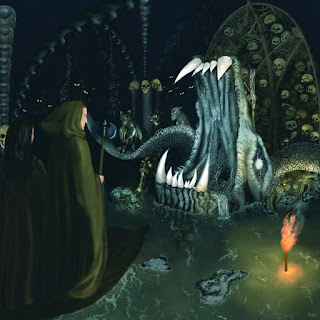 Rhythm  guitars  range  from  slow  to  mid  paced  riffing  that  is  mostly  in  the  traditional  melodic  metal  vein  while  adding  black  metal  influences  to  the  more  aggressive  parts  of  the  music,  while  the  lead  guitars  are  very  melodic  sounding  traditional  metal  guitar  solos  and  leads.

http://www.reverbnation.com/sanaxe
Posted by OccultBlackMetal at 4:28 PM No comments: 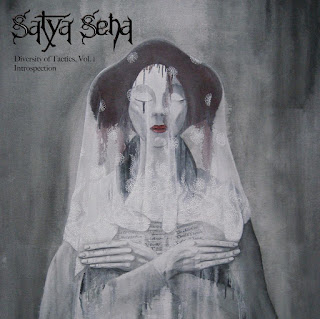 Drums  range  from  slow,  mid  paced  to  fast  drumming  with  no  blast  beats  being  present  on  this  recording,  while  the  bass  playing h as  a  very  strong  and  powerful  sound  with  heavy  riffing t hat  dominates  throughout  the  recording.

Rhythm  guitars  range  from  slow,  mid  paced  to  fast  riffs  that  combine  black  metal  with  thrash,  sludge,  power  violence  and  crust  with  a  good  amount  of  dark  sounding  melodies  being thrown  into  the  riffing  and  there  are  no  guitar  solos  or  leads  present  on  this  recording.

https://satyasena.bandcamp.com/
Posted by OccultBlackMetal at 9:53 AM No comments:

Rhythm  guitars  range from  slow  to  mid  paced  playing  that  combines  black  metal  with  sludge,  hardcore,  thrash,  power  violence  and  crustcore  and  there  are  no  guitar  solos  and  leads  present  on  this  recording.

Vocals range  from  thrash  style  clean  singing  to  high  pitched  black  metal/sludge  screams,  while  the  lyrics  cover  violent  and  powerful  themes,  as  for  the  production  it  has  a  very  dark,  raw  and  primitive  sound  to  it  while  you  can s till  hear  all  of  the  musical  instruments  that  are  present  on  this  recording.

https://satyasena.bandcamp.com/
Posted by OccultBlackMetal at 9:39 AM No comments: 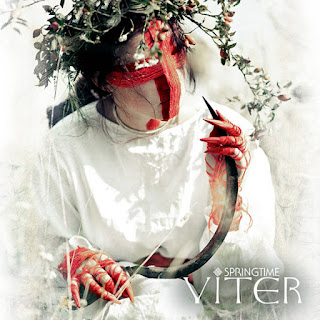 Vocals  are  all  clean  singing  folk  metal  singing  with  no  growls  or  screams  being  present  on t his  recording,  while  the  lyrics  cover  darkness  and  nature  themes,  as  for  the  production  it  has  a  very  strong,  powerful,  heavy  and  professional  sound  where  you  can  hear  all  of  the  musical  instruments  that  are  present  on  this  recording.

Posted by OccultBlackMetal at 5:14 PM No comments: 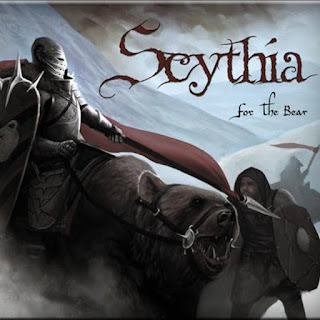 http://www.youtube.com/watch?v=LG63ssJR1as
Posted by OccultBlackMetal at 12:19 PM No comments:

As of right now, we're taking a break from live shows, and are writing new material and booking shows for the winter. Most of us are in college in different states around the Midwest and it's hard to get everyone together during the fall and spring seasons.


We have some big things in the works for this winter. We're all supposed to die at the end of December, so why not go big? haha.

2. How would you describe the musical sound that is presented on the new album?


It's always a difficult thing for a musician to describe the sound of his or her own music and it's no different for us. We take a lot of influence from a lot of different music, metal and not. The main influences on WFLU will be black metal and folk music, but they are by no means the only elements present.


3. What are some of the lyrical topics and subjects the band explores with the music?


We created our own story for this release. Thematically it is fairly standard: tragedy, revenge, with some mythological elements included. It's a story, nothing more, nothing less.

We've played a lot of great shows in the past and they get better with every one. However, one of the best shows we've played was probably our release show this past July. It's an unforgettable feeling when we get so much support from our fans in our hometown of Madison, WI.


As for our stage performance, we've really come a long way in refining it. Not just with our costumes that consist of warpaint and the like, but also with how we interact with the crowd and our movement on the stage itself. We feel that we are our strongest live because we attempt to give every show a unique experience visually, not only aurally.

5. Do you have any touring plans for the future?

We're currently planning a winter tour around the Midwest with our very good friends Atreus, melodic death from Appleton/Green Bay, WI, that is set to begin almost immediately after we get back from the fall term in late December.


More details will be released soon, so check our facebook for any updates if you want to see us on tour!

6. Currently you are unsigned, are you looking for a label and if so what kind of label do you feel that would be a perfect fit for the music?

Labels are something we have gone back and forth on for the longest time. We're not interested in the major labels that undermine and disrespect their artists, but a few smaller labels like Candlelight and Napalm definitely peak our interest and we hope to pursue opportunities along those lines.
Being a DIY band has been great, but there is only so much we can do. It would be great to push beyond that limit.


7. On a worldwide level how has the feedback been to your music by fans of black and folk metal?

Overwhelmingly positive. We've received some really great reviews and a lot of interest from all around the globe. It's very encouraging.

8. Are there any other musical projects besides this band or is this a full time line up?

Some of us have solo projects and we work a lot with other musicians, but musically we devote our fullest attention to Warseid. The only thing that really gets in the way is the fact that most of us are students.

At this point its a little hard to say, our new material is still very much in the works. We certainly don't have a predetermined goal in mind. Our sound is constantly evolving and we explore a range of possibilities in our writing. You will see some new characteristics and some returning, but its hard to categorize exactly what will happen at this point.

10. What are some bands or musical styles that have influenced your music and also what are you listening to nowadays/

We take obvious influence from a plethora of metal genres, no specific bands really come to mind. We also take a lot of influence from classical music and jazz. I can only answer for myself (Kellan) but right now I'm not really focused on any one genre. Sometimes Dissection, sometimes Art Blakey, sometimes Street Fighter theme songs. There's really no rhyme or reason to my musical taste at this point.


11. How would you describe your views on Norse Paganism?

Again, I can only answer for myself. My take on all religion is that it is mythology. To that effect I love to study religion, and pagan religions have the most fascinating and beautiful mythology to be found, but I don't practice anything. So, my view on Norse Paganism is that it is fascinating to study.


12. Outside of music what are some of your interests?

The pizza calzone I had for dinner was magnificent.