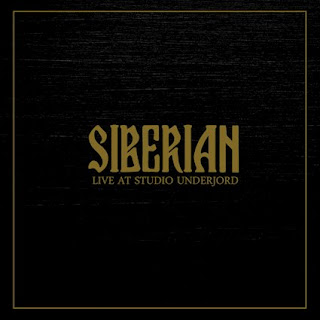 All  of  the  songs  are  recorded  live  along  with  one  track  also  introducing  clean  guitars  onto  the  recording.  When  the  music  speeds  up  a  small  amount  of  blast  beats  and  tremolo  picking  can  also  be  heard  which  also  enhances  the  more  black  metal  side  of  the  bands  musical  style.  The  production  sounds  very  professional  while  the  lyrics cover  an  Orwellian  view  on  modern  society.

After we released the album we've been on a European tour that we worked with together with our booking agency.
One of our goals is to become a great live experience and we're still working very hard on trying out different ideas every tour.

We usually say we play some kind of Post-/sludge metal, but that can sometimes be misleading.
We all like different things and we try to incorporate our differences in our music.
I think Siberian is a forum for us to express our feelings and when our feelings change, the music change.


3.Your lyrics cover some dystopian and existentialism themes. can you tell us a little bit more about your interest in these topics?

Our first album, Modern Age Mausoleum, has a dystopian theme to it. Somewhat based on George Orwell's 1984 but also based on other dystopian works.
Through Ages of Sleep, our most recent album has nothing to do with these topics.

4.Origianlly the band was known as 'Shrine', what was the cause of the name change and also the meaning and inspiration behind the name 'Siberian'?

In 2013 we signed with local record label 'Gaphals' and had to change the band name for legal reasons.
We named the band after the vast wilderness in Siberia, because we find the primitive and untouched taiga to be a great source of inspiration to us,

All of our shows are great shows no matter where we play or the size of the audience.
We have done shows for 200 people and also shows for 2 people and we play as intense we can for everybody.


7.On a worldwide level how has the feedback been to your music by fans of sludge and post metal?

I think we've gotten a very mixed response. We are very aware that we are difficult to categorize as a band
since we mix alot of important genres in the metal scene. The goal with Siberian is to try to make something that stands out
musically. We don't want to paint ourselves into a corner and focus only on one genre. Most importantly we write what we want
to hear ourselves and don't pay much attention to what other people think about the direction of our music.
We flirt with Sludge, black metal and post-metal a lot since we are big fans of those genres but we explore other genres like
folk, rock and ambient music as well. The response from our recent tour was very positive and people seem to like what we do.
I don't think we have any expectations at all but if people like what we do that's great! If people don't like what we do that's okay too.


8.Are you happy with the support 'The Sign Records' has given you so far?
Yes.

Only time will tell. We have already started to speculate the theme for our third and final album in this trilogy.
I think our third album will be very great.

A lot of our inspirations doesn't necessarily come from other bands but rather
philosophical ideas that we discuss with each other from time to time. We also have literature and real-life experiences
as a source of inspirations to write our music.

Posted by OccultBlackMetal at 6:34 PM No comments: 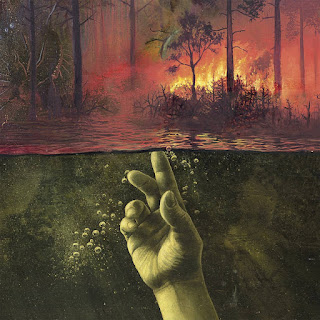 Siberian  plays  a  musical  style  that  takes  post  black,  sludge  and  progressive  metal  and  mixes  them  together  to  create  a  sound of  their  own,  the  production  sounds  very  professional  while  the  lyrics  cover  inner  struggles,  dystopian,  and  existentialism  themes.

http://www.metalinjection.net/av/new-music/art-metal-masters-siberian-explore-their-dreams-on-through-ages-of-sleep​
Posted by OccultBlackMetal at 5:59 PM No comments: