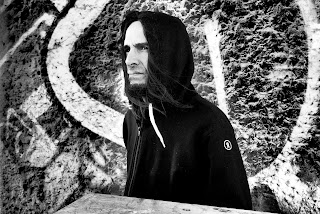 For those that have never heard of you before, can you tell us a little bit about the musical project? MAUDIIR is a one-man project that started in Montreal at the end of 2018. After working with various people on different projects, I needed to do something on my own. Having always been a guitar player, I decided to buy a bass guitar, and try out on vocals, to be able to depend only on myself and eliminate compromise.

Recently you have released an ep, can you tell us a little bit more about the musical style you went for on the recording? On ‘Le Temps Peste’, I’m mixing black metal, thrash metal, and NWOBHM. I think there is also a punk drive in some of the riffs. I was aiming for a mix of old school and modern stuff.

What are some of the lyrical topics and subjects you have explored so far with the musical project? Consumer society, religion, science going awry, addiction to technology, environmental decay.

What is the meaning and inspiration behind the name 'Maudiir'? The name is derived from the French word ‘maudire’, which means ‘to curse’. My brother and a few of his good friends got together and came up with the name. I thought it was quite fitting with the lyrics of the songs and the general mood of the music. Even if all the songs are in English, we wanted a name that could also reflect my culture as Québécois.

Can you tell us a little bit more about the artwork that is presented on the ep cover? The picture is of an old garbage incinerator in Montreal. It was taken during a recent snowstorm. I think it represents very well the lyrical themes of the EP, and it is also a prominent sight in the particular neighborhood of Montreal where it is situated.

With this musical project you record everything by yourself but have experience working with full line ups, how would you compare the two? These days I very much like the freedom of working alone. Despite the fact that writing and recording everything by oneself is a lot of work, it’s actually much faster than waiting around for people to do their parts. There is irreplaceable chemistry and camaraderie that comes with working in a band situation, but the right people are hard to find, and it takes a lot of time and dedication. My experiences led to hiring musicians that recorded their parts the way they wanted on songs that I had written. The results were good, I think, but it becomes a long, costly and draining process.

Currently, you are unsigned, are you looking for a label or have received any interest? I’m not shopping around for a label. If ever I would receive an interesting offer, I would consider it.

On a worldwide level how has the reaction been to your music by fans of black, death and thrash metal? The EP has been out for only 2 weeks, so it’s pretty hard to evaluate a worldwide reaction for now. People, in general, seem to be very enthusiastic about the music, more than any other project I’ve worked on so far, which I find very encouraging.

What is going on with 'Trinity Blast' these days? We have released 2 new singles at the beginning of the year, so with the release of the MAUDIIR EP, I find it’s a pretty good start to the year for me.

When can we expect a full length and also where do you see yourself heading into as a musician during the future? I think I’m going to continue doing EPs for a while as it takes less time to publish new music. I already have 2 songs written for the next MAUDIIR release.

What are some of the bands or musical styles that have had an influence on your music and also what are you listening to nowadays? I’m influenced by modern and old-school black metal, classic 80’s metal such as Judas Priest and Iron Maiden, thrash metal. These days I’m really enjoying the new Obsequiae album, which I think is brilliant, as was ‘Aria of Vernal Tombs’. The new Mayhem album is great too. I’m listening to a lot of different music, from The Beatles to extreme metal.

What are some of your nonmusical interests? TV series, movies.

Before we wrap up this interview, do you have any final words or thoughts? Thank you very much for your interest in me and MAUDIIR, it is very much appreciated. 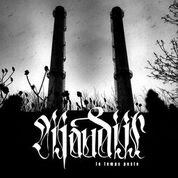 A  very  fast sound  with  blast  beats  starts  off  the  ep  while  also  introducing  melodic  guitar  leads  onto  the  recording.  Vocals  are  mostly  grim  yet  high  pitched  black  metal  screams  along  with  the  riffs  also  adding  in  a  decent  amount  of  melody  and  traditional  metal  influences  and  all  of  the  musical  instruments  also  have  a  very  powerful  sound  to  them.

Maudiir  plays  a  musical  style  that  takes  black,  melodic  death,  thrash  and  traditional  metal  and  mixes  them  together  to  create  a  sound  of  his  own.  The  production  sounds  very  professional  for  being  a  self  released  recording  while  the  lyrics  cover  consumer  society,  religion,  science  going  awry,  addiction  to  technology  and  environmental  decay  themes.