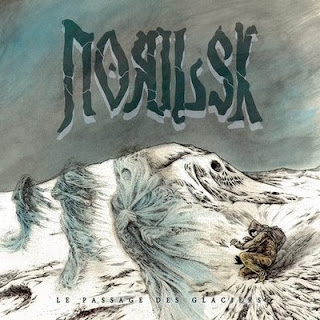 Norilsk  plays  a  musical  style  that  takes  back,  dark,  doom,  sludge,  death  and  post  metal and  mixes  them  together  to  create  a  sound  of  their  own,  the  production  sounds  very  professional  while  the  lyrics  are  written  in  French  and  cover  mythology  and  history  themes. 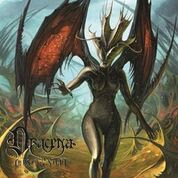 Posted by OccultBlackMetal at 7:31 PM No comments: 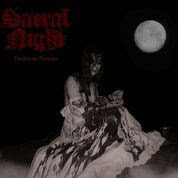 Sacral  Night  plays a  musical  style  that takes  the  heaviness  of  90's era  black/death  metal  and  mixes  it  in  with  first  wave  black  metal  elements  and  an  80's  traditional/power  metal  form  of singing  and  mixes  them  together  to  create  something  very  original,  the  production  sounds  very  professional  while  the  lyrics  cover  darkness,  death  and  occult  themes.

https://www.youtube.com/watch?v=bdY1VvkwzJM
Posted by OccultBlackMetal at 8:23 PM No comments:

Symphonic  sounding  keyboards  start  off  the  album  and  they  also  mix  in  with  the  heavier and  melodic  side  of  the  songs  while  all  of  the  musical  instruments  have  a  very  powerful  sound  to  them  while  clean  playing  and  operatic  clean  vocals  are  also  added  into  certain  sections  of  the  recording.

On  this  recording  Xanthochroid  goes  into  more  of  an  avant  garde  and  progressive direction  while still  mixing  in  elements  of  black  metal, the  production  sounds  very  professional  while  the  lyrics  cover  their  own  self  created  lore  and  fantasy  themes.

Posted by OccultBlackMetal at 12:55 PM No comments: 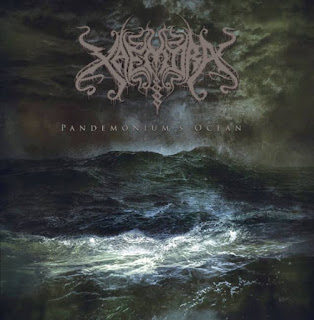 Xaemora  creates  another  recording  that  remains  true  to  the  symphonic  style  of black  metal  from  previous  releases,  the  production  sounds  very  professional  while  the lyrics  cover  misanthropy, chaos  and  death  themes.

Posted by OccultBlackMetal at 8:07 PM No comments: 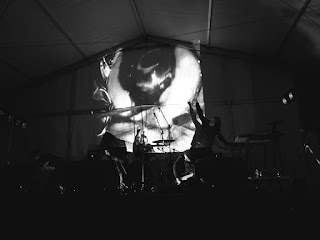 1.For those that have never heard of you before, can you tell us a little bit about the band?
LaColpa was born in 2014 in Alessandria (Italy) like a sort of creature, a Golem: at first the four piece lineup with Andrea Moio (ex Sùr) at bass, Cecco Testa (Cropcircle) at the elettronics, noise, driller, chains and samples, Davide Boeri (ex Septycal Gorge) at the drums and Davide Destro (ex Infection Code) at the guitar and effects, started as an instrumental band, creating the hard body and structure of the creature, then I joined to the band giving it the voice. All of us came from different experiences in the area of extreme and experimental sounds, from the ambient to the noise passing through the extreme metal, so in some ways, LaColpa has started life by itself.

2.So far you have released a demo and a full length, how would you describe the musical sound that is presented on both of the recordings and also how do they differ from each other?
The demo contained a raw version of Soil, the first track of the album, and came out in a 33-copy limited edition CDR. In the album the same track was enriched by Dano Battocchio's work (Last Minute To Jaffna /Tutti I Colori Del Buio) to the mix and Brad Boatright at Audiosiege at the final master. The sound is a mix of Doom, Sludge, Noise and Black Metal and it can be described as a sort of descent into man's inner hell.

3.What are some of the lyrical topics and subjects the band explores with the music?
LaColpa explore all those obscure parts in the human beings. It does so with a sense of martyrdom: in the creation of texts I like to sink into deep and dark moods as a sort of shaman, taking them to the surface to amalgamate them to the chaotic sense of the noise.

4.What is the meaning and inspiration behind the name 'LaColpa'?
LaColpa is translatable in English as TheGuilt. In religion, the sense of guilt is very important because it is closely related to the sins committed by man. For religion, we are all guilty, and unlike religion, we think that there is no salvation because this is exactly the human nature.

5.What are some of the best shows that the band has played so far and also how would you describe your stage performance?
We recently made a live with our friends Viscera/// for our full length debut. It was a nice live, we got several positive feedbacks. In our performances, we try to let the spectator fall into the depths of the dark moods we evoke, also thanks to the visual support we select.

6.Do you have any touring or show plans for the future?
For now we have a concert with OVO on December 8th. We don't have tour dates, because we don't mainly focus on live shows. We prefer to devote ourselves to composing new songs for the moment.

8.On a worldwide level how has the feedback been to your music by fans of black metal, sludge and noise?
We have received many positive feedback from the lovers of those sounds. This makes us happy because it means that the work we did has arrived where it wanted to arrive.

9.What is going on with some of the other bands or musical projects these days that some of the band members are a part of?
They will continue. Personally I have several noise and power electronics projects like Moana I want to carry on. Along with Davide Destro we started a new project called Macabro Dio more oriented into noise/power electronics sound compared to LaColpa, but keeping dark themes in the black metal style. Cecco will also continue working on Cropcircle and Winter Martyrium , and I think new projects or collaborations will be forthcoming in the future.

10.Where do you see the band heading into musically during the future?
It's hard to say! I think we will try to keep our style and direction, but who knows, we are all experimental musicians and the idea of introducing new things always fascinates us.

11.What are some of the bands or musical styles that have had an influence on your music and also what are you listening to nowadays?
We all have a different musical background and maybe that's the reason why our sound is so weird, but we all love noise, experimental music and black metal. Among the bands that influenced us, I could mention Portal, Leviathan, The Body, Khanate and many more.

12.What are some of your non musical interests?
Surely the nihilistic pessimism of authors such as Cioran and Caraco, the intrinsic carnality in the Catholic religion, esoterism, and extreme forms of art: from contemporary art performances to the cinema.

13.Before we wrap up this interview, do you have any final words or thoughts?
I can leave you with the words that close our live shows:
WE DON'T EXISTS, WE ARE YOUR GUILT.

Posted by OccultBlackMetal at 6:38 PM No comments: 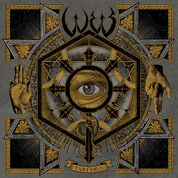 W.E.B  plays  a  musical  style  that  is  mostly  rooted  in  symphonic  black  metal  while  also  mixing  in  a  decent  amount  of  goth  elements,  the  production  sounds  very  professional  while  the  lyrics  cover  Melancholy,  Darkness  and  Greek  Mythology  themes.

https://www.youtube.com/watch?v=INQ3Y98bq4Y
Posted by OccultBlackMetal at 7:43 PM No comments: 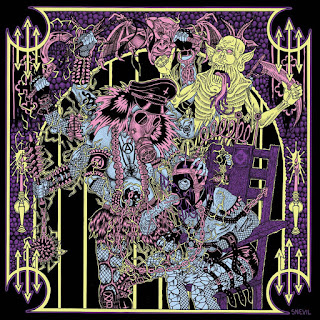 A  horror  movie  soundtrack  orientated  sound  starts  off  the  album  before  going  into  more  of  a  fast  grind  and  crustcore  direction  along  with  some  blast  bears  while  the  vocals  are  mostly  black  metal s creams  as  well  as  some  death  metal  growls  also  being  utilized  at  times  and  most  of  the  tracks  are  short  in  length.

Posted by OccultBlackMetal at 8:26 PM No comments: 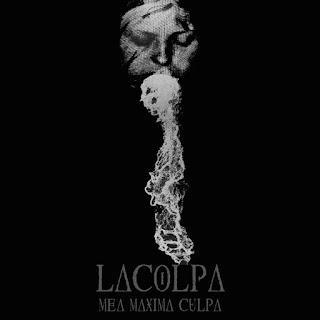