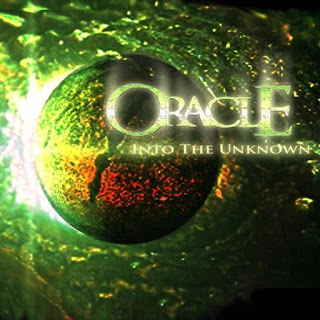 Classical  guitars  start  off  the  album  along  with  some  stringed  instruments  being  used  briefly  before  going  into  more  of  a  heavier  and  melodic  direction  while  the  faster  sections  of  the  songs  also  bring  in  a  decent  amount  of  blast  beats  along  with  the  vocals  bringing  in  a  mixture  of  black  metal s creams  and  death  metal  growls.

When  guitar  solos  and  leads  are  utilized  they  are  done  in  a  very  melodic  fashion  while  the  songs  also  bring  in  a  great  mixture  of  slow,  mid  paced  and  fast  parts  along  with  some  atmospheric  sounding  keyboards  also  being  added  into  certain  sections  of  the  recording  as  well  as  the  music  also  having  its  technical  moments.

Oracle  creates  another  recording  that  remains  true  to  their  melodic  mixture  of  black  and  death  metal  while  also  adding  new  things  into  their  style,  the  production  sounds  very  professional  while  the  lyrics  cover  philosophical  and  war  themes.

Posted by OccultBlackMetal at 9:18 PM No comments:

We are a melodic blackened death metal band from lower Alabama that prides itself on epic music that incorporates many genres of metal.

2.In 2016 you had released an album, how would you describe the musical sound that is presented on the recording?

Diverse with a heavy attention on creating different ways to make the listener either head bang or feel emotions. An adventure and journey that carries you through ups and downs with topics of hatred, uprise, battle and death itself.

Ancient gods and goddesses, serpents, war, death, fire and ice all used in metaphors for everyday ailments such as anger, sadness and hatred. We like to leave the lyrics open ended enough that the listener can inject his or her own emotion and life experiences into the songs.


4.What is the meaning and inspiration behind the name 'Oracle'?

A bringing of music in a grand fashion. The prophecy coming so to speak. To be grand in nature and represent us in a way that allows us to be broad and creative in our music.

We have played a lot of great shows. Probably the best was Devil's night which had an artist named Nate the knife create the entire stage. He also produced a very theatrical flow between bands the whole night. This plays right into our hands as our stage show is very energetic and up beat with very little breaks and we keep a pretty set plan in between songs. Many songs even run together to where you don't always know a new song has begun.

Of course. We plan to do as many shows as we can and even considering a tour. We currently have 3 or 4 scheduled over the next month or so and just got done doing a couple.

If the right situation would reveal itself, we would sign. We have had offers but turned them down as we are able to do so much of oracle on our own.


8.On a worldwide level how has the feedback been to your music by fans of melodic black and death metal?

Emperor, Gojira, Amon Amarth, Aborted, Dissection, The Black Dahlia Murder, Dimmu Borgir, Sylosis, Watain, Sepultura, Megadeth and a lot more. All are bands we listen to and that have influenced us greatly.

Keep listening and follow us as we will be making more in the future. We would also like to thank each and every listener out there. Hit us up. Send us a message. Let us know what you think personally. We love to hear from each and everyone no matter how good or bad. We keep an open ear as we are all on the same journey of life and can learn from each other.

Posted by OccultBlackMetal at 9:21 AM No comments: 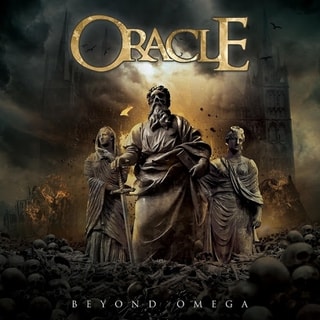 Oracle  plays  a  musical  style  that  takes  a  melodic  and  atmospheric  style  of  black  metal  and  mixes  it  with  brutal  and  technical  death  metal  to  create  a  sound  of  their  own,  the  production  sounds  very  professional  for  being  a  self  released  recording  while  the  lyrics  cover  perspective  and  metaphor  themes.


Posted by OccultBlackMetal at 4:41 PM No comments: