1.For those that have never heard of you before, can you tell us a little bit about the band?
Hemelbestormer is a four piece doom/sludge/drone-band from Limburg, Belgium with current and former members of Gorath, Serpentcult, Ender, Doganov and Hedonist. We started playing together somewhere in 2011 and are about to release our debut split with Vanessa Van Basten through Consouling Sounds. It's not the typical everyday split, but rather a cooperation where both bands create one lengthy track of forty minutes.

2.According to the bio the band formed out of the ashes of Gorath, what was the decision behind ending that band and starting this one?
The bio is not entirely correct. In fact, the band was formed by Jo (guitars) and Kevin (bass, visuals), Filip and myself joined in a later stadium, Filip being the latest addition. The main reason Filip put Gorath to rest was disappointment. Not in the music or the reception, but in almost everything else. There were a lot of expectations, but due to all kinds of external factors, he just couldn't live up to them. So he thought it was better to simply end the story at a peak instead of letting it drag on. Their music was also evolving away from their black metalroots, since "The Chronicles Of Khiliasmos" has more in common with Hemelbestormer than with Goraths other albums. He is still very proud of all the things he did with Gorath, but it's time to move on and explore different areas.

3,How would you describe your musical sound?
We incorporate all kinds of influences in our sound, ranging from atmospherical ambient and postrock/metal to devastating doom/sludge and even black metal. Bands like Neurosis, Cult Of Luna, Year Of No Light, Mogwai, Rosetta, Amen Ra and Isis all left their mark on our sound, but we try to do our own thing instead of merely copying the work of others. Atmosphere and emotions are equally important as heaviness and aggression and with each composition we try to expand our horizons. Music should be creative and limitless, but a certain level of coherence is also essential.

4.Can you tell us a little bit more about the themes and concepts you bring out with your music?
There's not really a fixed theme or concept, but things like the infinity of space, natural and scientific phenomena, cataclysmic events and the vastness of oceans are subjects that serve as inspiration. Since there are no vocals or lyrics, we have to express certain feelings and emotions mainly through music and this is a real challenge. Artwork and visuals during live shows are there to strengthen these emotions and therefore we put a lot of time, care and effort in creating them. Our bassplayer Kevin is a professional graphic designer and I don't have to tell you that it is a gift of God having someone with his talents in the band.

5.On the split the music was all instrumental are you planning on using vocals in the future?
For the moment, we are quite happy with being an instrumental outfit, but we don't rule out the use of vocals in the future. We just don't want to use them just for the sake of having vocals. Not only should they fit the music, they will have to add an extra dimension. Otherwise, we don't see the point.

6.What is the meaning and inspiration behind the name 'Hemelbestormer'?
A "Hemelbestormer", a Dutch word that can be translated as "stormer of heaven", is a person with revolutionary thoughts and ideas, someone who thinks outside the box and is not afraid to try new things. Within the band, we can all relate to this way of thinking when we create music.

7.What are some of the best shows that the band has played so far and how would you describe your stage performance?
At this very moment, we haven't played a single show yet, but we are planning to do so very soon. We are going for the total package: an overwhelming sound, captivating visuals and a dark, gloomy atmosphere. There will be no breaks and no interaction with the audience, just a forty-five minute dive into the world of Hemelbestormer. We will try to make each show an experience you won't easily forget.

8.Do you have any touring or show plans for the future?
On February 22nd, we'll have our debut performance in Tessenderlo where we shall introduce the band to the public. Treha Sektori, a very interesting and haunting ambient/drone-act from Paris is joining us at this event. Furthermore, we will support Esoteric in Brussels together with Procession, Marche Funèbre, Indesinence and Fading Bliss on April 26th and on May 23rd we will share the stage with the mighty Conan in Diksmuide. We are currently working on some more shows, both domestic and abroad, but we can't give you any details yet.

9.Recently you put out a split with Vanessa Van Basten, what are your thoughts on the other band that participated in the recording?
We haven't met the guys of VVB personally and I don't really know their albums, but I do like their part of the album. Musically, it's not entirely something I listen to on a daily basis, but I love their creativity and their "limitless" approach. Their music is a bit different, but I think the combination worked out fine.

10.On a worldwide level how has the feedback been to your music by fans of more underground genres?
Since the album in not released, we haven't read many reviews yet. The ones we did get were all very good. We did, however, get a lot of positive response to the video we made for our part of the split, a song called "Portal To The Universe". Our name seems to be buzzing a bit in the scene. Even now, with no release or live experience, some people seem to be blown away by our stuff and they are really spreading the word. We get very cool and supportive messages from time to time and we are looking into some very interesting stuff for the future.

11.When can we expect a full length and what direction will it be in music wise?
We have absolutely no idea when we will record a full length, but we have several songs that are fully finished and a whole bunch of ideas for some others. It's all in the vein of "Portal To The Universe", but with some twists here and there. Nothing more boring than writing the same song over and over again, right? Variation is very important, not only for the listener, but also for ourselves.

12.What are you listening to nowadays?
I'm a very eclectic listener. I'm not limiting myself to one particular style or genre, because if you do that you miss a lot of great music. There's so much cool stuff out there waiting to be discovered, but most of it doesn't get the recognition it deserves. So apart from the "classics" and the bands I grew up with, Black Sabbath, Metallica, Slayer, Motörhead, Led Zeppelin and so on, I'm always keen on discovering something new. Some more recent bands I enjoy are High On Fire, Rival Sons, Kvelertak, Ghost, Tombs and  I can also recommend the latest records of In Solitude, Alcest, ASG and Jex Thoth. This is of course a very short and incomplete list! Recently Filip introduced me to bands like Celeste, Mgla, Code, Regarde Les Hommes Tomber and Svartidaudi and I really love the approach and mood of these acts. To return the favor, I gave him some records of Yob, Electric Wizard, Sleep and Conan and he seems to love it. As for non-metal stuff, Depeche Mode, Bohren & Der Cub Of Gore, Emily Jane White, Mark Lanegan, Ozric Tentacles, The Doors, Roky Erickson and Pink Floyd are among my favorites.

13.Do you have any non musical interests?
I'm an avid reader and a big movie fan. Again, I don't limit myself to one specific style, because that's just silly. If it's a good story with interesting characters and a compelling setting, the style doesn't matter at all. Some works I recently read include the "A Song Of Ice And Fire"-cycle by George R.R. Martinn "Metro 2033" by Dimitri Glukhovsky, "Haunted" by Chuck Palahniuk and "The First Law"-trilogy by Joe Abercrombie. Cool movies and series you definitely should check out are "The Dark Knight"-trilogy, ", "Inception", "Argo",  "Drive", "Breaking Bad", "The Walking Dead", "Game Of Thrones" and "American Horror Story".

14.Before we wrap up this interview. do you have any final words or thoughts?
Hemelbestormer is more than just music. Even though we're an instrumental band. Our tracks need time. They need efforts to be embraced and understood. Slowly their darkness will take part of you. Today it's hard to focus on something which isn't fast, hard and cheap, like anything seems to be in our western lives. But for one time, give up that awfully thought, relax and open the portal to the universe. Thank you.

Posted by OccultBlackMetal at 5:02 PM No comments: 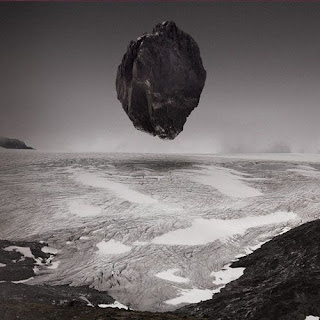 https://www.metal-archives.com/albums/Hemelbestormer/Hemelbestormer_-_Vanessa_Van_Basten/406902
Posted by OccultBlackMetal at 11:09 PM No comments: