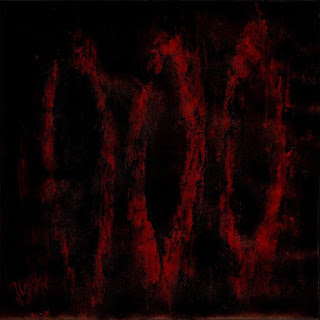 Well, this project started in 2015 but we've been collaborating and playing in many different bands for several years.
In fact I've recorded most of my albums in the studio of Denys, who plays electronics in this release. I mean, besides the band, we're three mates who share more than musical activities.

2.Recently you have released an album, how would you describe the musical sound that is presented on the recording?

I don't like talking in terms of "styles". I think nowadays we have to transcend that, music is music after all. And sometimes thinking in styles is artistically self-limiting , but to make myself clear Icould say there's some dark ambient and drones here, as well as free improvisation and black metal feeling.

3.Some of your music is inspired by the writings of H.P Lovecraft, can you tell us a little bit more about your interest in this author?

I've been a fan of Lovecraft since I was a teen, I really enjoyed Poe, him, or other terror/fantasy/witchery writers like R.E Howard. About Lovecraft, besides his stories, there's an amazing and complex philosophy and spiritual concept behind all that. As usual, best things are between the lines.

4.You have also listed S. Ben Qayin and Asenath Mason as influences 2 contemporary left hand path authors that have been making some headlines lately, can yo tell us a little bit more about your involvement with the Black Arts And Occultism?

Well, I think there's nothing black on Arts, and nothing occult on Occultism. All these are just words that humans need to conceptualize what our limited minds are not able to understand. Everyone has their own path and it's free to walk it or not. Everything's revealed, the only thing we need is having the will to see beyond. I mean by saying that, I don't take part in any team but mine. And I don't work for anyone but myself.

5.What is the meaning and inspiration behind the name 'Triplezero'?

It's an abstract concept about the zero as chaos, the double zero as infinite, and triplezero as an antithesis of the infinite.

6.Has the band done any live shows yet or has this been a studio project so far?

The band was born as a studio project with the only purpose of having fun making free noise impros. But the results were much better than we expected, and then we decided to include our friend Eric on vocals as a featuring. The whole thing was growing and now we've got something solid we can defend on stage.

7.The album was released through both 'Antinomia Records' and 'Binary Sorrow', can you tell us a little bit more about both of these labels?

Binary Sorrow is an italian label who trusted on our music from the beginning and we really appreciate that. They'll release the album on CD in a few months. About Antinomia, it's my own label, a division of Sepulchral Silence, the metal one where I'm the A&R, but Antinomia is focused on experimental and avantgarde stuff regardless styles but on intense and creative music.

8.On a worldwide level how has the feedback been to your album by fans of the more dark or underground forms of music?

Some of them love it, some of them were shocked or annoyed, and I'm glad about that, ‘cause it means our music leaves nobody indifferent. Anyway, not a big deal. I make music for myself, not for others. But if in the meantime it can touch somebody else... much better!
9.What is going on with some of the other bands or musical projects these days that some of the band members are a part of?

We three are in too many projects to be listed here. I think the point is Triplezero feeds and fits some part of us that no other project can.
10.Where do you see the band heading into musically during the future?

Expect anything. But I can assure intensity will be the same or even more, regardless the aesthetics or musical direction.

I personally prefer music over styles. About bands...too many. I just can say lately I've been listening to Demilich, Cultes Des Ghoules, Infester, Portal, early Bethlehem and late John Coltrane.

I appreciate the opportunity to answer your questions here, and I just want to encourage people to find and discover new stuff, diving into the Antinomia, Sepulchral Silence, Binary Sorrow catalogues and all of underground metal or non-metal labels, to be open minded and always look beyond. Cheers!

https://www.facebook.com/000triplezero/
Posted by OccultBlackMetal at 11:28 AM No comments: 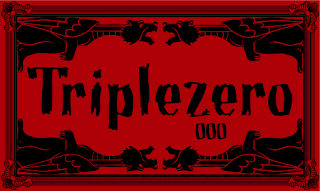 Distorted  noises  along  with  some grim  black  metal  screams  start  off  the  album  along  with  some  blast  beats and  after  awhile  the  music  goes  into  more  of  an  avant  garde  direction  and  the  music  also  uses  a  great  amount  of  demonic  growls  during  the  heavier  sections  of  the songs  and  the  whispers  give  the  tracks  more  of  an  evil  atmosphere.

Triplezero  plays  a  musical  style  that  is  mostly  rooted  in  black  metal  and  ritualistic  dark  ambient  while  also  adding  in  experimental  and  avant  garde  elements  to  create  something  very  original,  the  production  sounds  very  dark  and  raw  while  the  lyrics  cover  Lovecraft  themes  along  with  the  ritualistic  and  left  hand  path  elements  from  the  writings  of  S.  Ben  Qayin  and  Aseneth  Mason.

https://antinomiarecords.bandcamp.com/album/000
Posted by OccultBlackMetal at 6:17 AM No comments: