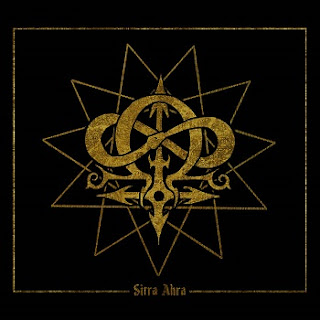 Deathillusion  creates  another  recording  that  remains  true  to  the  melodic  black  and  death  metal  of  previous  material,  the  production  sounds  very  professional  for  being  a  self  released  recording  while  the  lyrics  cover  Anticosmic  Satanism/Luciferianism,  Temple  Of  The  Black  Light,  Liber  Azerate,  and  Liber  Falxifer  themes.

Posted by OccultBlackMetal at 7:00 AM No comments:

1. Can you tell us a little bit about the band for those that have never heard of you before?
We are some kind of black metal band of southern Spain, not in the way of a traditional black metal band regarding our music but in the meaning of the idea behind it.
It could maybe be described as a strong ritualistic content materialized in just the kind of music needed to interpret our beliefs, no more and no less.

2. How would you describe your musical sound?
Something lost between dark black metal melodies and catchy rock riffs.

3. Your lyrics cover a lot of Luciferian, Occult and Left Hand path themes, can you tell us a little bit more about your interest in these topics?
The whole concept behind the band is to use all what we do, from the music to the image to connect to higher states of consciousness, it is more like a profound personal experience for us than something made for others to understand, but of course the lyrics are the more direct way to share this experience with others interested in the same themes. So it’s more a matter of convictions than just lyrical themes.

4. What is the meaning and inspiration behind the bands name?
Well the name just represents the two main topics of our ideals, on the one hand DEATH as the end of all nature and beginning of next forms of being and on the other ILLUSION as the way all cosmic existence that surrounds us blinds us from the true chaotic aspects of the universe.

5. According to the Metal Archives page the band split up for awhile, what was the cause of the break up and the decision to reform?
The causes of the break were just personal differences between members and geographic impossibility to continue in that way, there was never a real break up just a search for new members.

6. What are some of the best shows that the band has played so far and how would you describe your stage performance?
We have played with other Spanish top acts like AVULSED and NOKTEM for example.
Our stage performance is, as I described above, one more way to be what we are, Inciense, altars and much symbology in combination of our music and dark ambiences makes our performance the powerfull it is. We lately had released a live video that shows it pretty good.
http://www.youtube.com/watch?v=oolOyvMHA04

7. Do you have any touring or show plans for the future?
Yes, we are planning a tour on national level and looking forward to expand it to Europe as soon as possible.

8. Currently you are unsigned, are you looking for a label or received any interest?
Well, at the moment we are working towards an upcoming album, once finished it will be released properly.

9. On a worldwide level how has the feedback been to your music by fans of extreme metal?
On national level it seems to work pretty well, people enjoy our performances and show interest to our Ep and our merchandise, and of course social networks help a lot to be heard at other countries, but once again we work more for people interested in our way of thinking than our actual music.

10. What direction do you see your music heading into on future releases?
The compositions are getting darker and darker and more focused on the ambiences and ritualistic passages.

11. What are some bands or musical styles that have influenced your music and also what are you listening to nowadays?
Of course the link between us and bands like dissection is a fact. In the beginning our mainly influence was the Reinkaos LP of this band, and also the more extreme sounds of Watain and the rock essence of The Devils Blood have finally lead us more and more to a personal unique sound.

12.Outside of music what are some of your interests?
Of course in every band every member has different interests in this case irrelevant for our music, we do what we do out of conviction.

13. Any final words or thoughts before we wrap up this interview?
Thank you very much for the interview, may it be a way for us to get to those who can appreciate our work the way it is meant.
Hail Azerate!!

Posted by OccultBlackMetal at 9:08 PM No comments: 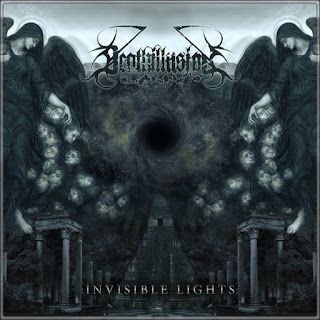 Posted by OccultBlackMetal at 9:54 PM No comments: