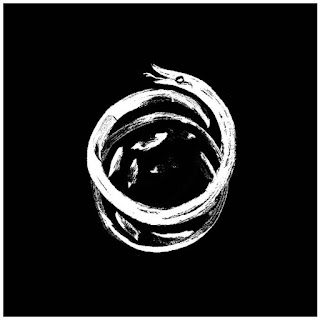 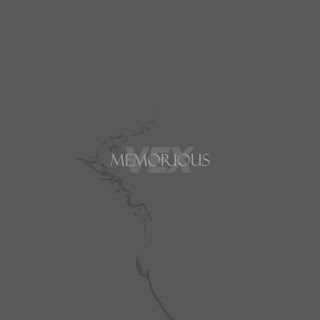 Rhythm  guitars  range  from  slow,  mid  paced  to  fast  riffs  that  combine  melodic  death  metal  with  progressive  death  metal  and  thrash  to  create  a  sound  of  their  own,  while  the  lead  guitars  are  very  melodic  and  progressive  sounding  black/death  metal guitar  solos  and  leads,  as  for  the  acoustic  guitars  when  they  are  utilized  they  use  finger  picking  and  full  chords  to  add  more  progressive  touches  to  the  music.


www.facebook.com/vexhomepage
Posted by OccultBlackMetal at 4:30 PM No comments: 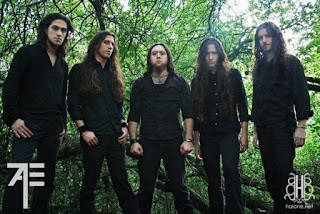 
A: We are a 5 member Progressive metal band from Monterrey, Mexico. That has been working on this project since 2008. Recently we released our debut album independently.

THE ADVENT EQUATION is composed by:


A: it’s a mixture of heavy guitar influences, along with atmospheric leads and rhythm complexity, which can go from warm and calm melodic passages, to aggressive and dynamic grooves.


A: it goes around an existential theme throughout the songs, exploring the mind’s journey through loss, pain and death.


A: We can describe its meaning by looking at the words individually, with ADVENT we have something big, a change that will occur, that being one side of it, and on the other one we have the word EQUATION which speaks of balance, equality that each member brings .


A: We’ve had some memorable performances throughout the years, joining stage with bands such as Haggard, and Opeth, which have been rewarding, each on their own. And definitely a remarkable moment on our history was when we presented this album with a full venue on our hometown.


As for our performance, it has always been as energetic as it is atmospheric, trying to share the way we feel the music.


A: we look forward to promote our music in 2013, across our country and wherever our music can be heard.

7. Currently you are unsigned, are you looking for a label and if so what kind of label do you feel that would be a perfect fit for your music?


A: We decided to go ahead and release the album independently, to get our music out there, and of course we would be open to professionally work with a label, with intention to make an important contribution to the modern metal scene.

8. On a worldwide level how has the feedback been to your music by fans of metal?


A: It has been received in a very positive light, and we would like to take this moment to thank anyone who has supported us by looking us up on social media, and given the album a listen.


A: Thanks to the genre’s versatility, our future releases will stay within progressive metal. We strongly believe in not limiting yourself. This has been our main drive to make things as professional as possible, to take every detail into consideration, and ensure our productions have the best of each of us.

10. What are some band or musical styles that have influenced your music and also what are you listening to nowadays?


A: As each member comes from a different background musically speaking, we have a multitude of influences, just to mention a few, Porcupine Tree, Tool, Cynic, Camel, Pink Floyd and melodic metal in general.


A: Photography, art, whiskey, sports, videogames, and what living in an industrial city entails.


A: We would like to thank anyone that took the time to read this interview, and invite you to listen to our music, visit our Facebook and Twitter accounts, and please be more than welcome to contact us.

Posted by OccultBlackMetal at 9:23 PM No comments: 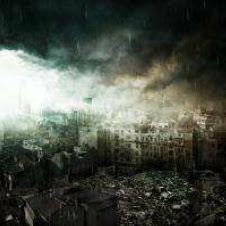 Rhythm  guitars  range  from  slow  to  mid  paced  riffs  that  combine  melodic  black  metal,  doom  and  death  metal  with  progressive  rock  to  create  a  sound  of  their  own,  while  the  lead  guitars  are  very  melodic sounding  guitar  solos  and  leads,  as  for the acoustic  guitars  when  they  are  utilized  they  use  full  chords  and  finger  picking  to  enhance  the  progressive  sound  of  the  music. 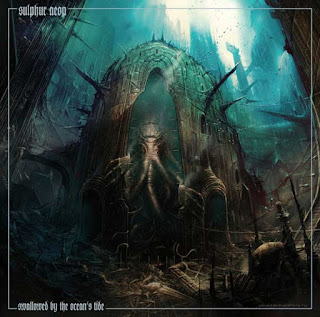 At the very moment we’re composing the material for the 3rd album. In the first half of 2013 the recording may be begun. Besides, we’re planning to take part in some gigs – we’re preparing for them. But mainly we compose the new material which’s going to gladden our listeners, suppose.

The album’s full of different wind-instruments sounds, female vocal-trio and more lively and merry music development. Though we couldn’t’ do without ballads, we tried to expound them more brightly. Moreover, in comparison with the previous one this album is more merry, bold and energetic.

3.What are some of the lyrical topics and subjects the band explores with the new release?

In particular we continue composing and playing music touching upon the theme of the holidays and our ancestors’ mode of life, some stories of nature. It contains much humor on a level of serious themes. But the major aim is to tell the listeners about all the sides of our ancestors’ way of life – from our point of view. We add to our music more wind- and folk instruments – a jew’s harp, kalyuka, bag-pipe, whistle.

4.What is the meaning and inspiration behind the bands name?

One shouldn’t rely on the literal translation though there’s a grain of it in it’s meaning. That’s the cry or a song of a bird which can be heard in the sky and everywhere. Like us for we want our song be hears everywhere.

Each gig is great and unique in it’s way, but most of all we were impressed by the open-air “Peredvizhenye” in Pereslavl’ –Zalessky, “Bylinny bereg 2012” in Kimry, Folk-fest – 2012 in Ufa. We shared stage with Troll bends Fir, Skolot and many other well-known bands,. Fresh air, pure nature, great scene and sound and a friendly audience stuck in our memory.

6.Do you have any touring plans for the new release?

Yes, we’re planning to go to the festival “Nasledye 2012” in Tambov in the nearest future. But before that we’re going to visit Kazan. Ulianovsk and after that Izhevsk at the end of this year. Moreover, we’ve got some plans to visit Europe in 2013.

7.On a worldwide level how has the feedback been to your music by fans of folk metal?

8.Are there any other musical projects besides this band or is this a full time line up?

Yes, some of us participate in side-projects, But GRAI is first-priority, naturally)) Ruzveld, Andrey and Irina take part in the project of Alex Nightbird Soloviev – Serdze-Kamen’.

9.What direction do you see your music heading into on future releases?

We think, it’s going to be a bit more complicated and melodious but thought-provoking, of course – more wind-instruments and merry inflammatory tunes. That’s going to be directed on folklore and nature even more.

10.What are some bands or musical styles that have influenced your music and also what are you listening to nowadays?

One can’t say that playing this music we listen to folk music only. Some of us listen to electronic music, some like jazz or classical music. Some listen to progressive, the others – pagan-metal. That would take too much time to enumerate all the genres and the bands. Concerning the first part of the question - our music was influenced be Cruachan, Gods Tower, Alkonost, Korpiklaani e.t.c.

11.How would you describe your views on Paganism?

Paganism is a way of displaying of patriotism and honoring and giving respect to your Native Land. To esteem former times when all the Slavic folks were a single whole when there were no fat feudal lords. I think we should never loose the pivot making us what we are. We all should know who we are and where we live.

Unfortunately, we have a lack of time. Mainly we spend it at the rehearsals and at work. But some of us are fond of travelling, going cycling, arranging the gigs and celebrating some holidays))))

Spend your time rationally, do what you like doing and the result won’t keep you waiting, That’s going to be beyond any expectations. Listen to true music! Wish you peace and all the best!

Posted by OccultBlackMetal at 12:01 AM No comments: