Crawl is a one manned Blackened Doom monolith. The core of crawl consists of me behind a drumset with a stringed instrument mounted across the kit. I play the bass instrument primarily live, while drumming, with minimal use of samples and loops. Behind me is bass cabinets stacked three high, with the words "crawl" blazoned on the highest most cabinet.
Crawl started in July 2011 after a previous band had fallen apart months prior to a tour I was in the process of booking. After reflecting on my past failures for some time I decided that there was no one on this earth that was going to join me on the arduous path that is being a touring musician.
I sat down for a week or two, drew out some sketches, formed a plan, and chipped away at a workable format until I got where I am today.
Crawl is always evolving, and I often find that I must force myself to slow down so I can showcase some of the ideas I have for an extended amount of time.

2. How would you describe the musical sound that is presented on the recordings?

Crawl is a hypnotizing bleakness, accompanied by pained and emotional vocalizations. Some elements of noise fill in the gaps, and samples of cavernous soundscapes set the tone throughout any given track.

3.What are some of the lyrical topics and subjects that you explore with your music?

The lyrics often in the perspective of a necromancer reflecting on his worthlessness brought on by the loss of his own power. Weak, pathetic ramblings of an ancient piece of shit, dying in a tomb he created himself. His suffering is his own fault and he has no one but himself to blame for his failures. Some lyrics are also presented in the perspective of a summoned entity begging to die, begging to be imprisoned, or just worshiping the need to be enslaved. There is no finite lyrical theme. Just the exploration of lack of self worth, stagnant depression, failure, suicide. Through the eyes of necromancy and minimal early 15th century medieval imagery.

4.What is the meaning and inspiration behind the name 'Crawl'?

Crawl is derived from the term "Dungeon crawl" which is a type of scenario in fantasy role-playing games in which heroes navigate a labyrinthine environment. The use of Crawl as a title is to illustrate the idea of being lost in a dark tomb/cave/dungeon.

5.With this project you record everything by yourself, are you open to working with other musicians or do you prefer to remain solo?

I have heavily considered collaboration, and I am always thinking of musicians that would fit the part. I have come close but it just hasn't happened yet.
I would like to release some albums based entirely around collaboration without perverting the idea that I am playing two instruments at once and am a "solo act". That hasn't happened yet, and I'm not interested in rushing it.

6.'Black Bow Records' is re-issuing your whole discography, can you tell us a little bit more about these newer versions?

Black Bow Records is simply hosting my discography for now. There aren't any significant differences to the albums. I wouldn't want there to be. There may or may not be some Black Bow Records exclusive recordings or merchandise, but we are early on in the stages of working together and that has yet to be discussed.

7.On a worldwide level how has the feedback been to your music by fans of black metal, sludge and noise?

I have received very little negative feedback on Crawl by anyone regardless of genre. I am most interested in playing for the people that haven't been exposed to any elements of the music I am creating. I am primarily interested in opening minds and showing people that there are things that have yet to be discovered. I find that my live show bypasses any genre exclusivity. Black metal, Noise, Sludge, Art shows, Rock, Thrash, Grind, Powerviolence... I've done it all and its always the same reaction in different degrees; "I have never seen anything like that, ever."

8.Are you currently involved with any other bands or musical projects these days?

I am drumming for UK's Conan at psycho las vegas 2017 and in San Diego on August 22nd. I have been in other bands at the same time as Crawl, but for now, its just these two bands.

9.Where do you see yourself heading into as a musician in the future?

I want to explore classical guitar, I want to own a theorbo. I want to continue bringing up emotionally painful experiences for audience members via Crawl live sets. I want to evoke great amounts of emotion, and i want to compose songs that put people into a temporary depression.
I want to highlight pain, and use it as a tool for healing.

In the beginning bands like Skaphe and The White Mice were my go to for inspiration because writing by myself was a difficult situation to get a handle on.
But now... I just remember to start slow, pick an object or emotion, and slowly begin to elaborate on whatever topic I am focusing on at the time.
The music I listen to nowadays usually consists of very slow ambient dungeon synth. Anything to keep me calm and grounded. Soundscapes similar to those one might see popping up in some of Crawl's new material. Also Grok's "A Spineless Descent". Anything/Everything on the mysticism productions bandcamp. Lluvia. Shit like that.

My non musical interests include PC gaming, early 15th century armour and recreating those pieces, medieval weaponry, crafting instruments... Essentially building anything and everything until my hands fall off.

Crawl will touring the west coast with Black Vice (blackvice.bandcamp.com) and Haunter (hauntertx.bandcamp.com) August 3rd - August 16th.
Those tour dates can be found on the Crawl facebook (facebook.com/crawlblindly).

Keep an eye out for Red River Family Fest 2017 in Austin Texas. The line up is not one to be trifled with.

If you're interested in medieval plate armour, look into "Necroticarmoury" on facebook and on instagram. I am interested in making armour for bands, anyone that would attend a renaissance festival, or just for someone who wants to own pieces of hand made armour.

Thank you for taking the time to ask me these questions, or if you're reading this interview; for making it to the end.
-Crawl

Posted by OccultBlackMetal at 8:22 PM No comments: 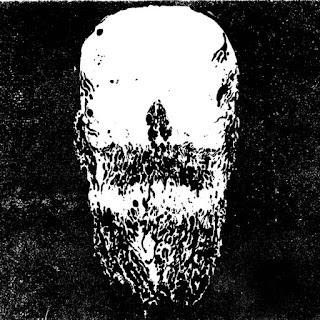 Crawl  plays  a  musical  style  that  takes  black  metal,  sludge  and  noise  and  mixes  them  together  to  create  something  very  original,  the  production  sounds  very  dark  and  heavy  while  the  lyrics  cover  dark  themes.

Posted by OccultBlackMetal at 9:07 PM No comments: