from melynda,
1. Can you tell us a little bit about the project for those that have never heard of you before?

We are a rock trio. We fuse elements of progressive rock and experimental metal.

hmmm always a hard question. It is sincere and emotionally driven music. I am personally obsessed with fusing beauty and aggression.

Eight Bells is a nautical term. Eight bells is the end of one shift or watch and the beginning of the next. That moment in between the two is where I want to exist. What I want to describe.

Our stage performances are always very exciting to us. We get into a state that I like to think of as reflective- Pushing it out.. I think it might be the most honest anyone can ever see me be. We had a lot of fun doing shows with Agalloch, and also playing on the Fall Into Darkness festival here in Portland with SubRosa, Bell Witch, and Wolvserpent.

Yes we are actually working on a west coast tour right now for late April . Nothing is fully confirmed yet, but I expect we will make an announcement in the next few weeks.

7. On a worldwide level how has the feedback been to the new album by fans of underground music?

Hmm well I don't know yet. I expect that it will be a mixed bag though. I am well aware that we are not making music for the masses.

8. Currently you are signed to Seventh Rule, how did you get in contact with this label and how would you describe the support they have given you so far?

Seventh Rule Recordings Rules. They actually helped us a bit with the financing of the recording- and we have a really fun email and text joking relationship. Scott the label owner, actually got in touch with us- he had seen a live show, and contacted our booking agent about us. We met and thought he was a really good guy and a great place for The Captain's Daughter.

9. Are there any other musical projects besides this band or is this a full time line up?

This is it for now. And quite enough really.

10. What direction do you see your music heading into on future releases?

Hmmm I have always wanted to make something super beautiful and almost classical. We shall see.

11. What are some bands or musical styles that have influenced your music and also what are you listening to nowadays?

Lately I have been listening to the soundtrack for the movie 'The Road' , Hildur Gudnadottir , today I listened to some Death, and Necrophobic, Can't get enough Anima Morte , Enslaved ( who I love - and yes even the new one), and some Italian disco believe it or not.

I like to go hiking when I can find the time, love my dog, I go to shows. Lately alot of hibernation interspersed with sauna - as it is cold and wet in portland!

13. Any final words or thoughts before we wrap up this interview?

Thanks much for your interest in the band.

Posted by OccultBlackMetal at 8:20 PM No comments: 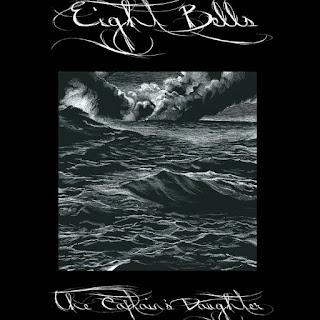 Drums  range  from  slow  to  mid  paced  drumming  with  no  fast  playing  or  blast  beats  being  present on  this  recording,  while  the  bass  playing  has  a  very  strong  and  powerful  sound  with  heavy  riffing  that  dominates  throughout  the  recording.

Rhythm  guitars  range  from  slow  to  mid  paced  playing  that  combines  post  black  metal,  progressive  rock,  psychedelic  and  experimental  together  to  create  a  sound  of  their  own  as  well  as  some  soft  and  clean  playing,  while  the  lead  guitars  are  psychedelic  sounding  guitar  leads.

Vocals  are  mostly  clean  singing  female  vocals  with  some  black  metal  screams  being  utilized  at  times,  while  the  lyrics  cover  dark  themes,  as  for  the  production  it  has  a  very  strong,  powerful,  heavy  and  professional  sound  where  you  can  hear  all  of the  musical  instruments  that  are  present  on t his  recording  with  the  songs  being  long  and  epic  in  length.

In  my  opinion  Eight  Bells  are  a  very  great  sounding  hybrid  of  post  black  metal,  psychedelic,  progressive  rock and  experimental  music  and  if  you  are  a  fan  of  this  musical  genre,  you should  check  out  this  band.  RECOMMENDED  TRACKS  INCLUDE  "Fate  And  Technology"  and  "Yellowed  Daughter".  RECOMMENDED  BUY.

EIGHT BELLS on Facebook
http://www.eightbellsband.com
Posted by OccultBlackMetal at 10:27 PM No comments: