1.Can you give us an update on what has been going on with the band since the release of the 2 albums?

I am currently working with the promotion of the albums and also dealing a live performance for them.

2.In July, you had released 2 albums, how would you describe the musical sound that is present on both of the recordings and also how do they differ from the stuff you have released in the past?

The sound has more space as it is intended through the concept of the albums. This is
elaborated by using the binaural (3d) recording technique which gives the listener the perception of a three dimensional space surrounding him. It is more diverse than the previous works, many instruments, styles in a working whole, a ‘’gestalt’.


3.What was the decision behind releasing 2 albums instead of one?

I had many pieces that would not fit in a single work. Also each album works as a complement for the other. They are one work in essence.

5.What is the meaning and inspiration behind the name 'Abstruse'?

It means difficult to comprehend, inspired by the statement that truth is hard to grasp, it lies behind the curtains of our illusory world.


6.There are only 2 members in the band, are you planning on expanding the line up in the future or do you chose to remain a duo?

7.The band was formed in 2002 but it took 5 years to release any material and it took till 2012 to release a full length, can you tell us a little bit more about the gap between releases?

Since 2010 , an album comes every two years. I think this is not a large gap for a solo project that has many demands of technical, structure-wise nature. In  the beginning things were more difficult and also demands from universities kept things hard .

Actually a demo was released in 2003 but we decided not to let it out.

No, the music is very underground for a label to release. They also seek for live concerts that are not doable right now. I prefer the DIY view for now.

9.On a worldwide level how has the feedback been to your music by fans of metal and experimental music?

There has been a lot of feedback from all over the world , such as U.S. , Germany
and it is always a nice surprise to see the albums featured on talks in forums by fans suggesting them to others.

10.What musically direction do you see yourself heading into during the future?

I can speak for the next album which will have a tribal feeling in it. The future is unknown…

In the past, Mayhem, Thorns, Bolt Thrower,from the extreme metal scene, Stravinsky, Scriabin, Debussy from the 20th century classical, later Amon Tobin, Bong Ra from electronica. I am listening to a lot of different genres; one particular band that walks great on the crossover path is the Norwegian Manes.

Reading, Writing, in specific a paper for a new musical system I am developing through the years, called the ‘rational system’

Thanks for the questions, people can check out the albums and download them for free in bandcamp , here is the link : http://abstruse.bandcamp.com

Posted by OccultBlackMetal at 4:21 PM No comments: 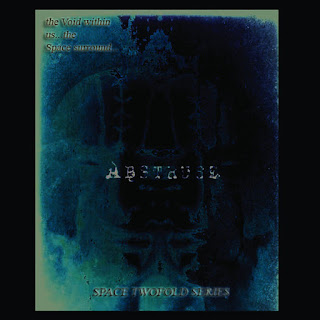 Dark  ambient  drones  and  atmospheric  sounds  start  off  the  album  along  with  some  acoustic  guitars  and  avant  garde  clean  singing  a  few  seconds  later  which  also  get  more  aggressive  at  times  as  the  album  progresses  and  the  distorted  parts  bring  in  elements  of  industrial  while  also  having  the  heaviness  of  metal  and  you  can  also  hear  a  small  amount  of  grim  voices  being  utilized  in  the  background  at  times.

Abstrucs  creates  another  album  that  is  very  experimental  and  avant  garde  while  also  having  a  small  amount  of  black  metal  as  well  as  being  very  heavy  and  adding  an  industrial  influence  into  their  sound  to  create  a  very  original  sounding  recording,  the  production  sounds  very  powerful  for  being  a  self  released  recording  while  the  lyrics  cover  illusion  and  reality  themes. 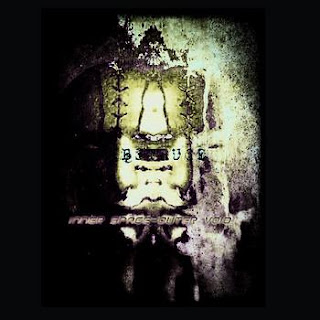 Abstruse  creates  a  very  weird  style  of  music  with  their  sound  having  some  roots  in  avant  garde  black  metal  and  thrash  which  is  still  a part  of  their  sound  while  the  later  half  of  the  album  really  goes  for  a  very  experimental  direction,  the  production  sounds  very  dark  yet  powerful  while  the  lyrics  cover  Illusion  and  Reality  themes.

Posted by OccultBlackMetal at 10:31 PM No comments: