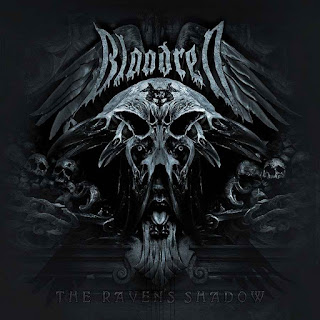 On  this  album  Bloodred  remains  very  true  to  the  melodic  style  of  blackened  death  metal  that  he  has  established  on  his  previous  releases.  The  production  sounds  very  professional  for  being  a  self  released  recording  while  the  lyrics  cover  feat,  anger,  solitude  and  loneliness  themes.

Posted by OccultBlackMetal at 12:26 PM No comments: 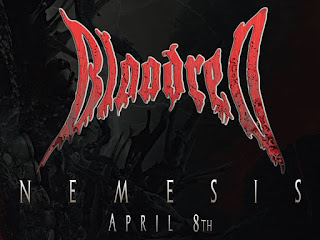 Bloodred  creates  another  recording  that  takes  melodic  black  metal  and  mixes  it  in  with  brutal  death  metal  to  create  some  very  aggressive  sounding  music,  the  production  sounds  very  professional  for  being  a  self  released  recording  while  the  lyrics  cover  dark  and  violent  themes along  with  a  couple  of  songs  being  written  in  German.

Posted by OccultBlackMetal at 12:28 AM No comments: 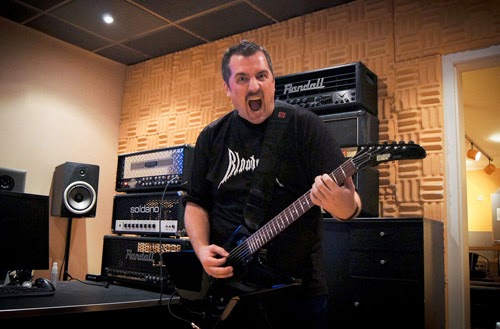 1.Can you give us an update on what has been going on with the musical project since the release of the new ep?

Most of the time I've been busy promoting the EP, but I also worked on new music and reworked some of the older stuff as well.

2.Recently you have  released a new ep, how would you describe the musical sound that is presented on the recording?

"The Lost Ones" definitively shows the more Black/Death Metal side of Bloodred. The title track starts with a typical Black Metal blast beat intro and then changes into a  more midtempo song with some groovy riffs. If you listen closely you can also hear some Thrash-inspired parts. "Spirits Of The Dead" is as close as I maybe will ever venture into Black Metal: fast paced with some epic parts and typical riffing. There are some really cool drum parts in it too.

3.The project has been around since 2009 but so far has only released an ep and a single, can you tell us a little bit more about what has been going on during the 5 years?

I started Bloodred when I realized that my (former) band mates didn't share my musical taste anymore, since I was going into the more extreme side of metal. It then took a while to create a musical identity and to refine the sound of Bloodred. I wrote many, many songs which from a today's perspective have nothing or little to do with the Bloodred sound nowadays. But I was ready to spend this time, because I wanted - and still want - to create music, which is 100% me. No compromises!

I also needed some time to learn the basics of recording and producing your own music in the home studio. There are so much more possibilities today than 10 or 15 years ago. But you have to have the right equipment and the necessary software tools. Working with these tools is a real time killer too ...

4.On the ep you had some inspiration from Samuel Bamford and E,A Poe, can you tell us a little bit more about your interest in these poets?

It's not so much a special interest in those poets mentioned above. It's more that I'm always searching for lyrics about a certain topic that will fit to the music. What I especially like about these older texts is the use of uncommon words or syntax. Finally those writers are much better in finding unusual metaphors than I will ever be capable of.

The music is always first, so finding poems/lyrics that fit to the rhythm and the parts of the song isn't that easy. But when sucessful I find it very rewarding and it always adds to the whole song.

5.With the exception of drums you record everything solo, do you feel this adds to the creativity of the music?

On the one hand it surely adds to the creativity. There's no arguing about anything: musical ideas, songwriting, artwork etc. and this makes it all easier in a way. On the other I have the feeling that sometimes other opinions would be helpful in the process of songwriting. When your at a dead end maybe someone else would come up with the next riff or idea ... And of course: you can't play live when you're alone. I miss that a lot.

6.On the ep you had the drummer of Atrocity on drums and the singer produce the record, where you happy with what they have brought into your musical sound?

Yes, absolutely! Both guys are super nice and they helped me a lot. The studio is actually only a few kilometers away from where I live, so it was a obvious choice for the recording of the EP. Alex has produced many albums over the years and he has a very well equipped studio. He also helped me a lot when I was recording vocals, because of course he has great experience of being the vocalist in a death metal band. Alex also came up with the idea of getting Joris for the drum recordings. Joris was up for the task in no time and he did a great job. He really is a amazing drummer! He was able to play everything I had programmed and moreover added his own subtle drum patterns here and there.

But the best part of working with both guys was, that they always respected my choices and never tried to force anything. Especially Alex with all his experience was very supportive in every way. It's very helpful if you can learn from a person like him!

Recording the EP in a pro-level studio is a first step and I think the songs and the quality of the recording are definitively good enough to send the EP out to the respective labels. I haven't received any interest from labels yet, because I think they simply don't know of Bloodred. But this will change in the not too distant future ...

So far the feedback has been very good for most parts. What still makes a great impression on me is the fact, that I get feedback from all over the world. The very first reaction came from Australia, I got many messages from South America and even my friends up in the north in Iceland reached out with some great feedback. And this is one motivation of why I make music: I want people to react and interact! If they like it or not, I really appreciate every feedback.

9.When can we expect a full length and also where do you see yourself heading into musically during the future?

Currently I'm not planning to do a full length. There are first talks about recording another EP with two or three songs, but this is not carved in stone yet. If this will happen, the songs will show a more melodic side of Bloodred but they still will be recognizable as Bloodred. So far there are no major changes to the music in sight.

10.What are some of the bands or musical styles that have influenced your newer music and also what are you listening to nowadays?

I'm listening to metal for over 25 years now, so I think that many bands or genres have left a mark on me one way or another. But I think some of my main influences are Emperor, Moonsorrow, My Dying Bride and early Amorphis & Metallica. Each band also represents a musical style that influenced me over the years. Generally speaking I think the music from Scandinavia influenced me the most.

Some of the newer bands I listen to are Skalmöld from Iceland (their new album is coming up in october), Eldkraft, Iskald or Vattnet Viskar.

11.How would you describe your views on Atheism?

I am an Atheist and for me Atheism is the absence of belief that any deities exist. I "believe" in reason and scientific evidence. And I think the late Christopher Hitchens was right when he said that "religion poisons everything". One can see this on a global but also on a local level, e.g. with the great influence the church has on so many decisions that should only be made by governments.

However I try to keep this topic out of Bloodred, because music should be fun in the first place. The only exception is the song "Enemies Of Reason" after the BBC series with the same name by Richard Dawkins. But as a person I try to be an advocate for a more secular society.

In most of my spare time I'm actually working on music or other things concerning Bloodred. But with the start of a new season of "Game Of Thrones" or "Doctor Who" you can find me in front of the TV. I also read a lot or listen to audiobooks. Family is of course also a big part of my life.

First of course I want to thank you for the review of "The Lost Ones" and the interview. It was a pleasure!

Secondly I want to encourage all of your readers to send me feedback to my music via Facebook, Twitter or the website. As I said earlier: getting in touch with people is a great motivation for me.

Posted by OccultBlackMetal at 6:35 PM No comments: 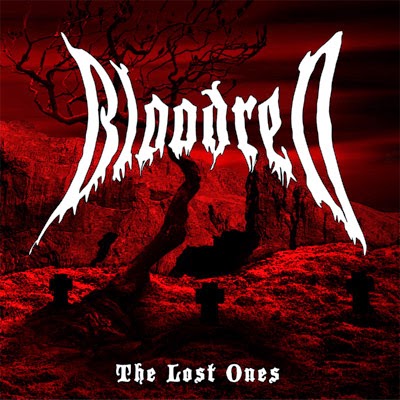 Posted by OccultBlackMetal at 8:52 AM No comments: