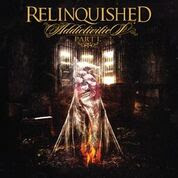 When  the  music  speeds  up  blast  beats  and  tremolo  picking  can  also  be  heard  as  well  as  one  of  the  tracks  being  an  instrumental  which  also  introduces  synths  onto  the  recording  and  the  songs  also  bring  in  a  decent  mixture  of  slow,  mid  paced  and  fast  parts.  The  production  sounds  very  professional  while  the  lyrics  are  a  concept  album  based  upon  a  drug  addict  protagonist  named  Daniel  and  his  struggles  with  addiction.

Posted by OccultBlackMetal at 8:13 PM No comments:

1. Can you give us an update on what has been going on with the band since the recording of the new album?
Sure. There was a lot going on since “Onward Anguishes” came out. We allied with KillShot Management, played a Tour in Russia and got new Partners like 69Chosen for wardrobe and Remo, Paiste and DW in the drum section.
And most important that we have begun the writing of new material.

2.How would you describe the musical sound of the new album and also how does it differ from the previous album and ep you released in the past?
Well I think we can say that there was a distinctive variance between every release since the beginning. “Rehearsal Doom EP” was mostly Melodic Doom, “Susanna Lies In Ashes” was more progressing into our main sound and the start of the Storyline. And now with “Onward Anguishes” we had a lot more clean parts and more of the Story of course.
The next album will be, well a bit different again. But I won´t tell you the exact direction we will go on that, but I´m sure who enjoyed our music in the past will definitely like this one as well.

3.What are some of the lyrical topics and subjects the band explores with the new album?
The Lyrics, as on the previous albums, are about the Story of Susanna, Victor and Joseph. This time we will have another protagonist who´ll bring us the new events. And I guess some surprised faces on him as too. But I think I can tell you a part that doesn´t spoiler that much - Addictions (Drugs and others) will be a huge subject.

4. What is the meaning and inspiration behind the name Relinquished?
We searched a long time for a name that describes what we are and what kind of people we wanna reach. Then in a second Relinquished was there and we just knew - felt right from day one. Even if there was a lot of pronouncing mistakes here in Austria.
5.What are some of the best shows that the band has played so far and how would you describe your stage performance?
Some of the best? Considering the we enjoy every time playing there is no best, but there are some bands we played with that stayed in our minds. Last year with the great Obituary, the Anniversary show of Belphegor and the Tour with Kimaera.
6. Do you have any touring or show plans for the new album?
We surely will be playing more shows once the album will be released and until then there should be some more single Gigs as well, but no certain dates yet.

7.The new album came out on Noisehead Records, can you tell us a little bit more about this label?
It´s the Label we brought out “Susanna” and “Onward”, and we also recorded them in the Noisehead Studios here in Austria. There are also some other great Austrian bands with them so I can say everyone should check their page and listen to some of these bands.

8. on a worldwide level how has the feedback been to the new album by fans of extreme metal?
We never saw us as an extreme Metal band, still we played with a lot of those and surprisingly the response was really great throughout. There are always some thoughts if the slow clean parts will be liked by the audience that came here for some party.

9. What direction do you see your music heading into on future releases?
The only direction we can certainly tell is “different”. As the story continues the music does. And we are not considering doing the same album again with some newer riffs. There will be new stuff always varying from what we did before.

10. What are some bands or musical styles that have influenced your newer music and also what are you listening to nowadays?
Again always varying but at the moment : Katatonia, Shining, Gojira, and some Depressive Suicial and Dark Metal stuff.

11.Outside of music what are some of your interests?
Nothing unusual I guess. We all have friends and families and spend most of the remaining time with them.

12.Any final words or thoughts before we wrap up this interview?
If anyone doesn´t know us. Start with “Susanna Lies In Ashes” and get the whole story and sound arrangement at once. I´m sure you´ll like it.
And of course thanks for the interview!

Posted by OccultBlackMetal at 11:11 PM No comments: 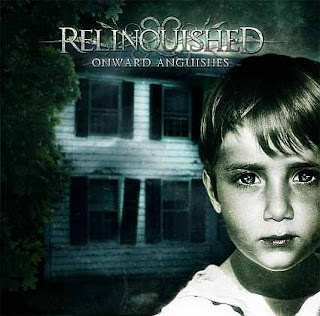 "Authority"  begins  with  some  melodic  guitar  leads  and  drums  and  after  a  few  seconds  heavy  guitar  riffs  along  with  some  black  metal  screams  and  death  metal  growls  come  into  the  song  while  also  keeping  around  the  guitar  leads  and  then  the  bass  guitars  come  in  along  with  a  brief  use  of  clean  sections  before  getting  heavy  again  and  adding  in some clean male  and  female  singing  as  well  as  switching  back  and  forth  between  clean  and  heavy  parts.

"Logical  Step'  begins  with  some  heavy  progressive  metal  guitar  riffs  along  with  drums  and  deep  growls  as  well  as  some  high  pitched  screams  and  after  awhile  guitar  leads  make  their way  into the  song  and  as  time  goes  on  by  there  is  a  brie f use  of  clean singing  being utilized  as  well  as  some classical guitars  before  getting heavy  again.

"Surrender  And  Distance"  begins  with  some  technical,  melodic  and  heavy  guitar  riffs  and  drums  along  with  some  growls  and  after  a  couple  of  minute  acoustic  guitars  are  brought  into the  song that  also  bring  in  some  progressive  elements    along  with  some  whispers  and  then  the  song  returns  to  its  heavier  riffs  but  also  bring  in some  melodic  vocals  as  well  as  some  guitar  solos  and  leads  before  making  switches  back  and  forth  between  soft  and  heavy  parts.

"Another  Lightsource  Going  Out"  begins  with  some  soft  acoustic  guitars  which  utilize  both  full  chords  and  finger  picking  and  a  minute  later  the  song  adds  in some  flutes  along  with  some  programmed  beats  later  on  on  then  the  song  starts  adding  in  some  heavy  guitar  riffs.

Song  lyrics  cover  dark  and  depressive  themes,  while  the  production  has  a  very  strong,  powerful,  dark,  heavy  and  professional  sound  where  you  can  hear  all  of  the  musical  instruments  that  are  present  on  this  recording  along  with  some  of  the  songs being  long  and  epic  in  length.

Posted by OccultBlackMetal at 10:26 PM No comments: