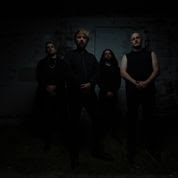 James: Well since we released back in July I’ve been hard at work on press and promo for the album, to try and get the music in front of people. I’ve also been thinking hard on ideas to keep the band and album relevant since we can’t tour the record

2.A few months back you had released a new album, musically how does it differ from the stuff you have released in the past?

James: ‘Euphoria’ is definitely very different from our previous release “Horror” conceptually, so I think the biggest sound difference comes from the subject matter. So, Horror sounds like “horror” as a concept, and Euphoria sounds rather “euphoric”, haha.

3.The lyrics on the new recording are a concept album, can you tell us a little bit more about the story you have covered with this release?

James: From a very broad perspective, I guess I’m covering the general human experience of ups and downs, and how thoughtfulness and introspection can breed even deeper and darker experiences and feelings, as opposed to “ignorance is bliss”. Personally, the story in the album is sort of my justification for feeling like shit about certain things haha.

4.In the beginning you where known as 'As Crusaders Depart' then 'Nomadic' what was the cause of the name changes?

James: Haha, As Crusaders Depart is not this band. Two previous members of this band were in that band, but they’re not the same. Nomadic started in early 2016. We are still Nomadic but it’s branded with the V because there’s another artist called “Nomadic”. I still refer to it with the A though

5.What is the meaning and inspiration behind the name 'Nomvdic'?

James: I didn’t name the band unfortunately, so it doesn’t really mean anything to me. I think the ‘V’ is dumb but we had already garnered some attention as “Nomadic” so a total name change was out of question, and we just started stylizing it with the V. I guess the cool thing about it is we’re undeniably the only thing that will show up when you search “NOMVDIC”

6.Can you tell us a little bit more about the artwork on the new album cover?

James: Yes! I love our symbol! The “-∀-“ thing. I guess that’s the one good thing to come out of the upside-down A. I really made it a point to not put our band name on the front cover of the album or any of the album merch. Euphoria isn’t about us as a band, it’s about the music, and I want that symbol to embody that. It’s very intentional. Also, aesthetically, I wanted Euphoria to be very very colorful to represent feelings and the human experience.

James: Oh man. Our tour with The Faceless was phenomenal. The shows in Joliet IL, St. paul MN, and Kalamazoo MI really stand out. We headlined a festival that sold out back in 2018 and that’s one of the best shows I’ve ever played, so much fun. I just really enjoy playing shows. Our live performance is very active and very theatrical. We play to our album back track (we’re not cheating anything haha, I just mean all of the additional sounds are in the back track) so you still get the album experience, but you also get the added intensity of our high energy live show.

James: I’m very proud of my work as an independent artist and releasing this album independently, and the releases performance given that it was independent inspires me even more to continue DIY. however I’m always down to work with people who share the same creative vision. I don’t think I could ever give that up. I’m so proud of this album and I love it so much.

9.The new album also got a huge score on the billboard charts in the first week, do you feel this is a very great accomplishment for an unsigned band?

James: Huge accomplishment. I’m so proud. So so proud. I love this album and love our fans. I could cry, it’s so cool.

James: I definitely thought it would be more jarring. But we seem to have fans in all corners of metal. I think any elitist of any group would not enjoy it as it’s not specifically death metal or specifically black metal or specifically metalcore, etc etc, but it dabbles a little bit into every single thing. So I think people who have an open mind and appreciate music generally seem to enjoy it. I’m happy with that. I can’t wait for more people to hear it.

James: great question! I love blast beats, and I love big choruses and the pitched yelling-Gojira style vocal that I do. So i think all of that will remain. Other than that, we will see where the music takes us. I’ll be writing and collaborating with other people moving forward - people much more talented than me - so we’ll see how it’ll turn out. I have some cool concepts for records moving forward. I’d like to work on and release music at a higher frequency than before though.

James: Another awesome question. Euphoria was super influenced by Gojira, The Contortionist, Deafheaven, Sleep Token, Now, Now, The Faceless, Fit For an Autopsy, Spiritbox, and Meshuggah.

James: I love traveling a lot. I’m actually visiting North Carolina right now while writing this. Hard to do during the pandemic, but renting a car is safer than flying. I work full time as a producer and mixing engineer, so I spend a lot of time working on audio. I also enjoy going for walks, eating great food, and spending time with my friends and cats.

Thanks so much for taking the time to interview me, this is really cool. Also I hope everyone checks out Euphoria! We have CDs and merch for sale at store.nomvdic.com.

Thanks again and I’ll talk to you later! 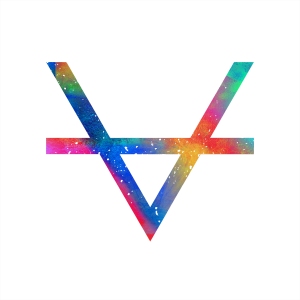 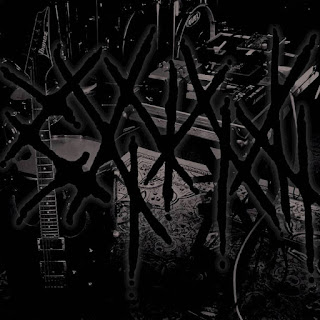 Dark  ambient  soundscapes  are  also  added  into  some  parts  of  the  recording  as  well  as  some  bass guitars  also  being  utilized  briefly  along  with  some  touches  of  shoegaze  also  being  utilized  when  clean  guitars  are  added  onto  the  recording.  A  small  amount  of  melody  can  also  be  heard  in  some  of  the  riffing  and  the  production  sounds  very  dark.

https://bogwych.bandcamp.com/album/on-the-wind-is-all-that-is-left-only-roots-remain
Posted by OccultBlackMetal at 12:19 AM No comments: