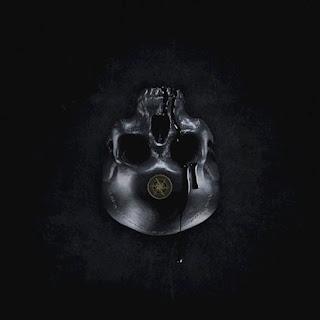 Posted by OccultBlackMetal at 7:07 PM No comments: 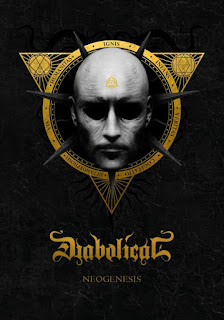 ''Metamorphosis"  begins  with  sound  effects  before  adding  in  heavy,  melodic  and  technical  guitar  riffs  and  drums  before  speeding  up  with  blast  beats  and  death  metal  growls  and  a  few  seconds  later t he  music  slows  down  a  bit  and  then  alternating  between  fast  and  slow  parts  as  well  as  bringing  in  guitar  solos  and  leads  and  halfway  through  the  song t here  is  a  brief  use  of  clean  parts  along  with  some  powerful  sounding  bass guitars.

"Ex"  which  is  a  short  instrumental  kicks  in  with  keyboards  that  utilize  a  variety  of  many  different  sounding  keys  along  with  some  violins.

Posted by OccultBlackMetal at 3:36 PM No comments: 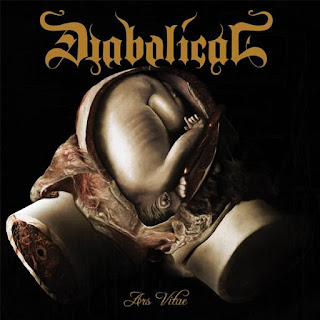 Diabolical are a band from Sweden that has been interviewed by this zine before and plays a musical style that mixes melodic black metal with technical death metal and this is a review of their 2011 album "Ars Vitae" which was released by Abyss Records.

Drums are mostly technical slow to mid paced playing with some fast parts but that much in the way of blast beats, while the synths are very dark sounding and don't over dominate the music, as for the bass playing it has a very dark tone with riffs that follow the riffing that is coming out of the guitars and at times they sound very powerful.

Rhythm guitars are mostly slow to mid paced to fast technical death metal riffs that are also influenced by melodic black metal and thrash, while the lead guitars are very technical and melodic metal guitar solos.

Vocals are mostly deep death metal growls that have somewhat of a black metal edge to them in the high pitched screams, while the lyrics cover death and the apocalypse with an occult edge, as for the production it sounds very heavy and professional with some songs being recorded live.

In my opinion this is another great album from Diabolical and if you where a fan of their previous releases, you will not be disappointed. RECOMMENDED TRACKS INCLUDE "Sightless" "Suicidal Glory" "Guidance Of Sin" and "The Dreaming Dead". RECOMMENDED BUY.

1. Can you give us a brief history of the band.

The band was formed in 1996 in Sundsvall, Sweden, by Sverker Widgren. The debut mini album "Deserts of Desolation" was released in 2000 and followed by the debut full-length in 2001, entitled "Synergy". The second album, entitled "A Thousand Deaths" was released in 2002. The album was followed by several tours during 2002 and 2003. After that we began working on a what was to become "The Gallery of Bleeding Art" which finally came out in November 2008.

2. What were you doing for the last 6 years, since the last full length.We experienced a series of unfortunate events.

The main issue for us was to find a suitable label to release "The Gallery of Bleeding Art". We have put a whole lot of effort and heart into this album and we didn't want just anybody who could give us a half-hearted deal release it for us. But after much searching we finally came across ViciSolum Productions.

I play bass in Devian and Sverker do vocals in Demonical.

4. What are some the best live shows that you have done and what crowds would you say are the best or craziest.

It's always a pleasure to play live! It's hard to point out any particular occasion, any show where the crowd is crazy and the moshpit is wild is great. But I'd say that in general the crowds in eastern Europe are more crazy in general.

5. What are your touring plans for the future, any live dates scheduled for the U.S

We are about to do the Hammer Battalion North Tour 2009 together with Unleashed, Belphegor and Devian. The tour starts off in Tallin, Estonia, on the 27th of February and ends in Gothenburg, Sweden, on the 14th of March. After that we have more touring planned for the near future so check www. diabolical. se for updates soon! We'd really like to tour the U.S, although we don't have any plans for that right now.

6. How would you describe your music to a listener that has not ever heard you before.

One of the most difficult questions for any musician. Diabolical has a strong foundation in death metal, although we don’t belong to the vacuum cleaner division of death metal. We are more aligned towards the melodic death metal genre, although we’re not part of the Gothenburg style, we’re far more dark and evil. We’re technical, but we still have a natural flow to our compositions and the music isn’t spastically technical. This is a really hard question, having lived with the band and our songs for many years, but I hope I could bring some clarity to it. It’s easy to find out for yourself nowadays, you’re one click away from our myspace site: myspace. com/religionist.

7. What are some of the bands main music influences, I can hear pretty much every style of metal in your sound.

Personally I can pick up influences anywhere, regardless of band or genre. It could be anything from Morbid Angel to a couple of notes I hear in a film music score. As for the songwriting on "The Gallery of Bleeding Art", and the string arrangements in particular, I spent some time picking up inspiration from composers like Shostakovich and Bartok. There is much in classical music that can be inspiring for making metal. As for our style we don’t try to limit us to any particular style, although we are a death metal band. However we try to be aware of our sound and not trail off too far from how we want Diabolical to sound.

8. Where was the new album recorded at.

The most part of the album was recorded at Necromorbus Studio in Stockholm which is run by our own Sverker. This was very convenient since we were basically working in an environment we're used to and we could focus on creating exactly what we wanted to. The drums were recorded at Underground studio, and the mixing was done there as well. This was a natural choice for us as well since both previous albums were recorded there.

9. Does Satanism or the Occult play any rule in the bands life style or music.

10. What are you listening to these days and what are some new bands that you would recommend.

I listen to anything that I find interesting for any reason. Recently I've listened a whole lot to the latest Enslaved album, "Vertebrae", a phenomenal album. I’ve also listened some to the new Anna Ternheim album as well. Not as good as the previous album but still enjoyable. Obviously I don’t limit myself to listening to metal. There is much to discover, and find inspiration from, from many genres. As long as a song or an album has quality and a good nerve I can listen to it and enjoy it, regardless of genre.

11. What are some good books or movies that you would recommend.

Right now I’m mostly reading poker books. Poker is one of my largest interests besides music. Right now I’m reading the second volume of Dan Harrington's book on cash games. I'd say he's one of the very best poker authors so anybody who’s interested in playing poker without going broke should spend a lot of time with his books.Just like with music there are so many crap movies that shouldn’t be viewed by anyone. I had a lousy day on my last tour with Devian and decided to watch a movie to get in a better mood, so I thought I’d watch a comedy. I started watching Disaster Movie and it was probably the worst piece of crap I’ve seen in years, had to turn it off half way through. So beware of that one! When it comes to good comedy I’d say that Monty Python’s Quest For The Holy Grail is at the top of my list. It should be at the top of everybody’s list.

12. How would you describe the metal scene in Sweden, I know in the past there have been some great metal acts that have came from that country.

The scene here is flourishing, as it has always done. For some reason Sweden has always been at the very front of the worldwide metal scene. It’s hard for me to say why, I really don’t know. At the same time I’m not that updated on the current status of the scene. But historically the Swedish scene has stood for much quality and innovation and I hope we can keep it up. With Diabolical we do our best to contribute.

Listen to our album! And buy it after you downloaded it, I hope you find that investment inevitable. And I hope to see you on tour, both in the moshpit and at the bar afterwards!14. Thanks for the interview.Thank you too!

Posted by OccultBlackMetal at 5:17 PM No comments: