Welcome. MAZE is a continuation of our road on the underground metal scene, that we walk for over a decade. MAZE is a musical journey through the forgotten paths of old-fashioned sounds. MAZE is an nostalgia for the old scene. Currently, the band it's me and M.Mist. I play the guitar, M.Mist is a vocalist and bassist. Other musicians participated in the recording session only. They are: S.Goat and D.Morph. They play or played in other bands.

2. So far you have released a demo and finished recording a full length, how would you describe the musical sound that is presented on those recordings?

The material contains a lot of elements characteristic of heavy metal music, presented by us in a more aggressive form. The material is full of characteristic melodies known thanks for recordings of Swedish and Greek bands from the nineties. When we created sounds we focused on the atmosphere of individual tracks. We wanted to have something distinctive and worth remembering in every song.

Try interprete the lyrics and try to get the essence of things yourself. Each interpretation will be good, because your own. Maybe you'll find appeal to the paintings, movies, literature? But remember: "Something stirs in the cosmic mist, Something wakes in a swirling black, Something wanders, moves and twists, breaking through the gloomy clouds".

4. What is the meaning and inspiration behind the name 'Maze'?

Few years ago we played live under a different name. So far, we have been focused on making music and recording the full-length album. We haven't any live shows plans yet.

Currently we finished recording full-length album. Live performance is a good form of promotion, so probably we will promote our band by playing live. We have some interesting ideas, but it's too early to talk about them.

7. In the email you said you where looking for a label, what kind of label do you fell would be a perfect fit for the band?

8. On a worldwide level how has the feedback been to your music by fans of extreme metal?

We have just started the promotion of the band. We provide whole demo for download, we prepare the packages with our materials for dispatch. Consequently, it's too early to say anything more about it. Time will tell.

MAZE is a band, which is a part of underground metal scene and so will be. Maybe in the future our name will be more recognizable in the underground. Although we don't care about this so much.  We will continue create our sound and realize our musical visions. First of all, we care about music development of the band.

Although our music refers to the metal scene of the eighties and nineties, a large part of the material was created very spontaneously. We play music for many years. We know, how and what we want to play. Our music isn't accidental. We love good music, all genre. Primarily old metal tunes, but also hard rock from seventies... mostly old sounds.

First of all, we are fans of the music. Music fills most of our free time. Creating and playing our tunes is fascinating, as listening the tunes of our favorite bands. We collect rare LPs, CDs, MCs... we buy a lot of them. We participate in gigs, festivals and other musical events. I know, that M.Mist, reads much books and he loves mountain climbing... You'd have to ask him.

12.Before we wrap up this interview, do you have any final words or thoughts.

Thank you for this interview and the interest in our music. Of course, thank those who will read this interview. I greet you and all readers of your blog. Support MAZE and check our tunes:

http://thebandmaze.wix.com/maze
Posted by OccultBlackMetal at 7:28 PM No comments: 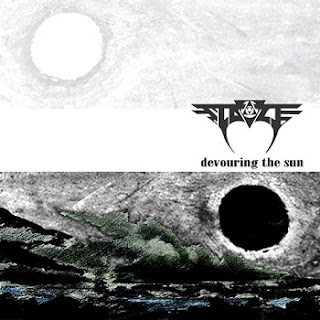 Maze  plays  a  musical  style  that  is  mostly  rooted  in  melodic  death  metal  and  utilizes  a  black  metal  vocal  approach  to  create  their  own  style,  the  production  sounds  very  professional  for  being  a  self  released  recording  while  the  lyrics  cover  dark  themes.


Posted by OccultBlackMetal at 7:05 PM No comments: