1. Can you tell us a little bit about the band for those that have never heard of you before?
1- We're a black/death metal band, or like many say, “blackened death metal”. We come from the South Shore of Montreal, and the band started officially in 2007. TUM is truly a band of old friends, we've all known each other for about 9 years. We started the band to have a good time and to provide a good time to other people. That goal remains, but with a more focused and professional approach.

2. How would you describe your musical sound?
2- A maelstrom of black and death metal with a touch of symphony.

3. What are some of the lyrical topics and subjects the band explores with the music?
3- Our new album Where Philosophers Fall is essentially the concept of the free thinking philosopher who devotes his life to truth and knowledge for humanity but at the end of the line becomes unhappy, solitary and insane. Think of certain great ancient philosophers that ended up in mental asylums (Frederich Nietzsche). Sometimes ignorance is bliss.

4. What is the meaning and inspiration behind the bands name?
4- The Unconscious Mind is the source of creation and of dementia. No one really knows how this mysterious part of the brain works. It's also a metaphor about the unconsciousness of humanity as desired by the media, commercial radio and modern society that tries to model our spirit right under our noses. We say that dreams are the language of the unconscious, which is one of the symbolic aspects of our songs. It happens often that I write a song during the night after waking up from a dream and I ask myself where these ideas come from that I did not have the night before. The unconscious is an inner power that we must harness.

5. What are some of the best shows that the band has played so far and how would you describe your stage performance?
5- We particularly loved our Montreal show at Le National with The Agonist. We were called upon the day before to replace a band, and it was a big gig on the Domination tour. There were 500 or 600 people there, we weren't on the flyer and more than half of the people had never heard of us. We still got an amazing crowd reaction and our singer even ordered a wall of death. Le National is probably the best venue we've played at.

6. Do you have any touring plans for the future?
6- We have 4 shows in Quebec in June: Montreal, Sherbrooke, Trois-Rivières and Saint-Hyacinthe. We also intend to expand to the rest of Canada in cities like Toronto and Ottawa.

7. Currently you are unsigned, are you looking for a label and if so what kind of label do you feel that would be a perfect fit for the music?
7- We just signed with CDN Records for our physical copies and duplication.

8. On a worldwide level how has the feedback been to your music by fans of black and death metal?
8- Very well up to now, but I must say that we just recently started a PR campaign and our physical album is not even out, but I think reviews will start coming in soon thanks to Ricburn Media and CDN Records. We are really proud of the album and we've worked hard for many years to put out something of quality and we hope to get good feedback.

9. What is going on with the other musical projects these days?
9- I (Simon Cléroux, guitars) also play in the technical death metal band Derelict. We have 2 albums out and are currently working on a third, as well as going through a competition to play on the Heavy MTL festival which will conclude at the end of May. I also have an instrumental solo project that should see the light of day in 2013 or 2014.

10. What direction do you see your music heading into on future releases?
10- Our next album will be more collaborative and the writing will be done as a band and not just by one member like on Where Philosophers Fall where it was our keyboardist (Micheal Racine) and I. We want to keep pushing the emotional side for the next one and continue in a more positive direction. Perhaps less technical as well but with added effectiveness.

11. What are some bands or musical styles that have influenced your music and also what are you listening to nowadays?
11- Personally, I was very inspired by Old Mans Child for the technical and melancholic riffs, as well as by other black metal bands like Dimmu Borgir and Immortal. But I've also always liked the clean and efficient production of modern death metal bands like Decapitated and Meshuggah who probably inspire that modern side of our sound.

12. Outside of music what are some of your interests?
12- Well, drinking beer and seeing people that we love, living it up and being happy. Although we all have jobs or are in school, music remains a constant priority in our lives.

13. Any final words or thoughts before we wrap up this interview?
13- A huge thank you to all of you who support us in this adventure, thanks to you we can do this. We hope to see you at our official launch at Foufounes Électriques in Montreal!


Posted by OccultBlackMetal at 3:28 PM No comments: 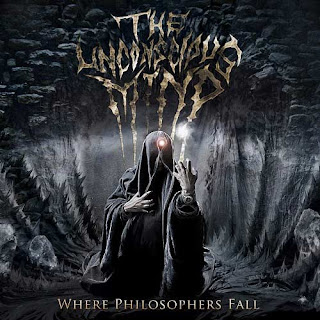 Drums  range  from  slow,  mid  paced  to  fast  drumming  with  some  blast  beats  being  utilized  at  times,  while  the  synths  bring  a  very  dark,  atmospheric  and  symphonic  sound  to  the  recording,  as  for  the  bass  playing  it  has  a  very   strong  and  powerful  sound  with  heavy  and  technical  sounding  riffing  that  dominates  throughout  the  album.

Rhythm  guitars  range  from  slow,  mid  paced  to  fast  symphonic  black  metal  riffs  that  combine  influences  from  death  and  progressive  metal  together  to  create  a  sound  of  their  own  along  with  a  great  amount  of  melody  being  thrown  into  the  riffing  as  well  as  a  great  amount  of  technical  parts  along  with  a  brief  use  of  clean  playing,  while  the  lead  guitars  are  very  melodic  sounding  progressive  black/death  metal  guitar  solos  and  leads,  as  for  the  acoustic  guitars  which  are  only  used  briefly  they  use  finger  picking  and  full  chords  to  add  more  progressive  touches  to  the  recording.

http://theunconsciousmind.bandcamp.com/
Posted by OccultBlackMetal at 11:53 AM No comments: