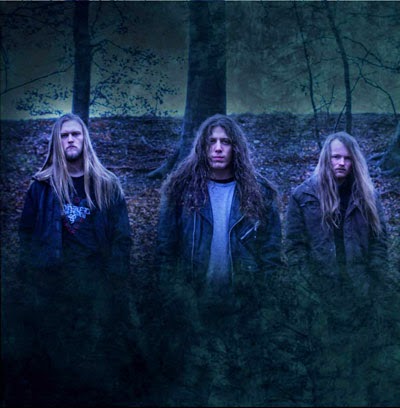 We are a melodic death metal band, with inspirations from primarily Nordic folk music and Black metal. We started out in 2009, as more of a folk/black project, but the band has developed way beyond that, and we now try to bring many other elements into our music as well. Our upcoming CD ‘Evil Seeds’ is just around the corner, and we are blown away by the positive feedback!

2.You have a new album coming out in July, how would you describe the musical sound that is presented on the new album and also how does it differ from the stuff you have released in the past?

It’s a journey through many of the different sounds that metal has to offer, but without giving up the Sylvatica sound. We’ve always tried to make our songs varied and interesting, but this album is way more diverse than our previous material. This is a good thing.

3.What are some of the lyrical topics and subjects the band explores with the new album?

4.On the earlier recordings the music was written in Danish but on the new album the lyrics are written in English, what was the decision behind writing in this language for the new recording?

We felt that the Danish language had a certain, sort of, silliness to it, with the way we wrote our lyrics. And we wanted a bit more serious tone on this album, English was the better fit.

5.What is the meaning and inspiration behind the name 'Sylvatica'?

It means ‘of the forest’.  There is a lot of forest in this part of the world, and many of the themes in our lyrics also involve forests and nature. It was a great fit.


8.The new album is coming out on Gateway Music, can you tell us a little bit more about this record label?

Gateway Music is not really a record label. It is a distribution firm which will be helping us with physical and digital distribution. They are setting up a web-shop for us. We will post the link to the shop on our facebook page very soon.


9.On a worldwide level how has the feedback been to your music by fans of melodic death, black and folk metal?

The feedback on the title track from our upcoming album “Evil Seeds” has been very positive. So we are looking forward to unveiling a track more on youtube soon. Our old stuff is a tad more folk inspired than our new material, and the feedback from the folk metal fans have been great in the past. The new album is going in a more “finish melodic metal” direction, so we are looking forward to hearing what people think.

10.What is going on with the other bands or musical projects that some of the band members are involved with these days?

Horned Almighty is just about to release their 5th full-length album “World of Tombs”, and Satanic Assault Division is planning on hitting the studio soon to record their second full-length album. So things are going pretty well.

It is hard to say. Usually we just write something we think sounds cool and then suddenly we have been going in a different direction without even noticing it. We are all very happy with the style we have right now on Evil Seeds, so let’s see what happens next time.

Bands such as Wintersun and Kalmah have been great sources of inspiration on this album. Also more heavy bands such as Behemoth have influenced our songwriting. We are all listening to many different styles of metal and it all influences the writing process.

13.How would you describe your views on Paganism?

I don’t really have an opinion regarding that. I guess it’s okay. I like nature.

I like skiing but unfortunately the conditions for that is very poor here in Denmark. I also like fishing and nature in general.

Thank you for reading and thank you for the interview! Remember to stay tuned on our facebook-page, Evil Seeds is available on our web shop from the 1st July.

Posted by OccultBlackMetal at 1:09 AM No comments: 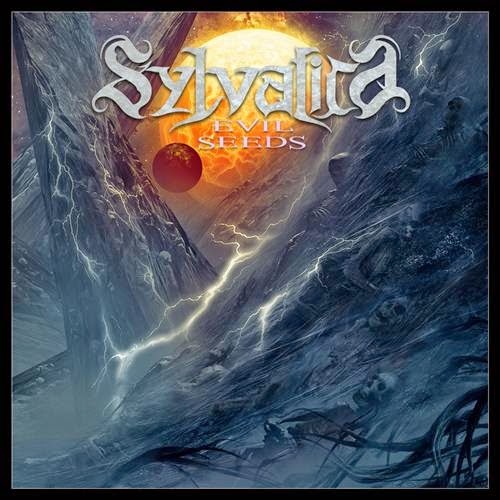 Svlvatica  create  a  very  heavy  and  blackened  pagan  form  of  death  metal  with  their  music  bringing  in  a  perfect  balance  between  brutality  and  melody  as  well  as  adding  in  some  folk   and  thrash  metal  influences  into  their  musical  sound  to  create  a  very  interesting  sounding  album,  the  production  sounds  very  professional  while  the  lyrics  cover  Norse  Paganism,  Luciferian,  and  dark  themes.

http://www.youtube.com/watch?v=1RWaOIaEuPw
Posted by OccultBlackMetal at 8:21 PM No comments: