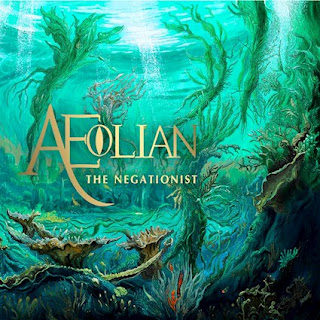 Some  of  the  heavier  riffing  also  shows  an  influence  of  thrash  metal  along  with  a  later  track  also  introducing  power  metal style vocals  onto  the  album  and  as  the  album   progresses  some  songs  also  add  in  stringed  and  folk  instruments.  The  production  sounds  very  professional  while  the  lyrics  cover  the  damage  earthlings  are  dong  to  their  own  planet. 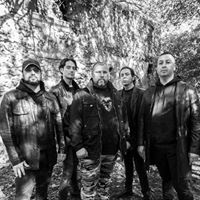 We are a new Metal band from Mallorca (Spain) with a lot of Extreme Metal Bands influences in the more melodic direction. Our lyrics call for the need to protect the environment.

2.You have an album coming out in September, what are some of the things you feel you have accomplished musically on the recording?

We are so proud with the final result of the recording. We wanted to express our rage and fury concerning the environmental situation in the world, and thanks to the great work of Miquel A. Riutort as a producer, we feel satisfied. He gave the music the punch we needed.

3.Your lyrics deal with a lot of environmental issues, can you tell us a little bit more about your concern for the environment?

I was born in Majorca, and over the years I have seen how people make everything dirty wherever they go. That situation has led us to a point of no return, and unfortunately all that rubbish goes into the sea.

Sadly, it’s like this here, and everywhere else. You can even hear it on TV now. They say that in 2050 there will be more plastic than fish in the oceans!

And I won’t even talk about climate change, global warming, temperature rises, the shrinking of ice sheets, etc.

And the worst? One of the most powerful politicians says that the global warming does not exist, so obviously we do nothing about it.

4.What is the meaning and inspiration behind the name 'Aeolian'?

The origin of the word is Aeolus, the Greek God of Wind. And wind is one of the forces of nature that man cannot control. In addition, it describes very well some passages of our music, for example the furious blast beats parts.


5.What are some of the best shows that the band has played so far and what are the touring or show plans once the new album is released?

The band is so new that we haven’t played live so far. We are arranging a presentation concert in September here in Majorca, and we are also going to play at an Extreme Metal Festival in November.

Before Aeolian, all of us have played many shows and concerts with other bands, so we have plenty of experience. This time, we would like to begin our adventure with this finished album.


6.The new album is coming out on 'Snow Wave Records', can you tell us a little bit more about this label?

We are so proud with our record label signing. They are helping us a lot with the release process. And they have exceeded our expectations in relation of the quantity and quality of the work that's been done.


7.On a worldwide level how has the reaction been to your music by fans of melodic and extreme metal?

At the moment we don’t know, as we are still in the process of getting known in the scene, but we are happy with the first good reviews and comments we've received.


8.Where do you see the band heading into musically during the future?

We want to continue with the current musical direction, consisting of creating a new sound with known musical elements.


9.What are some of the bands or musical styles that have had an influence on your music and also what are you listening to nowadays?

Some of them are Opeth, Amorphis, Kreator, Dimmu Borgir, Dissection, Amon Amarth, Ensiferum, Mors Principium est, Death and many more. I have always liked the most melodic side of extreme metal music, although I look to create contrast in all of our songs.

Nowadays, I’m listening to some old school albums from bands like Death, Amorphis, Opeth, Mork Gryning, At the gates, Dimmu Borgir and Iron Maiden. Some of the new albums I’m listening to are “Queen of Time” from Amorphis and “Twisted Prayers” from Gruesome.


10.Before we wrap up this interview, do you have any final words or thoughts?

We would like to thank you to all of you for sharing and listening to our music. If you want to stay tuned for news, check us on Facebook, Instagram and Twitter. You can pre-order our debut album “Silent Witness” from the Snow Wave Records website.

Posted by OccultBlackMetal at 5:04 PM No comments: 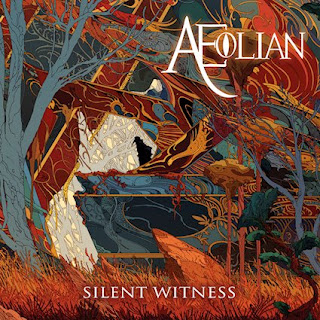 Aeolian  plays  a  musical  style  that  is  mostly  rooted  in  the  more  melodic  styles  of  black  and  death  metal  while  the  thrash  and  folk  music  elements  makes  the  songs  stand  out  a  bit  more,  the  production  sounds  very  professional  while  the  lyrics  cover  environmental  themes.