Cries Of Your Sins Interview

1.For those that have never heard of you before, can you tell us a little about your musical project?

Cries Of Your Sins is my project I'm working on for a pretty long time... musicaly I'm based in more extreme form of metal but still keeping melodic touch in it. I released a few demos and I'm currently working on debut EP.


2.In February you had released a promo, how would you describe the musical sound that is presented on the recording?

I tried to do something very melodic and a little bit more technical than my previous stuff but people have to understand that all of my tracks I released yet are just demos... they're just my ideas. Now, after 2 years of writing different stuff I have pretty clear vision about the right COYS sound and the whole idea behind this project. That will be presented with my upcoming debut EP... everything I can say now is that new music will be more agressive and atmospheric.


3.You label your music as 'Melodic Extreme Metal', can you tell us a little bit more about this term?

I have nothing to say about it... I just used this label so people can make some picture about my music - demos I recorded. That's it.

I don't want to get into this topic too much... the reason for it is, that I released only demos so I was just playing with different ideas. I would like to talk about these things but there's still time for it.


5.What is the meaning and inspiration behind the name 'Cries Of Your Sins'?

The same thing as the lyrics. I don't want to people misunderstood this project so I will be more comfortable to talk about it when my debut EP will be finished..... yeah this project is that important to me. Hope you understand.


6.With the exception of a drummer, you record everything by yourself, are you open to working with a full band or do you prefer to work solo?

I like to work on this project alone... COYS became very personal to me. I wanna play live so I will be looking for live members. If someday COYS will become a full band, it will be only in case that I will play with people very close to me.

I was looking for a label and a few labels were interested in working with me but the deals they offered were ridiculous. I'm planning to found my own label and release my upcoming album by myself. I was always interested in business side of music so I know something about these things and I started learning about it more. Also I like the idea of doing it by my own.... nobody can fuck me over.

8.On a worldwide level how has the feedback been to your music by fans of extreme metal?

Pretty awesome... I'm getting only positive feedback which is really cool. I've been lucky to not getting any hate I guess and I really appreciate it.

I'm currently working on debut EP that will tell everything about this project so that's the only thing I'm focusing on. Nothing about this project is more important right now. I want to the album be almost ''spiritual''... it's not the right word but I don't know how to describe it. It's very important to translate that atmosphere into the music... anyway I want to go to completely different level from what I've done yet.

I'm influenced by many different music genres  and artists. Even non musical stuff... any kind of art I find interesting inspires me. I love art. About music I'm listening to... there's so much different music I like that if I had to pick up one band from every genre... it would be a long list. I'm not listening to  just metal... that would be very stupid and ignorant.

There's not many interests besides music. I love music and art. It's my lifestyle. I'm trying to paint sometimes... yeah and I'm planning to try some filming and photography.

Thanks to all of you who are interested in this project and for your support. I appreciate it. Stay tuned for upcoming stuff.

https://www.spirit-of-metal.com/en/band/Cries_Of_Your_Sins
Posted by OccultBlackMetal at 5:26 PM No comments:

Cries Of Your Sins/2016 Promo Review 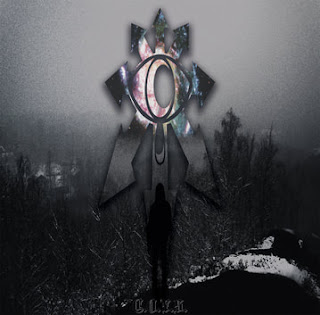 Cries  Of  Your  Sins  creates  a  very  melodic  and  extreme  style  of  metal that  is  mostly  rooted  in  black  and  melodic  death  metal  while  also  being  influenced  by  other  genres,  the  production  sounds  very  professional  for  being  a  self  released  recording  while  the lyrics  cover  dark  themes.

Posted by OccultBlackMetal at 3:36 AM No comments: