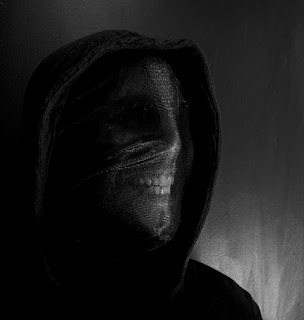 1.For those that have never heard you before, can you tell us a little it about the band?

Manimalism was formed in Oslo in 1992 under the name Taarenes Vaar. We played Black Metal with a dissonant twist, and soon evolved further away from what people associated with pure Black Metal. We released one cassette demo in 1996 and one in 1997. After years of turmoil we have now finished our first album, featuring the same tracks which appeared on the demo cassettes along with two tracks written during the same time period. The line-up is Petter ‘Plenum’ Berntsen (Virus, Audiopain) on bass, Bjeima (Yurei, Alfa Obscura) on drums, Joachim Svebo on vocals, Member 01 (The Konsortium) on vocals, and me on guitars.


2.You have your first full length album coming out in November, how would you describe the musical sound that is presented on the recording?

Metal. To me it is that simple. Some people call it Avant-garde Metal and post-Black Metal, so I sometimes use those terms to describe it, just to make it easy for myself.


3.You had a few demos you released in the 90's but this is the first official album, can you tell us a little bit more about the delay?

The years following the releases of our two demos were a constant struggle. Firstly, I was a young and ambitious man with much too high expectations of myself and those around me. Being a total perfectionist breeds a lot of problems, and problems take time. So, there were years of chaos, with members coming and going and recording sessions not meeting my standards. For long periods of time during these years I simply focused on other music, being fatigued by all the problems associated with Manimalism. I decided to let the album take the time it needed to reach a point where it could be released. That time is now.

The Animal in Man. Death, lust, and the labyrinth of mammal insanity.


5.While the music is rooted in black metal, I have noticed that you keep all of the vocals clean are you open to using more harsh vocals on future releases?


We had harsh vocals on both of our demos, along with sung vocals. But I don’t feel that kind of vocal style fits my lyrics or mental state at his point, and it might never fit again.

In the late nineties I wanted to part ways with the Norwegian lyrics, and therefore wanted an English name that also felt less melodramatic. The interpretation of Manimalism is open to anyone, but the themes of the lyrics are pretty much mirrored in the band name.

7.Has the band done any shows or is this strictly a studio project?

We have never played any shows. If all the members lived in the same city and wanted to play live I would be ready to play right now.

8.On a worldwide level how has the feedback been to your music so far by fans of metal?

It is still early, ask me again in a couple of months and I will know more.

This album pretty much nails the sound of Manimalism. Although the core of the more current material is the same, the spectrum is much wider. Manimalism has always been, and will probably always be, Metal with dissonant guitars, sneaky bass lines, great drumming, and crooning perverts.

Some of the early influences are the early days of Norwegian Black Metal, Voivod, Celtic Frost, Morbid Angel, Thorns, Ved Buens Ende, and some Doom bands. And very importantly: a lot of non-Metal music. I am not much into thinking about music in terms of genres. Give me quality, integrity, expression, wisdom, and a proper dose of sadistic entertainment and I am game.

Anything that assists me in feeling that I am alive right now.

Manimalism will be out November 17. on gold and black vinyl. This is so far a vinyl only release. Order from Adversum via the official distributor Neuropa Records.

…
Posted by OccultBlackMetal at 6:03 PM No comments: 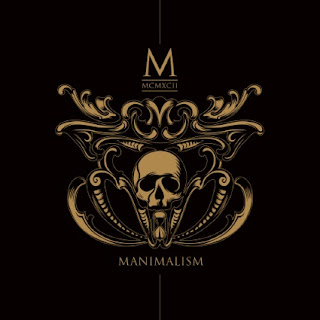 https://www.facebook.com/manimalism
Posted by OccultBlackMetal at 4:14 PM No comments: