Interview - ASTRUM MALUM
For those that have never heard of you before, can you tell us a little bit about the musical project?
Astrum Malum was created in the autumn of 2014. The first songs were created quite fast since I had a very clear picture of how this project should sound like. The music is done completely with a single software, except for the guitars and vocals. This is how I plan to work in the future as well.

Recently you have released an Ep, how would you describe the musical sound that is presented on the recording?
In my view, about half of the music is a combination of quite minimalistic “Neo Classical” sounds combined with electronic Ambient and Industrial sounds. The other half is a combination of Doom, Sludge and Black Metal. In the future I intend to include more Noise and electronics in general, as well as more Symphonic orchestral feelings.

What are some of the lyrical topics and subjects you explore with your music?
The themes of the Ep deal with the loops and mirror-houses of human consciousness, and on the other hand spiritual death. Very Alchemical and Buddhist actually, although most of the world’s spiritual systems deal with these same topics, ideally.

What is the meaning and inspiration behind the name 'Astrum Malum'?
The name in Latin means “Evil Star”, at least that’s how I’ve meant it, and is a symbol of basically two things: The human consciousness itself, and the cultures it produces. The project wants to fuse the ancient with the modern, and the destructiveness of Western culture and the spirituality of the East, on some levels.

With this project you record all of the instruments while you have some help with the lyrics and vocals, are there any plans to hire a full time line up in the future?
I have had so much bad experiences with working as a “band” with many people in the past, that with this project I try to handle things as much as possible on my own. I am however fortunate to have two individuals co-operating with me with on the Ep with the lyrics, the other one of these also speaking Latin. I hope this will continue in the future as well.

Recently SisSixSix Music have released your Ep and another recording from one of your other projects. Are you happy with the support they have given you so far?
Actually Astrum Malum is the only project I have that’s been released by SixSixSix Music. Steve has been very helpful, and has many years of experience in label-work. He’s a pro!

On a worldwide level how has the feedback been to this musical project by fans of black metal?
It’s hard to tell, since the Ep has been out for such little time, but there have been a few positive reviews at this point. This is the first interview I’m answering with Astrum Malum.

What is going on with some of the other musical projects these days that you are involved with?
I have been doing Black Metal -related music since the mid-nineties, and there have been a lot of small projects, but may main bands at the moment besides Astrum Malum are: Taatsi (creating Nature Mystical Black Metal), and Vinoristi (formerly known as TKNKNTJ, Punk-influenced impetuous Blackened Metal)

Where do you see yourself heading into musically during the future?
With Astrum Malum, I will continue along the paths begun with the Ep, releasing a full-length album in 2015.

What are some of the bands or musical styles that have had an influence on your music and also what are you listening to nowadays?
I listen to so many different styles of music, it would be a long answer to list all the things I love, but in the case of Astrum Malum I have (always) wanted to create feelings mixing Dead Can Dance with the Tron: Legacy OST by Daft Punk (if you know what I mean), mixed also of course with Sludgy Black Metal.

How would you describe your views on Satanism, Luciferianism, and Occultism?
The proper nouns Satan and Lucifer mean today in peoples mind quite the different things they originally stand for, but I have been fascinated by the characters in the works of for example Milton, Dante, Bulgakov and Goethe since a kid. I have also quite liked the sense of humour Anton LaVey had. There have been periods in my life when terms like “Luciferian” or “Satanist” have meant a lot to me, but now at the age of 34 these would not be my first choices of words describing myself.
I have been into Ritual Magick, studying different religions and spiritual systems etc. since my early teens, but these days my practice revolves mostly around Yoga, Meditation, and Kabbalah.

What are some of your non musical interests?
Besides the above-mentioned activities, I am for example into reading psychology and neurology, psychedelic themes, lifting weights and training boxing, as well as raising my daughter.

Before we wrap up this interview, do you have any final words or thoughts?
Like I mentioned earlier, this was the first interview I’ve done with Astrum Malum, many thanks for that, and your support in general! The Ep “Nether Knot” is available from SixSixSix Music, and a full-length album will be released by an yet unnamed label in 2015!

Posted by OccultBlackMetal at 2:01 PM No comments: 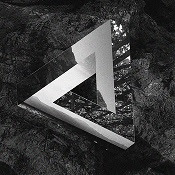 Posted by OccultBlackMetal at 9:13 PM No comments: