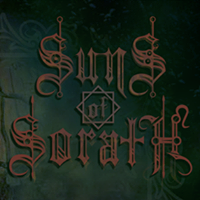 1.For those that have never heard of you before, can you tell us a little bit about the band?
We formed in 2009, the idea to form the band came from us, Evan and Cody, and our old drummer but now it’s back to just the two of us. We were discussing the lyrical ideas and mixture of genres we wanted to make happen, and shortly after we sought out our old Guitarist and Drummer. It took us a while to come up with the name of the band, but we quickly started writing material.

2.So far the band has released an ep, single, and a full length, how would you describe the musical sound that is presented on both of the recordings and also how do they differ from each other?
Continuing from the first question, we have written so much material over the last few years that we have really attempted to keep the songs in some sort of chronological order but sometimes the feeling of one song doesn’t necessarily fit the next even when its written in the same 3-6-month time span. Mostly everything we have recorded is from the same writing era, its mostly older stuff we have written except for ‘Flowers of the Lily’ and ‘Bull of Dharma’ being a bit newer. Cody also added some new stuff to the bass lines and keys while in the studio. Vocal patterns are written on the spot and lyrics where mostly written while in the studio, with the exception of ‘Tides of Macrocosm’ and ‘Bull of Dharma’ so that adds a bit of a newer feel. We are working on new material but by the time its recorded it will be old to us.

3. Between 2011 and 2017 there was no new music being released, can you tell us a little bit more about what has been going on during that time span?
We were playing live for some of the years during that time period but for a lot of it we didn’t have a full line which ultimately led the two of us to just start recording the songs that we have written. We were both working on some of our own musical goals during that time and some of the compositions that each of us wrote are now being used for the bands future releases.

4.Your lyrics cover some Satanic, Occult, Astrological and Spiritual themes, can you tell us a little bit more about your interest in these topics?

Each of us weave our Occult philosophies into the band lyrics in a poetic way so as to not make each song at all the same. There really is no set topics we talk about so far except that each song we have written relates in some way to some discussion or idea we have had about the occult/Satanism.

5.I know that the bands name comes from the angel-demon son of Lucifer, how does this name fit in with the musical style you play?
It embodies both light and dark principles in just the musical progressions alone, while all the while continuously being as Satanic as can be. That’s about as simple as we can put it. We had a long discussion when naming the band and it’s a lot to get into in a short interview.

6.Currently there are only 2 members in the band, are you open to having a full line up again or do you prefer to remain a duo?
We both consider us to be the founding members as well as the only composing members of the band, but we are looking and would very much like to find a live drummer capable of playing the odd times and technical stuff we play as well as a rhythm guitarist for live shows.

7.What have been some of the best shows that the band has played so far and how would you describe your stage performance?
There have been so many good shows in the past it’s hard to pick out just a few, we have played with so many good local acts and had some pretty heavy shows. Some that come to mind are when we played with some great acts such as Satan's Host, Allegaeon, Sylosis, Vale of Pnath, and Cryogen to name a few.

8.Currently you are unsigned, are you looking for a label or have received any interest?
We are very open to finding a label, we have not spoken to any labels yet but we are not putting outside the realm of possibilities.

9.On a worldwide level how has the feedback been to your music by fans of black and death metal?
This release has been better than our last, more exposure. But it’s still a slow process getting outside of the local scene and getting larger groups of people in other countries to listen, but so far the feedback has been largely positive.

10.What is going on with some of the other bands or musical projects these days that some of the band members are a part of?
Practicing piano and Suns of Sorath is mostly what I have going on musically, but there might be some other stuff in the works, about to happen. -Cody
Recently I have been playing drums in a couple bands, Pile of Priests and Amdusias, and also another project where I do guitars and vocals called Astraeus. Pile of Priests has a full length featuring me on drums and we are in the studio right now doing an EP and single, Amdusias is gearing up for some live shows and a debut album with me on drums, and Astraeus has released a full length and a music video. -Evan

11.Where do you see the band heading into musically during the future?
We have a bunch of material written for our next few recordings and a lot of it has slower tempos, but is still very progressive, and experiments with styles outside of metal at times.

13.What are some of your non musical interests?
Anything related to the stuff we write about, anything else isn’t very interesting.  Sometimes I watch Netflix or stupid Youtube Videos, A lot of times those are music related. -Cody
I skateboard - Evan

14.Before we wrap up this interview, do you have any final words or thoughts?
Thank you for taking the time to do this interview with us!

Suns Of Sorath/Flowers Of The Lily/2017 Full Length Review 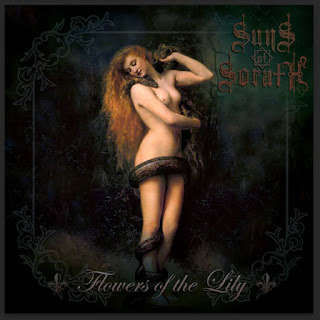 Suns  Of  Sorath  plays  a  style  of  blackened  death  metal  that  is  very  melodic  and  progressive  while  also  mixing  in  influences  from  other  genres,  the  production  sounds  very  professional  for  being  a  self  released  recording  while  the  lyrics  cover  Satanism,  Astrological,  Spiritual  and  Occultism  themes.

Posted by OccultBlackMetal at 4:57 PM No comments: