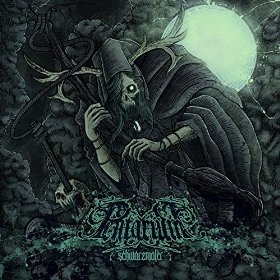 Pentarium  plays  a  musical  style that  takes  black,  melodic  death,  doom  and  goth  metal  and  mixes  them  together  to  create  their  own  form  of  dark  metal,  the  production  sounds  very  professional  while  the  lyrics  are  written  in  German  and  cover  suicide,  murder,  social  criticism,  and  conflicts  themes.

Posted by OccultBlackMetal at 2:32 PM No comments: 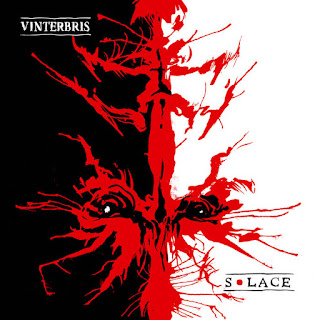 Acoustic  guitars start off  the album  along  with some  melodic leads  making  there presence known  a  few  seconds later  which  also  leads  up  to  a  heavier  musical  direction  and  when t he  music  speeds  up a  great  amount  of  blast  beats  can  be  heard  as  well  as  some  deep  death  metal  growls  and  high pitched  black  metal  screams.

Vinterbris  plays  a  musical  style  that  is  mostly  in  the  melodic  tradition  of  Swedish black  metal  while  the  folk  and  melodic  death metal  elements  makes  the  songs  stand  out  a  bit  more,  the  production  sounds  very  professional  while  the  lyrics  cover  dark themes. 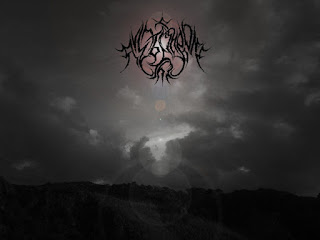 Clean  playing  can  be  heard  in  certain  sections  of  the  recording  and after  awhile  the  music  starts  incorporating  more  symphonic  elements  and  the  songs  also bring in  a  great mixture  of  slow,  mid  paced  and  fast  parts  and  when  guitar  solos  and  leads  are  utilized  they  are  done  in  a  very  melodic  fashion  and  when  acoustic  guitars  are  utilized  they give  the  music  more  of  an  experimental  feeling  and  some  of  the  tracks a re  very long  and  epic  in  length  and  spoken  word  parts  can  also  be  heard  in  certain  sections  of  the  recording  and  they  also  bring  in  a  couple  of  instrumental tracks  and  some  songs  also  bring in  elements of  ambient.

Avenge  The  Throne  plays  a  style  of  black  metal  that  is  a  little  bit  different  mixing  the  atmospheric and  symphonic  sides  of  the  genre  together  while  also  adding  in  ambient and experimental  elements,  the  production  sounds very  powerful  for  being  a  self  released  recording  while the  lyrics  cover emotional,  nature  and  spirituality  themes.

Posted by OccultBlackMetal at 1:59 PM No comments:

Well, we started out in May 2015. In the beginning this band was more of a project of entertainment that we didn't take to seriously. But as time went on our songs started to sound better. We received a lot of great feedback on the songs that we published on Facebook and Youtube. That's when we realized that this band had potential and we started to take it more seriously.

2.How would you describe the musical sound that is presented on the album?

The closest thing we can define our genre with would be a mixture of black and death metal, but we often try to incorporate other elements such as heavy, thrash and doom. Our music can be quite dynamic with some drastic changes between heavy blast beats and more melodic parts which sometimes involve symphonic elements.

Our lyrics often bring up sensitive subjects such as depression, rape, murder and suicide. We often take on a very humorous approach regarding these subjects because we believe that it gives us more shock value which is much needed in this modern society where you're not allowed speak your mind. We also think that taking on these subjects in a humorous way proves to people that we don't intend to encourage any of these vicious acts.

4.What is the meaning and inspiration behind the name 'Mumincunt'?

The name is an inspiration from our first song "Knullad av en mumin", which means "Fucked by a mumin". The word Mumin is inspired by the finnish/swedish kids books called Mumintrollet, then we added the word cunt because it suits our lyrical themes. We thought changing when the band got more serious but we decided to keep it because it sounds right.

Our first rhythm guitarist left the band because of personal reasons we've tried hard to find someone to replace him. And we are sorry to say that we need a rhythm guitarist to be able to play live, and since we haven't found one we haven't been able to play live yet. Therefore we have started with our recordings first and decided that live gigs would be our second priority.

We're currently focusing on performing locally here in Sweden but when we get the opportunity to expand our tours further, we'll be glad do it. We've got a lot of plans for upcoming shows that will be revealed in the future.

7.Heathen  Tribes  Records are re-issuing your album on CD in September, how did you get in contact with this label?

Yes they are, and we are really happy about that. Actually it was them who came in contact with us first. According to them they found us while searching for music on YouTube. They enjoyed our music and they left a message on our Facebook page and now we're here. We are really proud having them printing our album.

It has honestly been amazing. The feedback has been way better and bigger than what we've ever could have expected. We thought people would judge us more because we bring in different elements to our music and because of some of our lyrical themes, but we were wrong, people really do enjoy the music.

Well a second album is in the making. We started working on the second album almost immediately after we released Visor Från Muminskogarnas Mörker. It will have a much more dark and depressive theme. We're heading more into a black metal sound. The new album is a lot more organized and well made. Hopefully people will like this album as much, if not even more. The title of the album is planned to be Morrans Vinterrike, but that might change before release. Without telling to much, we can promise that our future looks bright.

We're not completely sure about any particular band, but we've taken inspiration from styles such as black, death, doom and heavy metal, while also incorporating some symphonic influences. The bands we listen to are a bit different from member to member, but we enjoy bands such as Insomnium, Mgła, Dimmu Borgir, Rammstein and some softer metal such as Dream Theater.

I'd say we are in to alot of things. History, mostly Swedish and WWII. We like to drink and do all sorts of crazy shit. We that we can't speak for all of us but those are the ones that we share together.

Well, we'd like to start out and thank you guys for a really exciting interview!
We would also like to thank Heathen Tribes Records for being so supportive, without you guys we'd never have come this far. Go check out their other bands at their official bandcamp page.
Also, thank you to all of our friends that support us and buy our albums and so on!
Lastly we'd like to thank everyone out there we've forgot to mention. 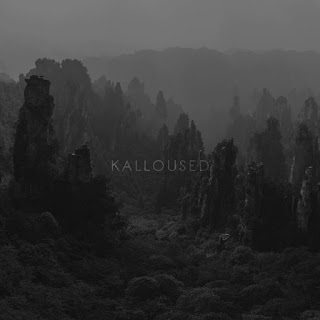