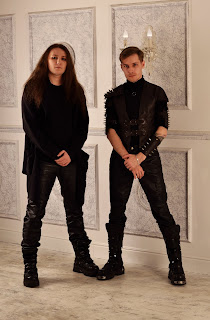 ENG: The project Absence Betrayal was formed after my main group Escadaia suspended its activities. I (Andrey Baranov - the Author of the project) decided to finish my musical activity and do something else, but after some time the desire to write music took over and I began to compose songs just to throw out my energy. After recording the first song (When the sun goes out), I showed it to a few people who were impressed with my work and convinced me not to give up and release the
album. Absence Betrayal is a solo project of one person.

2.In September you had released your first album, can you tell us a little bit more about the musical style you went for on this recording?

ENG: In writing music, I never rely on a particular genre, so each composition may differ in its style from the others. The style of this album I call Extreme Metal, I think it is a mistake to say that it is
specifically Death or Black style, I can get a hard song, and lyrical, and maybe even epic.

ENG: For the most part this is a philosophical and life themes, but not always.

4.What is the meaning and inspiration behind the name 'Absence Betrayal'?

ENG: I was just looking for a beautiful phrase that starts with the letters A and B since these are my initials. Picking up the words for the name of the project I liked the phrase Absence Betrayal, as its
meaning has a great meaning for me.

ENG: On the cover is used silhouette of my face.

6.Originally the band was supposed to be a solo project, what was the decision behind adding other members?

ENG: Project as it was solo, so solo and stayed. The composition was recruited once for live performance, but later on I left my old friend and colleague in the Escadaia group, Nikolai Sokolov on the guitar, he will take part in the next concerts and upcoming studio work.

ENG: Presentation of the album in the city of Irkutsk.

ENG: The debut album Emotions was released on the independent Russian label Metal Renaissance. I would like to try to publish the next release on another label that could give substantial support. So yeah, I'm looking for a label.

10.On a worldwide level how has the reaction been to your music by fans of melodic black and death metal?

ENG: Work on the second album has already begun and there are even a few recorded songs that will begin to come out in the form of singles in the 1st quarter of 2019. For the most part, the style remains the same Extreme Metal because it is not possible to specify the style, also on the album there will be several experimental compositions.

ENG: I don't want to answer that question, sorry.

ENG: Creating games for computers and phones. This is not my main activity, but I love doing it very much.

ENG: Thanks to all those who read this interview! Be always adequate
people!

Posted by OccultBlackMetal at 2:05 PM No comments: 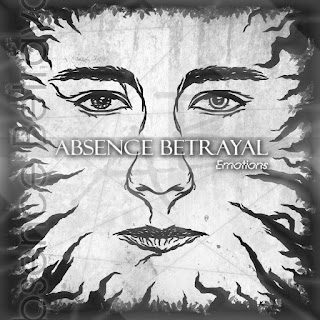 Absence  Betrayal  plays  a  musical  style  that  takes  a  very  atmospheric,  symphonic  and  melodic  form  of  black  metal  and  mixes  it  with  death  metal  to  create  a  sound  of t heir  own,  the  production  sounds  very  professional  for  being  a  self  released  recording  while  the  lyrics  cover  tragic  and  philosophical  themes.

https://www.facebook.com/absence.betrayal/
Posted by OccultBlackMetal at 7:54 PM No comments: