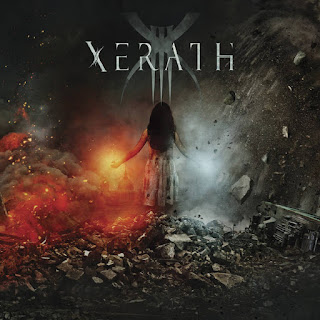 Epic  sounding  keyboards  start  off  the  album  giving  the  music  a  symphonic  feeling  along  with  some  whispers  and  elements  of  electronic  music  before  adding  in  a  more  heavier  direction  with  the  symphonic  sounds  along  with  some  black  metal  screams  and  back  up  shouts  and  you  can  hear  a  good  amount  of  progressive  metal  in  their  musical  sound.

Xereth  expands  on  their  heavy,  progressive  and  symphonic  approach  to  black/death  metal  showing  a  great  amount  of  skill  and  progress  as  musicians  on  this  album,  the  production  sounds  very  professional  while  the  lyrics  cover  dark  and  philosophical  themes.

Posted by OccultBlackMetal at 10:15 PM No comments: 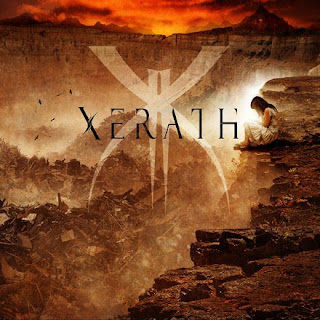 Xereth are a band from the United Kingdom that plays a very symphonic and progressive form of melodic black/death metal and this is a review of their 2011 album "II" which will be released by Candlelight Records.

Drums range from slow to mid paced drumming with no fast playing or blast beats and on the last song there is some tribal drumming, while the keyboards are very symphonic and atmospheric sounding and at times they have a classical feel to them, as for the bass playing it has a very dark tone which is kind of mixed down low in the mix and seems to follow the riffing that is coming out of the guitars and at times they sound very strong and powerful.

Rhythm guitars range from slow  to mid paced riffing that takes influences from black, death, thrash, groove and progressive metal with a lot of technical riffing, while the lead guitars are very melodic and technical sounding guitar solos, as for the classical guitars when they are utilized briefly, they bring another dimension of darkness to the music.

Vocals are a mixture of high pitched black metal screams, deep death metal growls and some clean singing, while the lyrics touch on science fiction and theology, as or the production it has a very powerful and professional sound to it.

In my opinion Xereth a  very good progressive death/black metal band and if you are a fan of this genre, you should check out this band. RECOMMENDED TRACKS INCLUDE "God Of The Frontlines" "Sworn To Sacrifice" "Numbered Among The Dead" and "The Glorious Death". RECOMMENDED BUY.


http://www.myspace.com/xerath
Posted by OccultBlackMetal at 10:13 AM No comments: