Luiz Felipe Netto: Piah Mater is a two-piece metal band from Rio de Janeiro, Brazil, that consists of myself - Luiz Felipe Netto - and Igor Meira and we play extreme metal with unconventional deviations, I guess we could put it that way…

2.In December you had released your first album, how would you describe the musical sound that is presented on the recording?

LFN: The sound we achieved on those 7 songs was a product of experimentation with different song structures and combinations of opposing feelings such as restlessness and quietude, frantic riffs in contrast with acoustic passages and so forth. It is beyond me to classify what we created into a specific genre though.

3.The band has been around since 2010 but waited 4 years to release an album, can you tell us a little bit more about the first 4 years?

LFN: We took the two initial years to mature ourselves as musicians, settle down our expectations and define our goals. The writing process for the debut itself wasn't so long though, it took us less than an year to put the whole thing together. By early 2013 we had the album completed, and in the time span between that and the release date we worked to get the production sounding exactly as we wanted (we only got so close!)

LFN: I wrote the lyrics for Memories of Inexistence from a very personal stand-point, about things that are close to home for me as I find that would be the only honest way to deliver these tracks, making them personal enough so that others can relate.

5.What is the meaning and inspiration behind the name 'Piah Mater'?

LFN: For the name, we wanted a clean slate to start with, something that evoked no prior interpretations to the minds of the average person when exposed to it for the first time. When I eventually came across the name I felt an immediate connection to it. I pitched it to Igor and we both agreed that it couldn't be anything else. It had to be that one.

6.Currently there are only 2 members in the band are you planning on expanding the line up in the future or do you chose to remain a duo?

LFN: We have plans to expand into a quartet and we are currently working a few connections to make that happen. But if it doesn't, we have no problems keeping the core band as a duo. We'll see how it unfolds…

LFN: No labels have stepped up so far. Although that is not something we discard for the future, we definitely are not losing sleeping over it.

8.On a worldwide level how has the feedback been to your music by fans of both progressive and extreme metal?

LFN: It's been good so far. At this point I can't say we had exposure enough for me to distinguish between the feedback from the metal and the prog camps. From where I sit, it feels like we are reaching the intersection first, the people that already are familiar with both ends of the Prog Metal scope. Maybe from here on it will become clearer which side will embrace us stronger.

LFN: We already have a second album pretty much sorted out. I am so deeply involved with it that is hard to say in which ways it sets apart from its precedent, but if I should risk a few words I would say it's more focused, more melodic and overall emotionally heavier than 'Memories of Inexistence'.

LFN: Igor and I both listen to and get inspired by all sorts of music. Currently I have been listening to some Tears for Fears, Alcest's Shelter and Enslaved's In Times. Igor has been digging Memento Mori, latest Obituary and Cannibal Corpse records and Brazilian virtuoso Edgberto Gismonti.

LFN: I'm a senior in film school and Igor is majoring in engineering so…  that pretty much summons up our external interests in life.

LFN: Thank you for arranging this interview and thanks to the readers who have made it this far. We have big things coming in 2015 and it's good to know we're not alone on this.

Posted by OccultBlackMetal at 11:06 AM No comments: 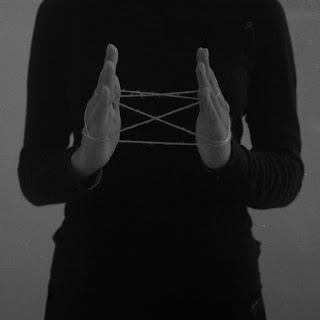 Dark and  melancholic  sounding  keyboards  start  off  the  album  and  after  awhile  black  metal  screams  are  added  onto  the  recording  and  the  music  starts  going  for  more  of  a  progressive  death  metal  direction  and  all  of  the  musical  instruments  have  a  very  powerful  sound  to  them  and  you  can  also  hear  a  decent  amount  of  melody  in  the  bands  musical  style.

https://piahmater.bandcamp.com
Posted by OccultBlackMetal at 8:34 AM No comments: