We've just done a successful album launch show, and now we are booking as many gigs as possible, including a tour with Meta-Stasis in July, and some headline shows leading up to that. We're also working on some more video content to put out as well. Never a dull moment!

We've had a bit of a gap between the last album and this one, we feel the song writing has matured, and more concise, but remaining diverse. Obviously over this time the recording quality is better, and more assured in how we sound as a band.

3.The band has been around since 2004 but so far has only released a demo, and 2 full length's, can you tell us a little bit more about the gap between releases?

We have released several EP's under a different name, which were a valid part of our evolution, however we decided we didn't want to re-release them under the new name. This is before the days of Facebook and even Myspace!

Mostly dark stories with some mythological themes, with some of our thoughts on religion, society and humanity thrown in for good measure! Easter Island, for example, is about the rise and fall of human life on the island, as a model for human life in general, and how self destructive humans can be.

5.What is the meaning and inspiration behind the name 'Stone Circle'?

We are all from Gloucestershire which is in between, both the Avebury Stone Circles, and obviously Stone Henge, and we feel the subject matter of the band connects with nature, mythology and early humans relationship with the earth.

We've been lucky enough to play some fantastic shows in our time, including Bloodstock, Download and supporting Fleshgod Apocolypse, Breed 77, Evil Scarecrow (those guys are funny bastards), plus we love a packed out club gigs. We focus on playing well, enjoying the music ourselves, and hopefully transferring that energy to our audience.

Yes (As above!), we're very excited to be joining the gruesome Meta-Stasis in July, but we have lots of other bands we want to tour with in the future as well!

8.The new album was released by Terrorizer Magazine, do you feel having this legendary magazine behind you has helped get your music out there a lot more easily heard?

It's certainly been an honour to be on the front cover of such an awesome magazine, and definitely helped us reach a wider audience. We wanted to make this album as easy as possible for people to get their hands on, so this was the best way to do this (along with free bandcamp downloads, soundcloud etc)

9.On a worldwide level how has the feedback been to your music by fans of progressive death metal?

So far, the feedback has been very positive for the new album, especially by fans of progressive death metal. We like to think we've brought together our favourite parts of the metal genre, so there's plenty to appreciate, regardless of your usual preferred sub genre!

The band will always evolve, but no matter what changes happen as long as we're enjoying the music and feeling fore filled by what we're written. Hopefully people will want to come along for the ride!

We all have quite a diverse taste in music in general between the four of us, and metal is only one part of it. There's some post-rock influences on the album, as well as classic metal bands like Gojira, Opeth, Meshuggah, Katatonia who are obvious influences. But in terms of song writing, we often take elements from other genres that are less closely related to metal.

We all have quite different other interests! Joe does Martial Arts, is a coffee connoisseur and travelling. James (Rambo) is very into video/photography, media production and does marketing, and a qualified snowboard instructor! Sams main interest is playing rugby (if you ever see us live, you'll see why!), and enjoys a quiet fishing trip on the lakes of the countryside. Skelly (Tom) is a water sports instructor, and likes getting shitfaced...

Ha Final Thought is the last track on the album... We hope you enjoy the album and if you like it, share it!

Posted by OccultBlackMetal at 9:22 AM No comments: 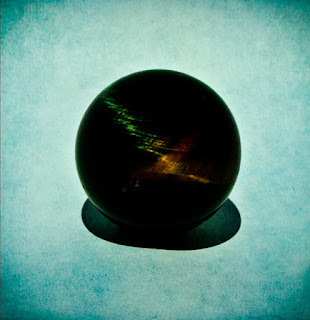 Stone  Circle  plays  a  modern  style  of  death  metal  that  is very  progressive  and  they  mix  in  influences  from  melodic  black/death  metal  and  doom  to  create  some  very  original  sounding  music,  the  production  sounds very  professional  while  the  lyrics  cover  dark,  mythological  and  philosophical  themes.

Posted by OccultBlackMetal at 9:21 PM No comments: