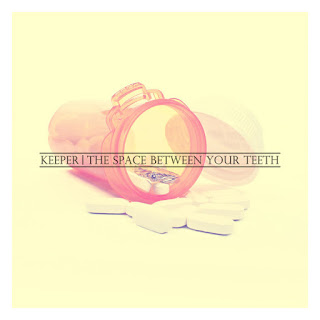 Keeper  creates  another  very  heavy  sludge/doom  metal  recording  while  also  keeping  all  of  the  vocals  in  a  black  metal  direction,  the  production  sounds  very  dark,  heavy  and  powerful  while  the  lyrics  cover  dark  themes. 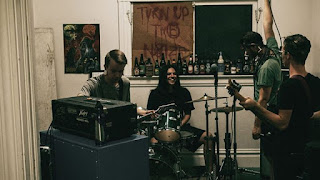 We're Keeper, a doom band from Fresno, CA. We started in roughly August of 2014. It is a two piece band in writing and in the studio and four piece live. We equally write and play guitar and do vocals, while Penny Keats records drums and Jacob records bass. That's pretty much all there is to it.

2.So far you have released a demo and have a split coming out in a month, how would you describe the musical sound that is present on both of the recordings and also how do they differ from each other?

When we were writing 'MMXIV' we really weren't certain where the band was going to end up, sonically. When the idea for the band very first came into fruition we were going to go for a very straight forward, percussive doom sound. I.E. a Black Sheep Wall/Love Sex Machine type of thing. We started writing the demo with that in mind. Although along the way we started adding other influences. Melodic chords, some Monarch-esque melancholy melodies, and of course all of the 'blackened' aspects. The demo was written piece by piece so a lot of little ideas snuck in there.

'777' for us picks up where the demo left off. We sort of morphed all the little bits and pieces of 'MMXIV' into an,  I would say, much more solid track. One of the biggest differences is that we really started to focus on taking advantage of having two guitar players, making sure we weren't  just both playing the same heavy riff the whole time.

Personal flaws, mainly how they effect and interfere with daily life. Largely the negative impact they have on relationships. The way life could have been, in an alternate reality/alter ego situation.  Pretty consistently, substance abuse. Paranoia, mortality, so on and so fourth.

4.What is the meaning and inspiration behind the name 'Keeper'?

The full, actual name that we started with is, "Keeper: Of God and Birth." It's just about social and mental obstacles in life. Things that 'Keep' you or are your 'Keeper.' Say, substance abuse again for example. Mental disorders, negative people in your life. Whatever it may be, anything that is keeping you from being anywhere, anyway you want to be. Whatever you may be stuck on that is acting as your 'Keeper'

Well, the band has only played two shows haha. Both of them were with bands we are really really into. The first was with Full of Hell (My favorite grind/hardcore band) and the second was The Body. I'm not really sure how to answer the latter half haha. But there is a lot of head-banging.

Live is a little tricky for us at the moment. With live members, work, and other commitments. There has definitely been serious talk of touring though. So keep a look out for that, eventually.

7.You are a part of an upcoming split with 'Sea bastard', what are your thoughts on the other band that have participated on this release?

The coolest thing about them to us is the fact that they even thought to hit us up about it. We just posted a 'looking for splits' Post on facebook. Probably within the first month of us having the demo out, and they wrote us and were down. They've taken care of getting the ball rolling and stuff on the vinyl too which is super awesome. We're really appreciative of them for choosing to do a split with us.

8.The split is going to be released through a variety of many different labels, can you tell us a little bit more about them?

They're all rad and really supportive guys. We all came into contact from the original post that got us and Sea Bastard together. I think initially Medusa Crush told Dry Cough about us and they told Sea Bastard and we all came into contact. Black Reaper is Sea Bastrards label I'm pretty sure. Medusa Crush is just getting started, but has taken a huge foot hold on the promo for this split, I'm really impressed. Dry Cough has kept in touch with us since the beginning and is always showing support. All the labels are putting a lot of work into the split. Which is crazy to us! We just got started and we're being spoiled.  If you guys are reading this, thank you all so so much. It's great to see all this teamwork going on between these labels and people.

9.On a worldwide level how has the feedback been to your music by fans of black metal, sludge and doom?

Staggering actually. The internet is a crazy thing. We've gotten really flattering reviews and comments from people and blogs all over the world. Interestingly enough it actually seems like we ship more stuff over seas than we do here in the US haha. I have no complaints about that. It's an awesome feeling to know someone on the other side of the world supports the work we're doing. Especially enough to pay for a CD, or donate on our free download, even take the time to 'like' our Facebook. I'm amazed by how generous and close the doom and blackened community is around the world. They seek out new music to get into and really get into it, buying a tape or just telling a friend, doing what they can to keep it alive.

10.Are any of the band members involved with any other musical projects these days?

Yeah, Keeper is far from our first band. We are both in another band called, Tiger Lily (not the pop punk one) and a little side project called Favorite Child. Jacob is pretty active in his band PlasticBag FaceMask and solo project Skull Incision. Our other live members have some really cool bands too. Fiend, Grow, Choke Slam, and I'm sure a few others I am not thinking of at the moment.

11.When can we expect a full length album and also where do you see the band heading into musically during the future?

We're going to work on it this year for sure. It was actually going to be our last project, but we went with an EP instead. I really have no idea when to expect it though, which is a bummer.

We really want to head in a more blackened/melodic direction. To be more specific, more sad and 'pretty'. This doesn't mean we're going to stop being a doom band though. Our songs will still all be 60-90bpm haha. We have an EP coming out later this spring that really illustrates what I'm talking about.  The EP will be the big milestone for that sonic direction. With the number of splits we are doing and plan on doing though we will have lots of outlets for variety and experimentation. As the next few releases of ours come out you will see what we mean. They all sound a bit different. With major, conceptual, Keeper-only releases though, we want to continue with the aforementioned sound.

We throw around all sorts of stuff when writing material, but names that tend to come up a lot are: Monarch, Thou, and Love Sex Machine. More recently handfuls of black metal stuff. Specifically So Hideous or even more specifically Deafheaven's Sunbather played at 33RPM (See YouTube for that one). I (Penny Keats) am not listening to a lot these days to be honest. A lot of hip hop and RnB, but I try to keep up on some of the new heavy stuff that comes out. The new Full of Hell album has been on heavy rotation. I know it's not new but I listen the Bone Dance S/T a lot. I (Jacob) am always listening to new things and getting new albums from bands I see live or the Internet. Right now I'm really loving So Hideous as we mentioned, Young and In the Way, and Monarch is real big for me right now. I'm currently in a very dark and heavy musical place.

13.Does Occultism play any role in your music?

None at all. We actually make a point to avoid it.  There are several religious references in the lyrics, but none for any of those reasons.

I know it's corny but thank you to everyone who has helped us out so far. The support and work people have been putting into us has been shocking. In the best way possible. Thanks to all the labels who we've worked with so far. Grimoire Cassette Cvlture, Crown and Throne, Black Plague, Dry Cough, Medusa Crush, Black Reaper. They're not technically a label but CVLT Nation, they've always had our back. It rules.  If you've ever made a donation for the free download of the demo, double thank you. That stuff is wild. Special shout out to our friend Nyle Whitworth. Aaron of Lumbar, Rob of Most Precious Blood, the list goes on. So if we forgot you it's not because we dont love you.

Posted by OccultBlackMetal at 8:55 PM No comments: 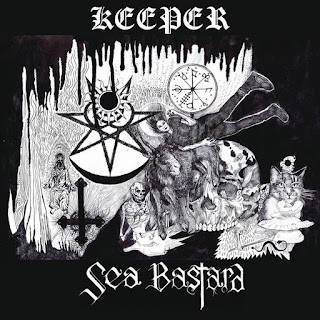 Facebook
Bandcamp
Posted by OccultBlackMetal at 6:15 PM No comments: