Before this project I played in many bands. But my problem of communicating with people made itself felt. Six months ago I started playing music in my home Studio. I had the idea to start a one man project. I originally planned to play Groove/Death Metal. But when I started writing music, there were a lot of Black Metal elements in it. I really liked how it all blends and I decided to act. And so the story of my project began.

2.Can you tell us a little bit more about the musical style you have went for on your recordings so far?

Of course death and destruction! (Joke.) In the lyrics most often I write about my misanthropy, human lust, the loss of people that were close to me, and about feelings of loneliness. Also sometimes about the mythical and mystical themes. In the lyrics I most often write "as is", without hidden meanings. I want to communicate my thoughts and feelings to the audience more clearly.

4.What is the meaning and inspiration behind the name 'Doom Rot'/

The meaning of the most banal. Doom represents the destructive activities of people. Rot - that people are just soulless meat that will die and rot. And I'm also a fan of game Doom.

I am ready to work with other people in the recording and production of other musicians. I have two dreams and one of them is to work with sound and help others with it. I get wild pleasure from it, ready to sit in the Studio all day and night. As part of my project, I don't want to work with anyone. It is only mine and only I can Express my thoughts correctly.

6.You have also done an 'Immortal' cover, what was the decision behind doing your own version of one of their songs?

Immortal once pushed me to make music alone. I was very inspired by them. And just recently, I decided to cover the song "Tyrants", thereby paying tribute to them. If it wasn't for them, maybe my project wouldn't have happened.

You know, before I didn't see the point in subscribing to the label, because I could solve all my problems and questions myself. But now I'm open to suggestions. I have more work, less time to do other things. For example: to make CDs, organize concerts and so on. It's getting harder to do everything alone. So yeah, I wouldn't mind working with someone on that.

8.On a worldwide level how has the reaction been to your music by fans of extreme metal?

Honestly, I was surprised how well people perceived my work. I haven't heard any negative reviews yet, which is strange nowadays. I am eternally grateful to all of them, I wish them only good from the bottom of my heart.

9.Where do you see yourself heading into as a musician during the future?

I rush from one thought to another, but it would be a pleasure for me to sit in the Studio and work with my music, to work with other musicians. Engage in sound engineering. Sometimes to give concerts. I just want to make music as much, as good, and as long as possible. I'll do it until I die.

10.What are some of the bands or musical styles that have had an influence on your music and also what are you listening to nowadays/

From Black Metal: Immortal, Burzum, Darkthrone, Watain. Of Melodic/Death Metal: Death, In Flames, Dark Tranquillity, The Duskfall, At The Gates, Insomnium, Amon Amarth, Helltrain. From Groove/Death: Feared, Machine Head, DevilDriver. Currently I often listen to Sylosis, In Flames, Celldweller, The Prodigy, Strapping Young Lad, Hypocrisy, Children Of Bodom. So many things, I am always with music.

I love to take pictures, to cook, I also love computer games. But all this is given little time due to the heavy workload.

Yes. Thank you very much for the interview!
I want to say that I will continue to try to please people with my creativity.
And a couple of off-topic thoughts: happiness is doing what you really like. And when it is estimated by people, it is doubly happiness.

Posted by OccultBlackMetal at 12:32 AM No comments: 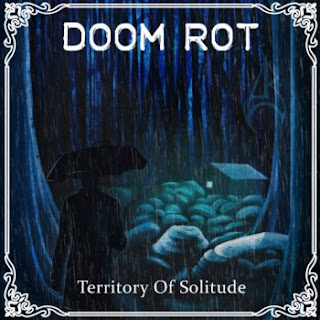 On  this  recording  Doom  Rot  remains  true  to  his  melodic  mixture  of   black,  doom,  death  and  groove  metal.  The  production  sounds  very  professional  for  being  a  self  released  recording  while  the  lyrics  cover  human  isolation,  fear,  loss  and  cruelty  themes. 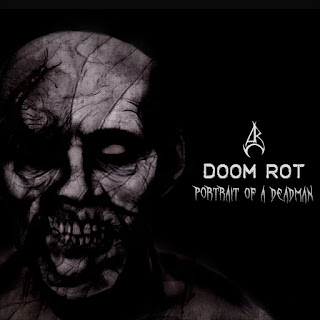 Doom  Rot  plays  a  musical  style  that  takes  black,  melodic  death,  doom  and  groove  metal  and  mixes  them  together  to  create  a  sound  of  his  own. The  production  sounds  very  professional  for  being  a s elf  released  recording  while  the  lyrics  cover  human  isolation,  fear,  lust  and  cruelty  themes.

Posted by OccultBlackMetal at 11:00 PM No comments: