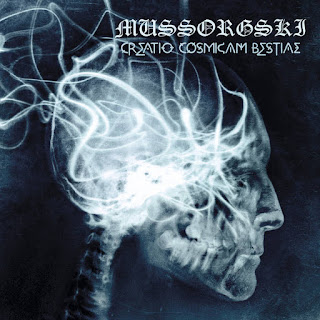 Mussorgski plays  a  musical  style  that  is  very  heavily  rooted  in  symphonic  black  metal  while  also  mixing  in  elements  of  experimental,  ambient  and  classical  to  create  a  sound  of  their  own, the  production  sounds  very  professional  while  the  lyrics  cover  scientific,  universe  and  anti  christian  themes.

Posted by OccultBlackMetal at 9:58 PM No comments: