The band was born in 2013 from the need to create a project around and inside the concept of  damnation, which the first concrete manifestation is I.N.D.N.S.L.E..
The main idea came from the mind of Gianluca, which plays bass on the full length and now the guitar with the current line-up. Following this idea few specific musician, also friends, already into extreme music scene, were recruited to make Fordomth real. In these past years the band had quite a singular background concerning line-up changes. Long story short Gianluca and Gabriele are the only former members still in the band, which consist in a four pieces now.

2.Recently you have released your first full length, can you tell us a little bit more bout the musical style you went for on this recording?

The common ground for the six former members was the same, consisting in Doom Metal and all its shades. In particular Funeral Doom Metal influenced by such bands as Catacombs, Ahab, Evoken, Thergothon and Longing for Dawn, to name few, were the foundation for I.N.D.N.S.L.E.. The many personal influences turned out in a very textural approach to the composition, making the result unique and even more precious thanks to the special featuring of Federica's violin in 'Interlude' and Salvatore's voice in the title-track.

3.The band has been around since 2013 but you waited until 2018 to play live shows or release an album, can you tell us a little bit more about the earlier years?

Concerning the gestation of Fordomth started in 2013, as we already mentioned, the past years were full of events, which were the reasons for the many line-up changes, not allowing the band to play live until now. Only in 2018 the line-up were consolidated to four members and for this reason our first release I.N.D.N.S.L.E. is, for now, not intended to be played live, still, we have many releases we're working on at the moment, which are also our current live sets.
About I.N.D.N.S.L.E. we're very pleased how the album turned out, so we decided it was due to release it in spite of everything.

4.The lyrics on the recording are a concept album, can you tell us a little bit more about the story you bring onto the album?

The theme is the Eternal Damnation, under its satanic and spiritual point of view.
The concept album follows the story of Lucifer’s damnation, from his fall from the heavens to his enthronement in hell. The very specific point of view consist in a first person empathy with Lucifer, who starts his path as bringer of light to culminate both in damnation and in bringing that aforementioned light into himself.

5.What is the meaning and inspiration behind the name 'Fordomth'?

Fordomt means condemned in Norwegian language, so this word bears into itself the complete concept which around the band was born. We choose a Norwegian word both as a tribute to this country Black Metal scene, which always influenced us, also because we think Norway has an historical background that is closely bounded to the concept we want to express with the word Fordomt.


6.Can you tell us a little bit more about the artwork that is presented on the album cover?

All the artworks were developed by View From The Coffin who perfectly caught from the first moment our spirit, so he provided an essential aspect to I.N.D.N.S.L.E. cover art, which mainly consist in the band logo, so the listener attention can be channeled more into music.

By now we decided to not play live very often to focus on the studio production, still our first live exhibition, Jettasangu Fest vol.1, was very significative for us, because both started the series of event branded by Tifone Crew, a D.I.Y. booking and promoting agency for extreme music which every member of the current line-up is involved into, also because it was the first and only live show played in a five pieces line-up. The extra member was Riccardo, guitarist and former member of Fordomth. He had to move to Budapest the day after the show, so it was a goodbye to our friend.

No. We do not plan to play I.N.D.N.S.L.E. live at the moment.
Still we are planning to play several gigs and perhaps an Italian tour with our new current set.

9.The new album was released on 'Endless Winter Records', can you tell us a little bit more about this label?

Endless Winter Records was immediately interested in releasing I.N.D.N.S.L.E..
Gennady's great enthusiasm and professionalism were great resources for us from the first approach. We planned together how and when to release the album and everything was very fast and efficient. We are deeply honored to be part of the Endless Winter roster.

10.On a worldwide level how has the reaction been to your music by fans of black. sludge and funeral doom metal?

By now we received great approvals and support by everyone who listened to the album, especially from the ones who are into this musical panorama. This support made us even more motivated to keep up the good work and we're doing our best for the next releases.

First it’s appropriate to talk about what happened until now to better understand what will be in the future. The Funeral Doom style have been mixed with Sludge Doom and Black Metal by now, sometimes this last influence one is more prominent then the other ones, sometimes it’s the opposite. Still, during the composition process, we always want to stay true to our funereal intents. About the future, we will see.

Despite some slight differences in music preferences and previous band experiences, we spontaneously found a synergy between us, also thanks to our common grounds which are bands like Primitive Man, Mgła, Wiegedood, Catacombs, Vermin Womb, Sargeist to name few.

We live our lives with the consciousness to follow our very own natures, that’s it.

We are deeply thankful to everyone out there supporting us and for those who keep their eyes peeled we’ll deliver some exciting news soon, thank you.

Posted by OccultBlackMetal at 6:33 PM No comments: 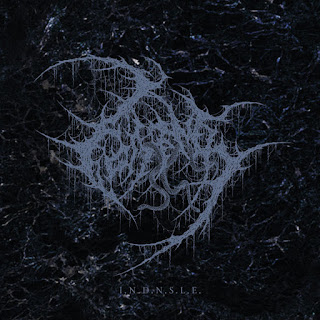 Forndomth  plays  a  musical  style  that  takes  black,  sludge  and  funeral  doom  metal  and  mixes  them  together  to  create  a  sound  of  their  own,  the  production  sounds  very  professional  while  the  lyrics  are  a  concept  album  covering  based  upon  eternal  damnation,  developed  under  it's  satanic  perspectives.

Posted by OccultBlackMetal at 6:22 PM No comments: