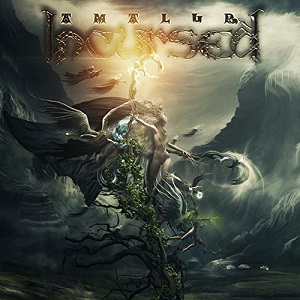 On  this  recording  Incursed  bring  in  more  of  a  melodic  style  of  viking,  pagan  and  fol  metal,  the  production  sounds  very  professional  for  being  a  self  released  recording  while  the  lyrics  cover  battles,  war,  Paganism  and  nature  themes. 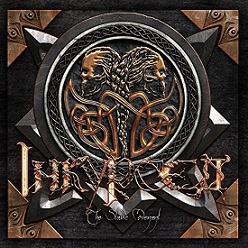 Incursed  creates  another  recording  that  remains  true  to  the  pagan,  and  viking  style  of  folk  metal  from  previous  releases,  the  production  sounds  very  professional  for  being  a  self  released  recording  while  the  lyrics  cover  battle,  war,  Paganism  and  nature  themes.

Posted by OccultBlackMetal at 2:20 PM No comments: 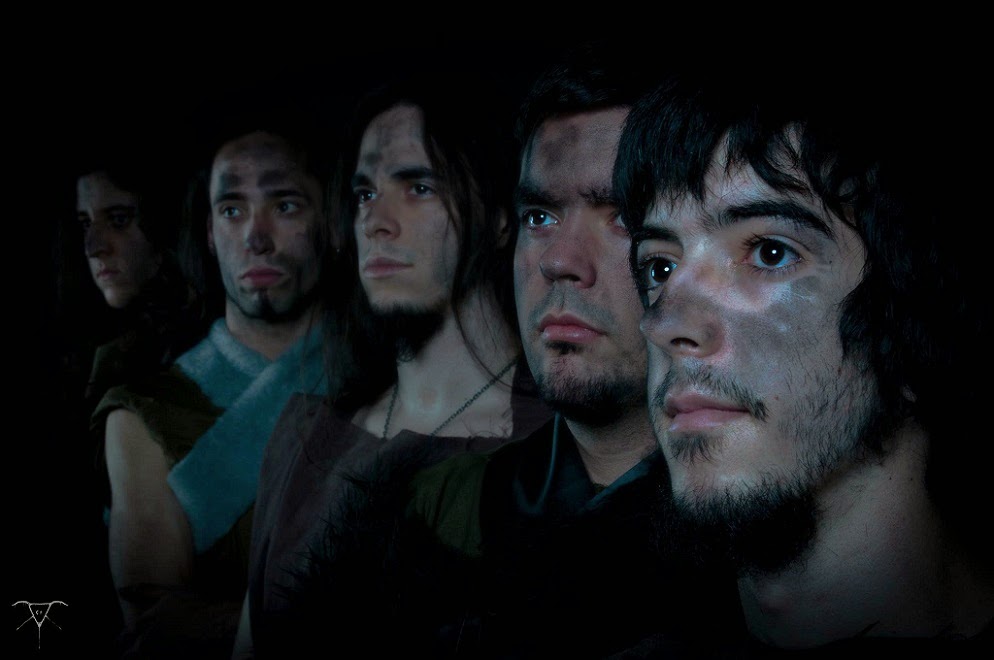 Media: A Different Shade Of Black Metal zine, USA
Band: Incursed
Answering: Narot Santos - Main vocals, rhythm guitar
1.Can you give us an update on what has been going on with the band since the recording and release of the new album?
Since we finished recording “Elderslied” we’ve started our rehearsals and we’ve been improving our playing costumes for our new 2015 shows. We have also been contacting with bands and management all over Spain and Europe so we can prepare as many shows for this new year as possible.

2.In 2014 you had released both an ep and a full length, how would you describe the musical sound of the newer music and also how does it differ from the stuff you have released in the past?
We think that our new music has a really professional sound, specially if you compare it with our older albums. The main difference could be the quantity of instruments and audio tracks per song. These new songs are richer and deeper in composition. For example, for Fimbulwinter we had songs composed years before its release and new songs made for the album, so it was kind of chaotic. This new
music is more coherent in this way.

3.Your lyrics cover some Nordic Paganism themes, can you tell us a little bit more about your interest in this subject?
Some of us are quite interested in Paganism and History. It is quite cool to see how some of this Pagan beliefs are mixed with other religious views, or how are they shown in movies, comics, video games and modern stuff. Basically, we were interested in Norse and Germanic mythology way before the band started, more than seven years ago, and we found in music a great way to spread this interest and share it with people worldwide.

4.What is the meaning and inspiration behind the name ‘Incursed’?

The name was formed after the combination of “Incursion” and “Cursed”, but also is the past tense of “Incursion”, so it’s like some kind of pun too. Beware of the spanish cursed raiders!

5.What are some of the best shows that the band has played over the years and also how would you describe your stage performance?
Probably, our best show was in Ukraine, at the Carpathian Alliance Fest, in 2013.
What makes it the best is, mainly, the fans there. They were incredible! We have played in some nice shows here in Spain, for example Keltoi Fest in Zaragoza, HOM Fest in Burgos and Arrowsnight Live, in Bilbao. The newer the shows the better they are, mainly because of the experience we’ve been achieving during these years. Our shows are quite powerful, we try to give our best in each one. We dress according to our music, with ragged clothes and fake fur, bones, and any kind of “barbaric” stuff, so we can get in our roles easier onto the stage.

6.Do you have any touring or show plans for the new album?
We are presenting “Elderslied” in our hometown, Bilbao, on February. We are  closing some gigs across Spain to play our new songs, but it can’t be described as a tour for the moment.

We are working with some promotion agencies as, for example, Metalmessage, but we are currently unsigned. However, we are open to check any offer that could be received.

8.On a worldwide level how has the feedback been to your music by fans of viking, pagan and folk metal?

It has been really positive! People all around the world have bought our albums and we’ve got lots of highly positive reviews for our previous album “Fimbulwinter”.
We’ve received some reviews for “Elderslied”, our new album, and they are really nice too. It is so rewarding to see that people really like something you’ve put so many work, time and effort on it.

9.Are any of the band members involved with any other bands or musical projects these days?
Our keyboard player, Jonkol, plays in a death/power metal band named “Orion Child” and our drummer, Asier Amo, has a doom/death metal project named “Hex”

10.Where do you see the band heading into musically during the future?
Well, right now we have to exploit “Elderslied” to the max, as it has just been released. But probably by the end of 2015 we’ll start composing and working again on new songs. We will try to keep the essence of our music intact so we can improve our music without changing our spirit.

11.What are some of the bands or musical styles that have had an influence on your newer music and also what are you listening to nowadays?
We have been influenced by many of the latest albums of big bands playing our musical style, such as Finntroll, Moonsorrow, Turisas... but our influences are so, so different and multiple! We like bands as different as The Algorithm or Mike Oldfield.
Try to imagine the huge amount of influences that can be found in this spectrum of musical styles. We even love the new japanese sensation, Babymetal!
12.What are some of your non musical interests?

All of us are into videogames. Asier and Jonkol are big fans of soccer. Juan, our bass player, is a digital painter. We like watching series as Breaking Bad or Game of Thrones. Asier Amo is a big fan of trekking and medieval fighting shows and Narot likes to read sci-fi books, specially Asimov. I guess we are just normal guys after all!

We want to thank you for this great interview and tell all our fans to follow us on our facebook account (facebook.com/IncursedOfficial) and to not hesitate and tell us what do they think about our music, shows, etc. And we hope to play in the States someday, that would be super cool!

Posted by OccultBlackMetal at 1:03 PM No comments: 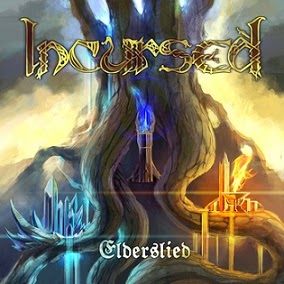 Incursed  creates  a  very  epic  sounding  folk/viking  metal  album  with  this  recording  which  they  also  mix  in  with  the  heaviness  of  melodic  blackened  death  metal  to  create  some  truly  pagan  metal,  the  production  sounds  very  professional  for  being  a  self  released  recording  while  the  lyrics  cover  Norse  paganism,  Fantasy,  Battles,  War  and  Nature  themes. 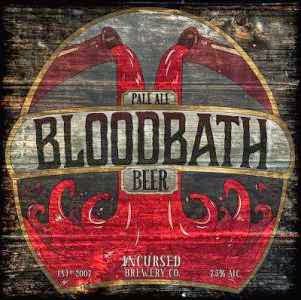 Incursed  plays  a  style  of  pagan/viking  metal  that  also  incorporates  a  great  amount  of  folk  music  elements  along  with  s  heavy  influence  from  melodic  blackened  death  metal  and  a  touch  of  progressive  rock  to  create  a  sound  of  their  own,  the  production  has  a  very  professional  sound  for  being  a  self  released  recording  while  the  lyrics  cover  beer  drinking.  paganism,  battle,  war  and  nature  themes.

Posted by OccultBlackMetal at 4:11 PM No comments: