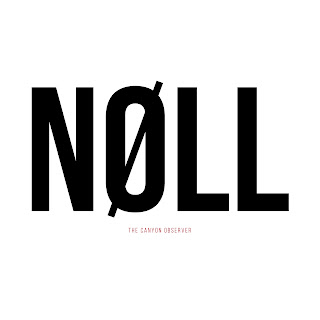 Distorted  sound  drones  and  soundscapes  start  off  the  album  before  adding  in  some  guitar  leads  while  spoken  word  parts  can  also  be  heard  briefly  along  with  the  vocals  also  bringing  in  a mixture  of  growls  and  black  metal  screams  as  well  as  bringing  in  the  heaviness  of  sludge  and  doom  metal.

On  this  recording  The  Canyon  Observer  expands  on  their  mixture  of  black,  post,  sludge  and  doom  metal  by  adding  in  elements  of  crust,  experimental  and  noise  to  take  their  sound  to  a  different  level,  the  production  sounds  very  dark  and  heavy  while  the  lyrics  cover  dark and  disturbing  themes. 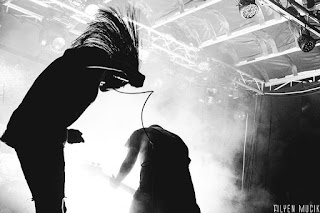 1.Can you give us an update on what has been going on with the band since the recording and release of the new album?
We are regrouping and getting our strength back as the release was really intense emotionaly , physically and financially.

2.Recently you have released a new album, how would you describe the musical sound that is presented on the recording and also how does it differ from the stuff you have released in the past?
New stuff is much more aggressive. We just didn't care what kind of album we are making, genre speaking. We just played from the heart and FVCK is what happened. We experimented with new rhythms, new sound, vocal range and style. We just did what had to be done and this is what happened.

4.What is the meaning and inspiration behind the name 'The Canyon Observer'?
Go on a psychedelic trip in a canyon listening to our music and than tell us.

5.What are some of the best shows that the band has played so far and also how would you describe your stage performance?
We always go all-out during a show. Whether there is 5 people on the show or 500. We like it raw & without a lubricant. Just pure penetration of sound and visuals that give us a braingasm. There were so many great shows that i couldn't even pick just a few. We love it when the folks get into the music and get close to the stage, get close to the sound and participate in the show. It makes us give even more energy and the show is even more fucked up that way.

6.Do you have any touring or show plans for the new album?
Nik?
Well, from 19th till 28th of February we are going on a Brutal Winter Fest 2016, which is a tour in Cuba. So that's a big thing for us now and we are really stoked about it.
And we are also playing some summer festivals.
Metal Days being one of them.

7.Can you tell us a little bit more about the deal you have signed with 'KAPA Records'?
Nik?
Jacuzzi and bitches. and also they've helped us a lot with promotion of "FVCK" and many times they've financially backed us up for our tours (also this Cuban one, we couldn't do it without them), CDs, vinyls, you name it! They are really great gals/guys and we are forever grateful to them.

8.On a worldwide level how has the feedback been to your albums by fans of underground and extreme music?
The feedback was awesome. First VOX offered to co-release the album, the guys from No clean singing premiered our album, we got tons of reviews from abroad and we couldn't be happier with the result. We poured our hearts and souls into this album and the people took it with respect and love. We appreciate all the guys and gals that supported us and hope to see you at a show soon!

9.Where do you see the band heading into musically during the future?
Thats a trick question. We believe that if you decide strictly for a genre you can only make something that has already been done. If you think outside of the genre we believe you can still make something special and unique to what the initial idea of the music was. So I don't know. We will see where the music takes us.

10.What are some of the bands or musical styles that have had an influence on your music and also what are you listening to nowadays?
We have had so much different influences, from sludge bands up to black metal & noise so we just couldn't go into details what we use and what just flows out. We just go with the flow, the way music should be made.

11.What are some of your non musical interests?
Cats & drugs.

12.Before we wrap up this interview, do you have any final words or thoughts?
Love hard, fuck harder. 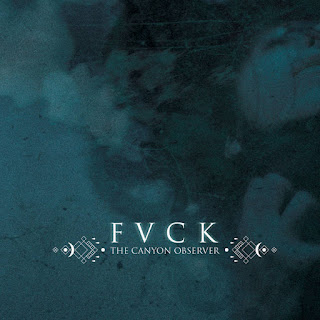 Drum  beats  start  off  the  album  before  going  into  a  heavy  sludge  metal  direction  along  with  some  grim  yet  high  pitched  black  metal  screams  and  the  music  also  mixes  in  elements  of  post  metal  and  after  awhile  death  metal  growls  can  be  heard  in  certain  sections  of  the  recording  along  with  some  melodic  guitar  leads  being utilized  at  times.