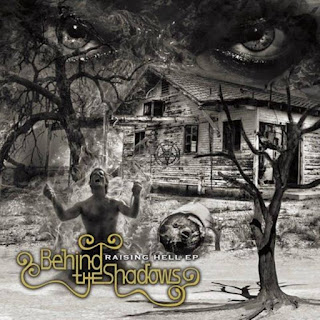 Behind  The  Shadows  plays  a  musical  style  that  takes  power  metal  and  mixes  it  with  black,  melodic  death  metal  and  some  symphonic  elements  to  create  something  very  original  sounding,  the  production  sounds  very  professional  while  the  lyrics  cover  dark  themes.

Posted by OccultBlackMetal at 9:29 PM No comments: